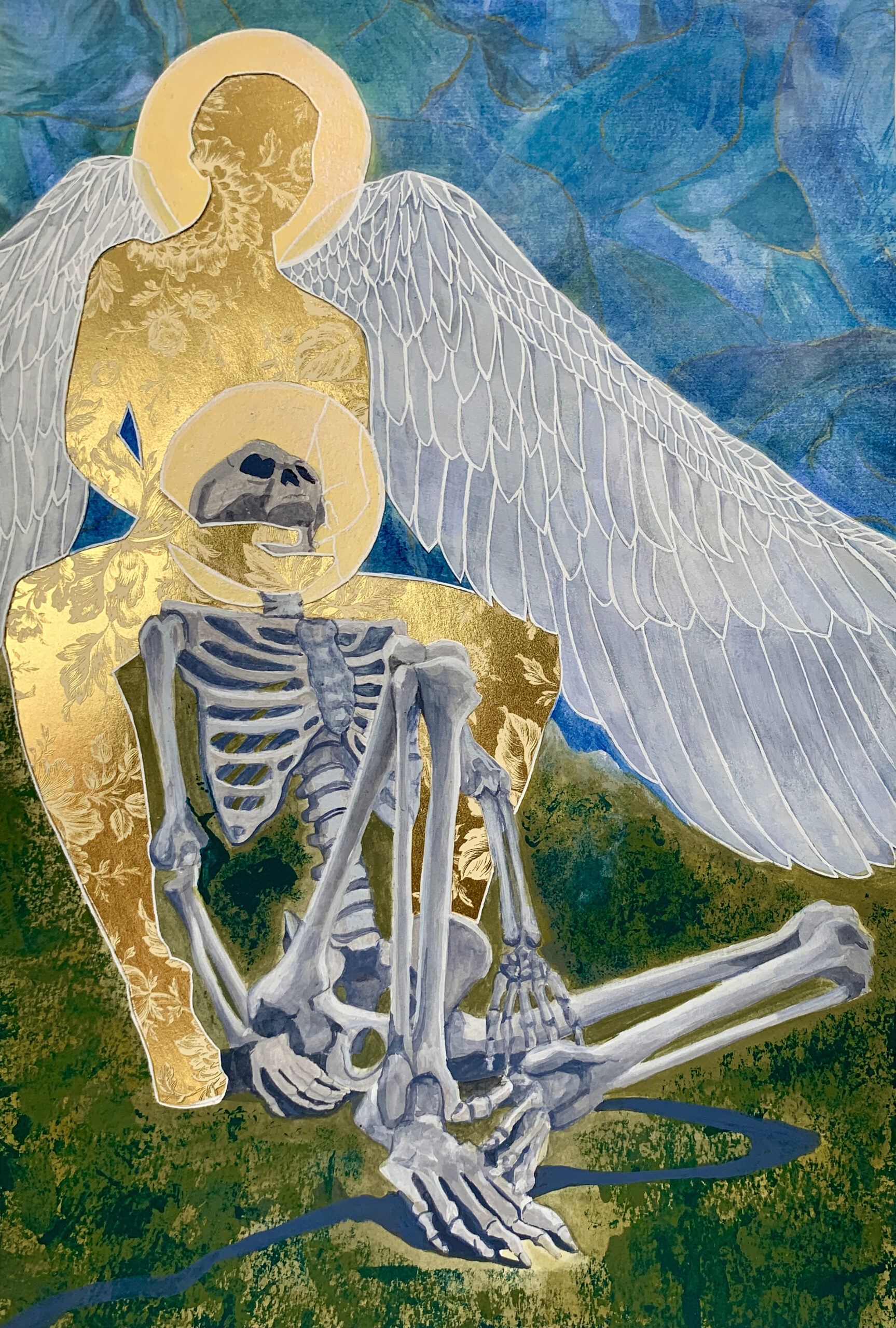 In this collaborative effort with the Handel and Haydn Society, I drew inspiration from Part 3 of Handel’s Messiah. Although I was not raised Christian, I found myself struck by the line, “And tho’ worms destroy this body, yet in my flesh shall I see God.” Having little previous personal connection to the New Testament, I was surprised to feel truth in its words. Consciousness is the Universe (sometimes called “God”) experiencing itself, and thus true divinity is articulated through life on the mortal plane. I drew from this perspective in my piece to explore the unknowable through the tangible. 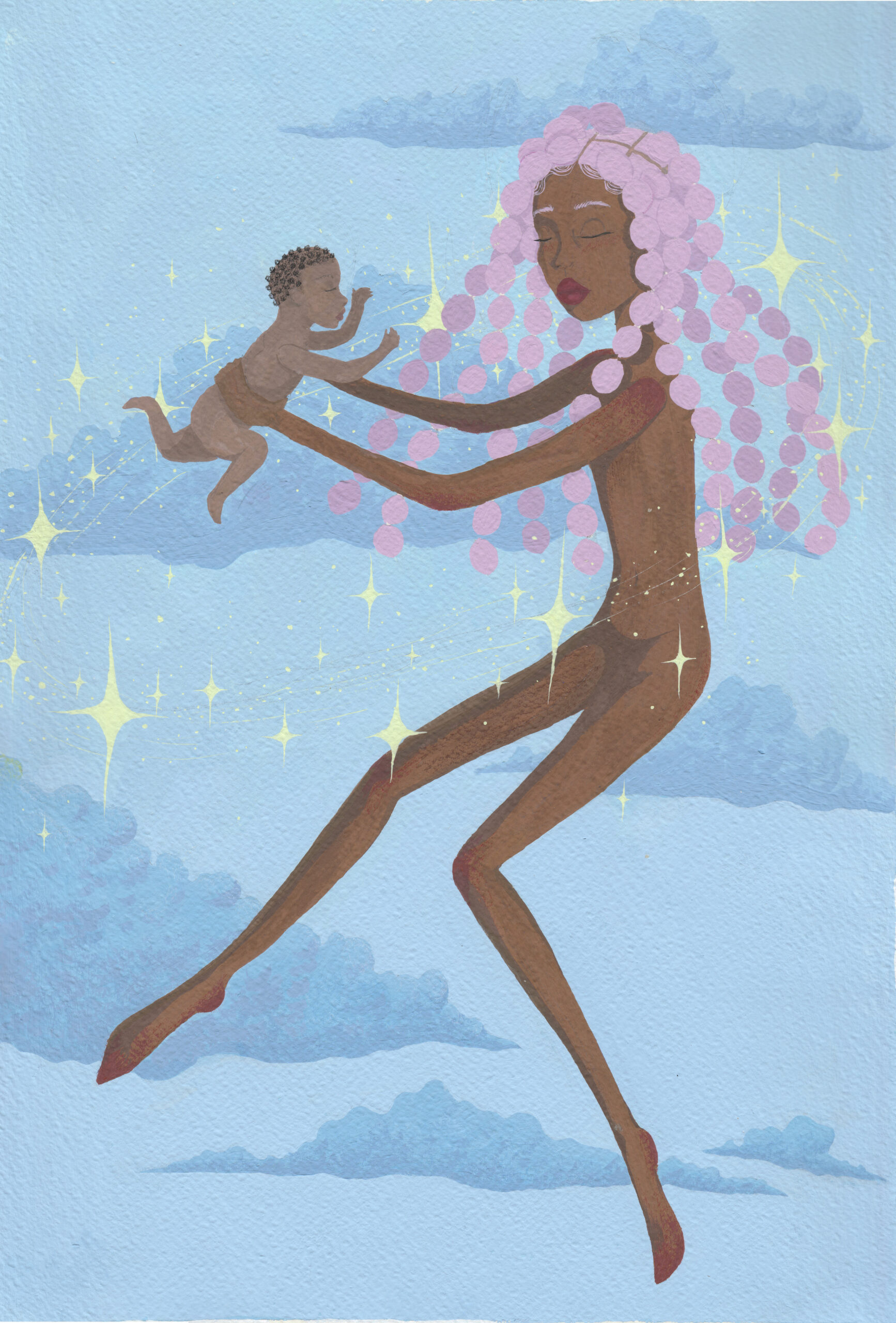 For this piece, I chose to depict the Madonna and Child stripped of the traditional imagery and religious context. I chose to use black bodies in my piece because I feel that they are missing from the majority of renditions of the Madonna and Child. I was inspired by the works of Aya Takano and tried to render my figures as she does, floating through space surrounded by stardust. In this piece I aimed to capture a sense of wonder and otherworldliness while also highlighting the bond between mother and child. 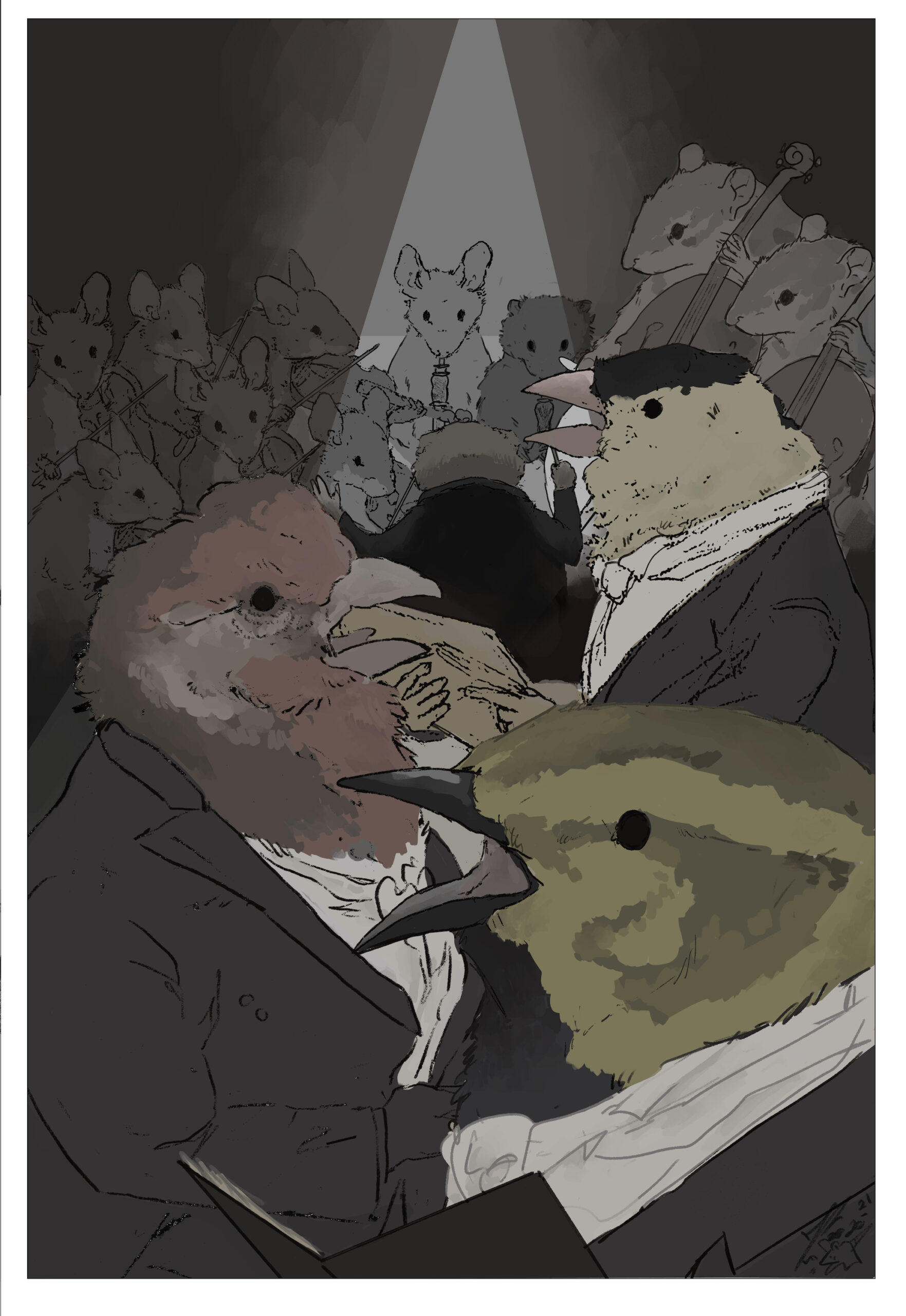 For my piece, I depicted the orchestral group as New England animals because my work tends to focus more on scientific Illustration and natural observation so drawing a subject like this was easier for me to come up with concepts too because in honesty, I'm not a major fan of orchestra music and religious songs or references. For the animals its a range of house and deer mice, common vole, chipmunks, a NA short tailed shrew, American goldfinch, Black-throated Green warbler and a House finch. I don't mean to make this piece as an insult to anyone for making them as a small animal, The birds I chose for this piece I chose based on the tone of the bird song and if it sounded the same to the singer, the other animals I picked based on size and some are a common known animal so I thought including that would give familiarity to the animals. 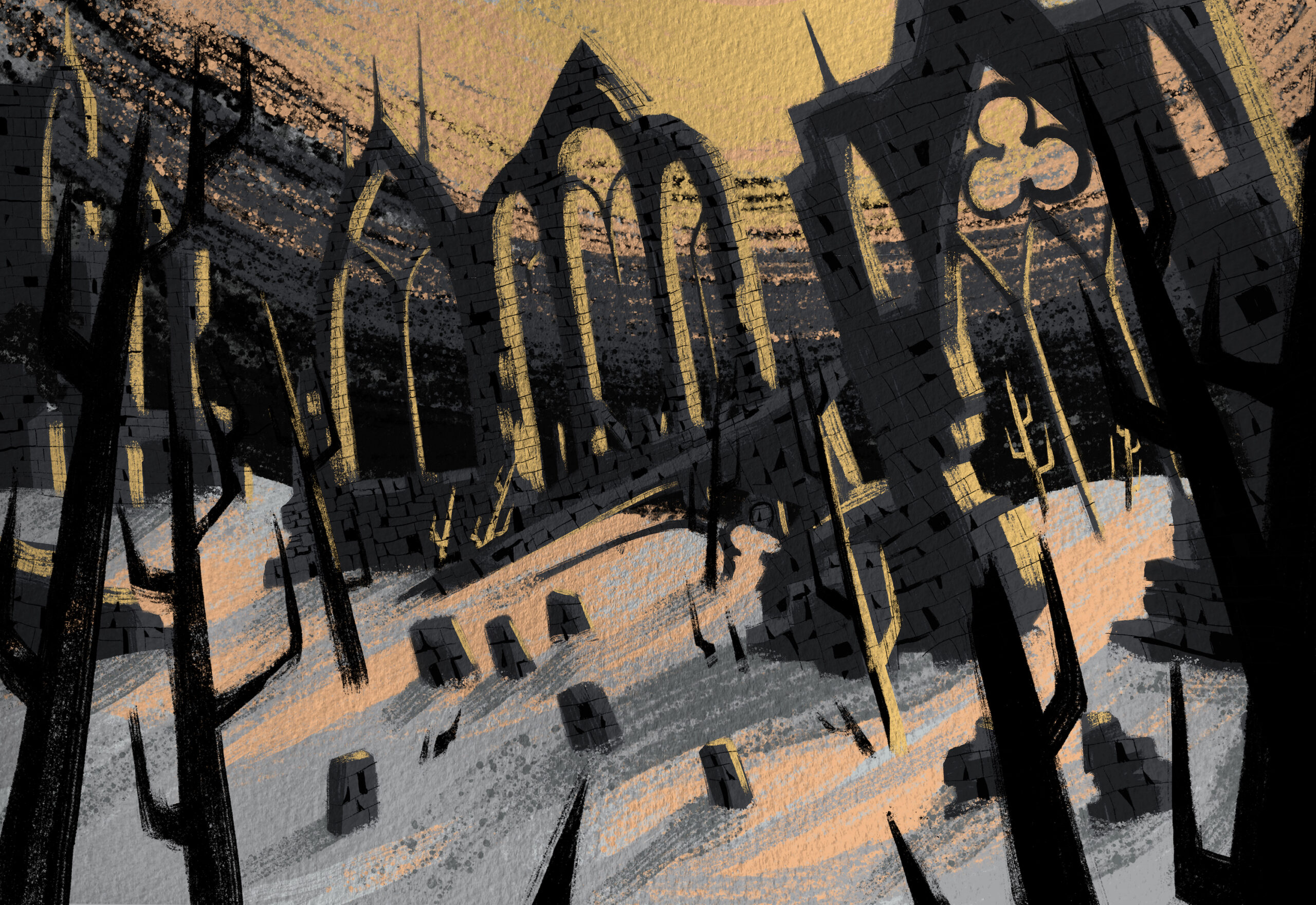 This is a complex piece full of mythic themes. When I think about the evocation of mythos in Messiah, I think of grand ruins of legend that we can neither visit nor truly imagine in their own time. It brings to mind the works of Caspar David Friedrich, from which I have always found a great enchantment and by which I pay homage here. Against this gentle peach-colored sky the warm sun reveals cold stone edifices in a desolate land. It is a landscape that raises more questions than answers and leaves us searching among its remains for greater understanding. 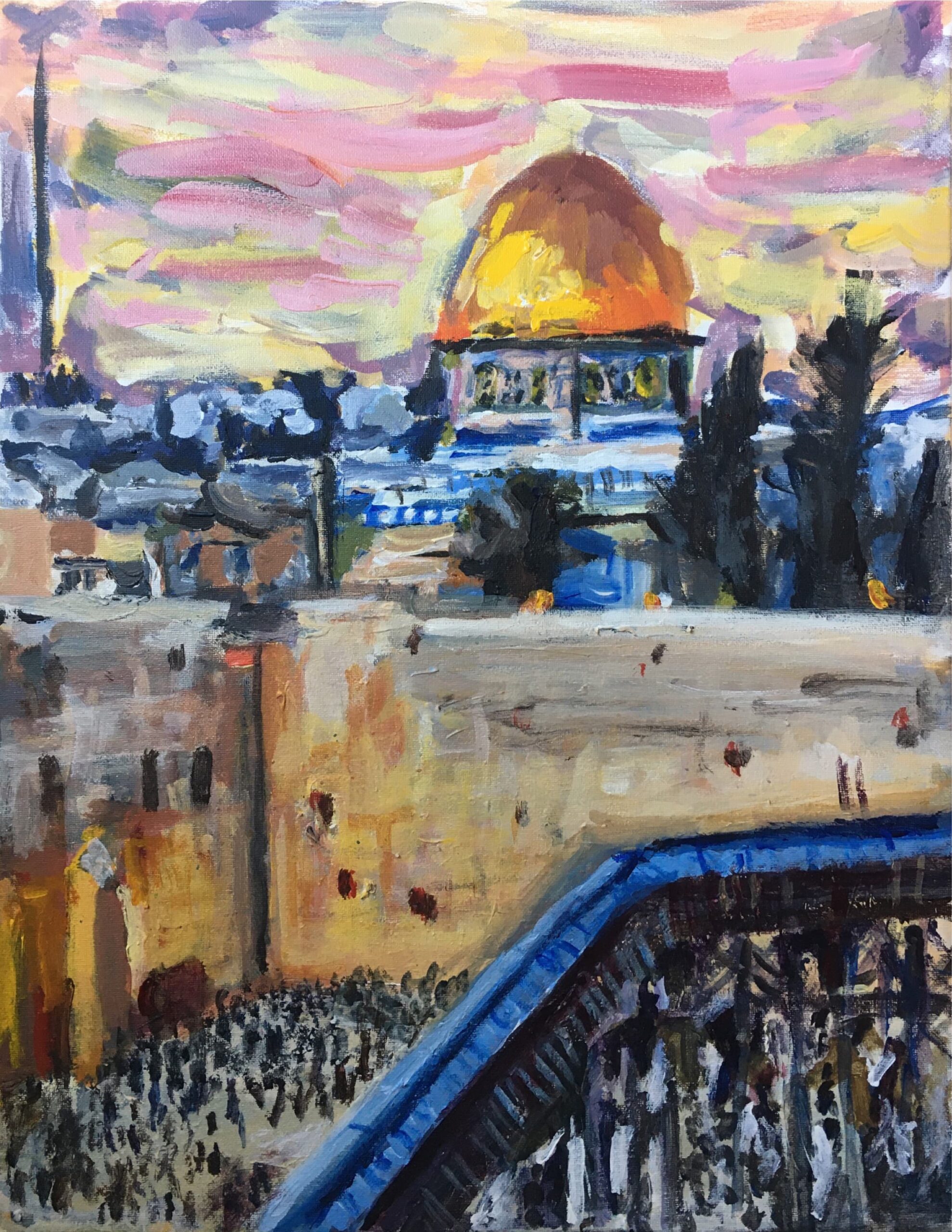 This piece is inspired by the harmonious instruments of Handel’s Messiah. While listening to the music, I thought of the colors and lights of Jerusalem, as well as the general wonder of the city. I felt it would be best to capture Jerusalem during the evening so that I could display how magical the city looks with the yellow and pink colors of a sunset highlighting the massive forms of the city. The tall buildings and many shapes of Jerusalem were an exciting experience to paint, as I was able to make brush strokes that I felt captured the structures and many colors of the scene. 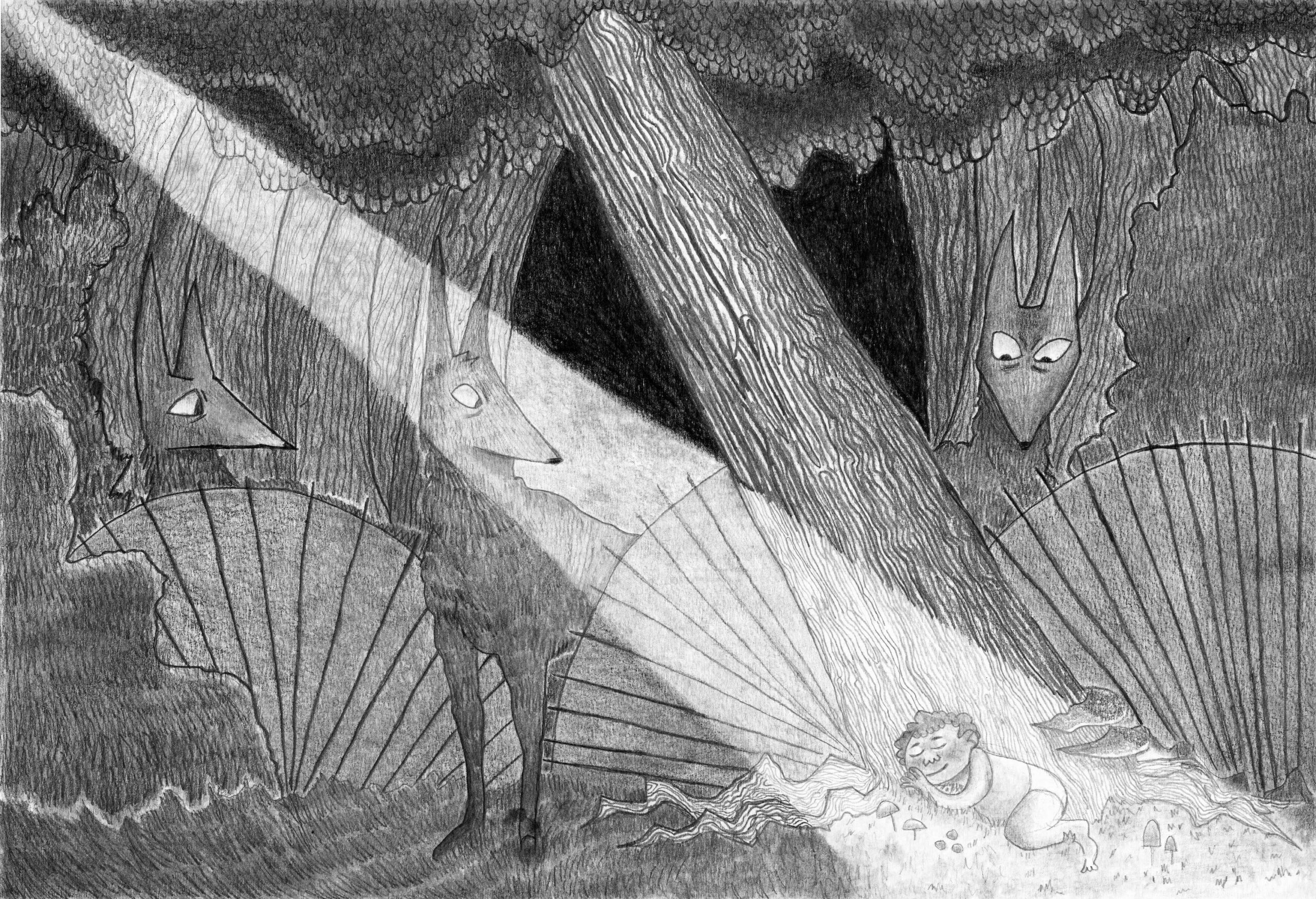 For this piece, I wanted to take the idea of "birth," which was greatly inspired by listening to Messiah, and put an interesting twist to that concept. Along with the musical piece, I was also inspired by the myth of Romulus and Remus and how they were raised by the She-Wolf. So I took that and created this piece, which represents not only the "birth" of a child, but also the birth of their connection with nature and the wolves. 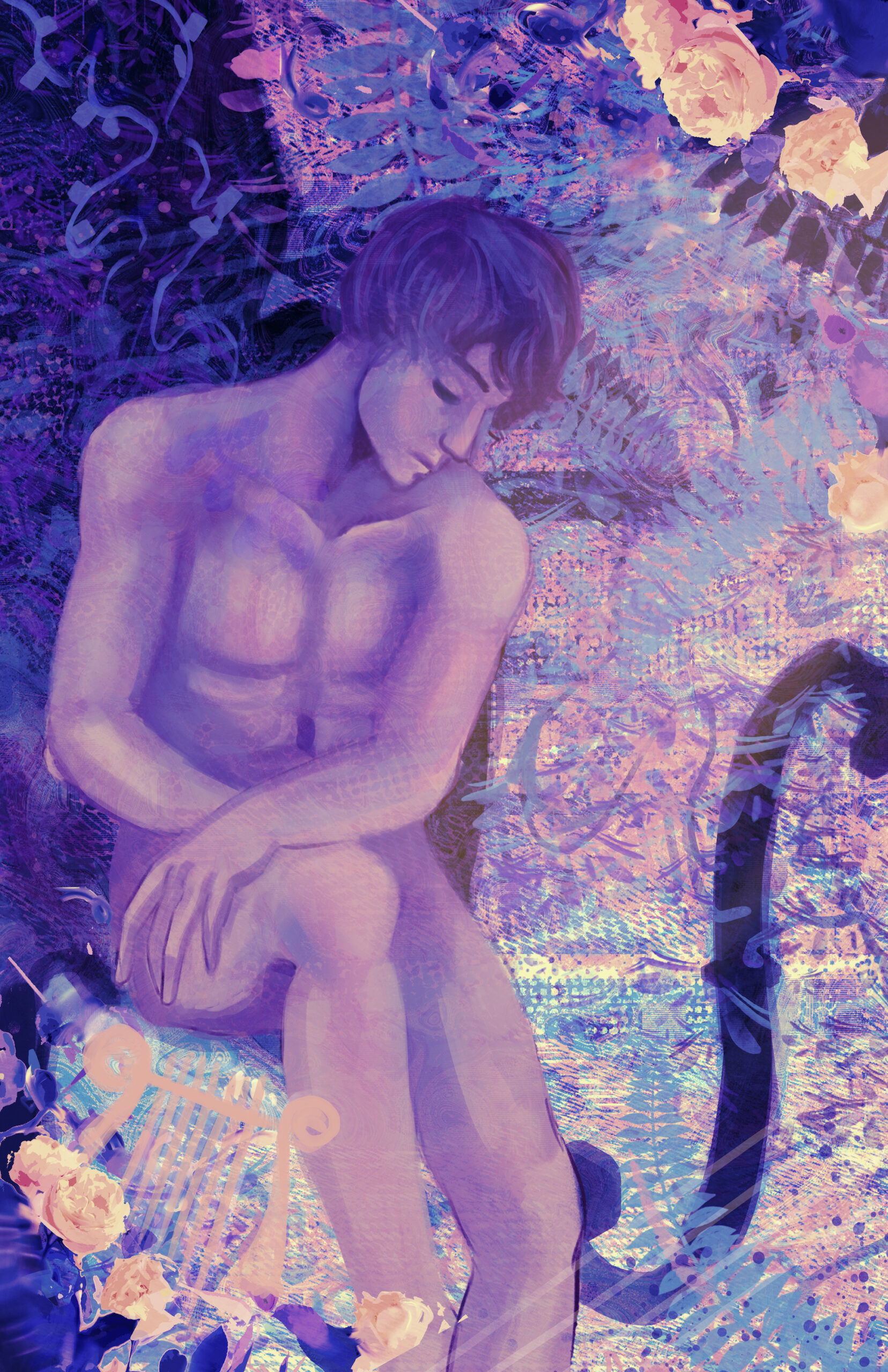 With this work of art I really want to incorporate the classical nature of Music and Fine Art that’s in the Handel and Haydn Society when they perform Messiah. As someone who plays the violin ever sense I was in 2nd grade this project really hit close to home for me. I wanted to, in a sense, revive nature classical of these pieces in a modern medium like digital art. The digital world has become a very important and integral part of life this past year or so. It only felt appropriate to use digital as a medium. I used images from the performances from the Handel and Haydn Society. I’ve incorporated more textures like using music score sheets and programs as textures within this artwork. 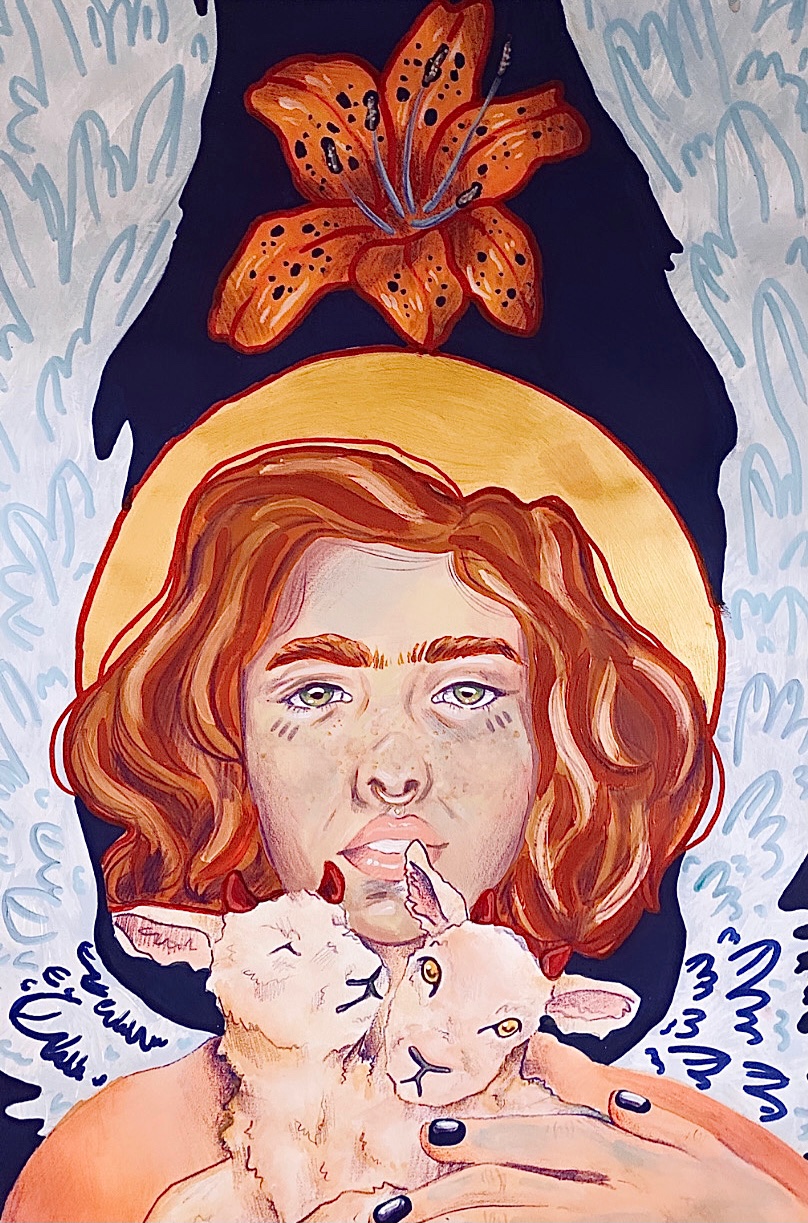 In this collaborative piece with the Handel and Haydn Society, I tried to capture the almost “God” like and angelic feel to the musical piece Messiah. I felt myself to be surrounded (figuratively) by an angelic presence while listening to what sounded like the heavens. This piece showcases my ideas on the divine while exploring texture and different mediums.