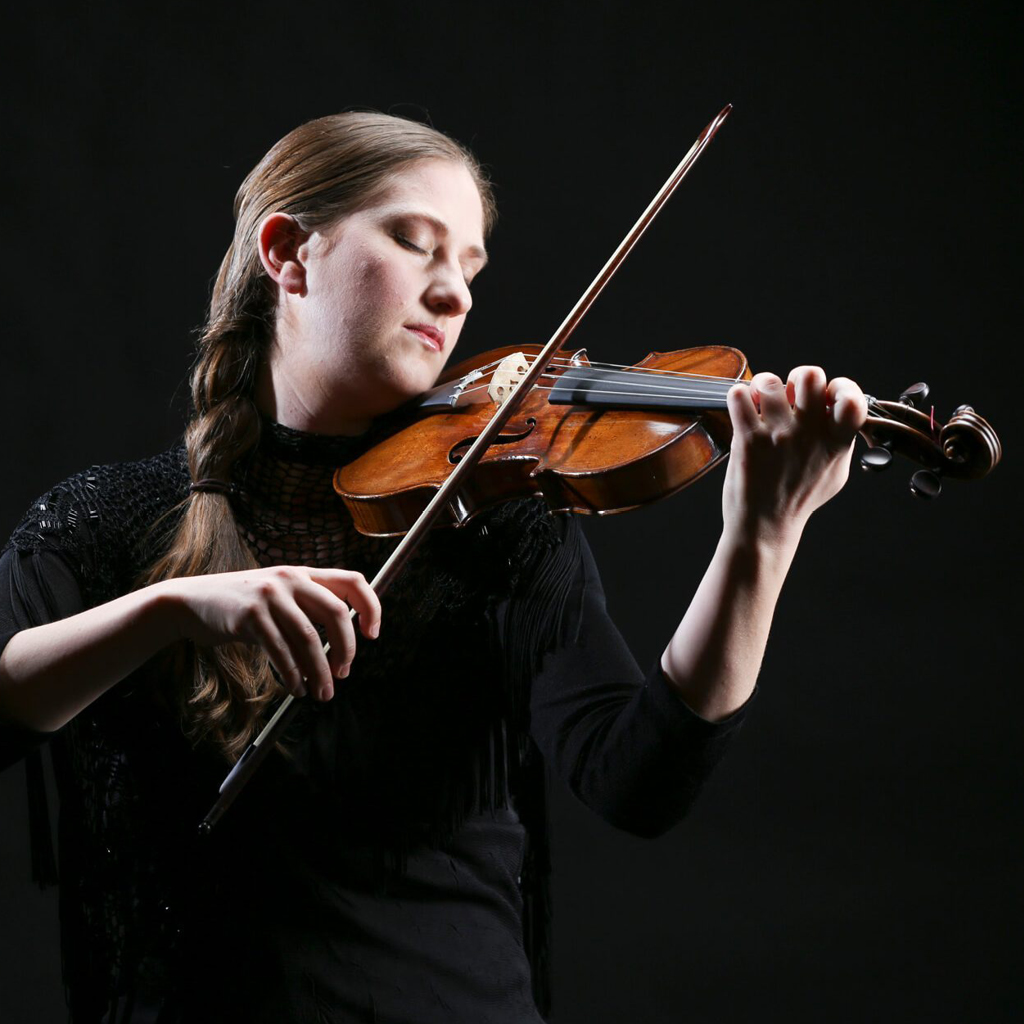 Born in Saskatchewan, Canada, Christina Day Martinson has been a featured soloist with Boston Baroque, Handel and Haydn Society, The Bach Ensemble, Tempesta di Mare, the UNICAMP Symphony Orchestra (Brazil) and the Symphony Orkest Mozart in Amsterdam. Ms. Martinson serves as concertmaster for Boston Baroque, and is associate concertmaster for the Handel and Haydn Society. She has served as concertmaster under conductors such as Roger Norrington, Richard Egarr, Bernard Labadie, Nicholas McGegan, Lawrence Cummings & Harry Christophers, among others. Ms. Martinson has been featured several times on WGBH radio’s “Classics in the Morning” with Cathy Fuller, performing Heinrich Biber’s “Mystery Sonatas” with Martin Pearlman at the harpsichord. She performed all of the Mystery Sonatas in 2012-2013 and was chosen as one of the top 10 performance of the year in 2012 and Jeremy’s Eichler’s top concerts of 2013. “Her playing in each work combined a secure grasp of period style with a fearless technique and, best of all, a delightful sense of spontaneity and imagination” – The Boston Globe, 2013.In 2008, Ms. Martinson recorded Vivaldi’s Four Seasons with Boston Baroque for Telarc Records. The CD was released in January, 2009. “This is story-telling par excellence, Martinson’s polished technique and elegant musicianship fired in the kiln of imagination to produce mind-pictures of such vividness that the Greek term ekphrasis, with all its rhetorical associations, hardly covers it” – Gramophone, May 2009.