Here are a few of the questions we get the most about H+H, Box Office, and concert etiquette. If you don't see what's on your mind, reach out to us anytime on phone or email. 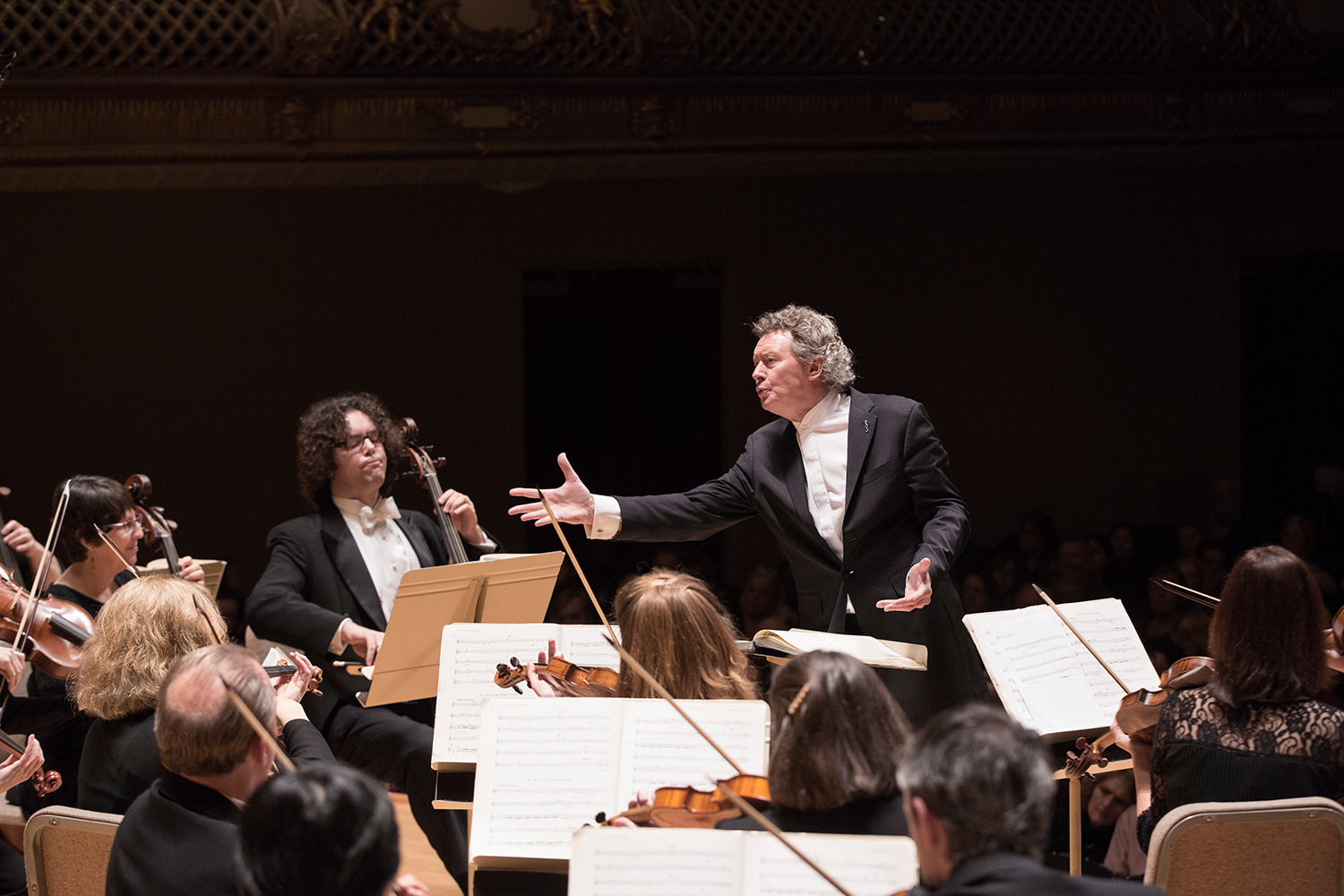 What is the Handel and Haydn Society?

Founded in 1815, the Handel and Haydn Society (H+H) has performed for over 200 consecutive seasons, the most of any arts organization in the U.S. Its Period Instrument Orchestra and Chorus are internationally recognized in the field of Historically Informed Performance and known for excellence and innovation in music education. Read more about H+H, our period instrument orchestra and chorus, and our education programs.

What is Historically Informed Performance?

Historically Informed Performance (HIP) is the practice of performing works as composers intended, using period instruments (from the composer’s time or built like those that existed then) and ensembles comparable in size to those that would have performed during the composer’s lifetime.

Who are Handel and Haydn?

George Frideric Handel (Halle 1685–London 1750) was one of the great composers of the Baroque era. Born Georg Friedrich Händel in Germany in 1685, he anglicized his name when he became a naturalized British subject in 1727. He studied in Germany and Italy before settling in London, and was heavily influenced by both the Italian Baroque and German choral traditions. He is most famous for his oratorios, including Messiah, but also made important contributions to opera and chamber music. Joseph Haydn (Rohrau 1732–Vienna 1809), or Franz Joseph Haydn, was one of the great composers of the Classical era. Like Handel, he made important contributions to the oratorio genre, most notably with The Creation. He was known for being a musical jokester, and wrote many false endings, surprising loud chords, and even pauses for violins to re-tune. He is often considered the father of both the symphony and the string quartet.

Do you only play music by Handel and Haydn?

Despite its name, H+H does not exclusively play the music of Handel and Haydn. At the time of its founding in 1815, H+H’s name was chosen to honor Handel, then considered the greatest of the “old” composers of the Baroque period (1600–1750), and Haydn, considered the greatest of the “new” composers of the Classical period (1750–1830). A model of innovation and excellence, H+H has presented countless American and Boston premieres of works by composers such as Bach, Beethoven, Mendelssohn, Mozart, and Verdi, as well as Handel and Haydn.

How do I buy tickets?

You may purchase tickets by calling our Box Office at 617.262.1815 or ordering through our website. Our Box Office phone hours are Monday through Friday, 9:00am–5:00pm and our onsite Box Office hours are 10:00am–5:00pm. Tickets are also available for purchase at the concert hall beginning 90 minutes prior to the start of the performance.

Can I get a refund for my ticket purchase?

Unfortunately, tickets are nonrefundable. We encourage you to exchange your tickets for a different program in our season or return them as a tax-deductible donation in advance of the concert.

How do I exchange my ticket?

We’re happy to exchange your ticket for any ticket of equal value to any performance remaining in the subscription season. If you would like to upgrade your seats, you will be charged the difference between your new and original tickets. No refunds are available if you choose to exchange your ticket for a lower-priced seat. To exchange tickets, please include your name, title/date of the original concert, title/date of the new concert, and any additional details regarding the exchange. Exchange requests can be submitted by email, mail, on person, or through the online form.

All exchanges are subject to availability. Exchanges can take place any time throughout the season up to 90 minutes prior to the affected concert. Please note that our exchange policies apply only to tickets purchased directly through the Handel and Haydn Society.

Does it cost anything to exchange my ticket?

Exchanges are free for subscribers. All other patrons pay a single $5 exchange fee per transaction.

How do I return my ticket as a tax-deductible donation?

If you are unable to attend the concert, please consider making your seats available to other patrons by returning your ticket as a donation. This is considered a tax-deductible contribution and we will mail you a receipt for the value of the tickets. Our tickets may be donated by email at boxoffice@handelandhaydn.org or by phone at 617.262.1815. Please include your name, title and date of concert for which you are donating your tickets in all requests. Ticket donations can take place any time throughout the season up to 90 minutes prior to the affected concert. Please note that our donation policies apply only to tickets purchased directly through the Handel and Haydn Society Box Office.

What if I lose my ticket?

Call our Box Office at 617.262.1815 to notify us and we will be happy to reprint your tickets. Lost or forgotten tickets can always be reprinted at the venue beginning 90 minutes prior to the performance. Please note, if you purchased your tickets through a third party, such as BosTix or GoldStar, you must contact that third party vendor.

When do single tickets go on sale?

Single tickets go on sale in mid- to late August. Join our email list to receive an announcement of the official start date.

When do subscriptions go on sale?

Subscriptions go on sale at the time we announce our upcoming season, in late winter.

What is a subscription?

A subscription is a ticket package that includes tickets for three or more different programs in a concert season. Our subscription packages offer significant discounts off our individual ticket prices and entitle the purchasers to additional benefits, such as advance seating, free exchanges, and discounts on additional ticket purchases. Learn more about subscriptions here.

When do you announce the next season?

We announce our upcoming season in late winter.

H+H offers accessible seating and other accommodations to suit your needs at all concerts. Please inform the Box Office of any accessibility needs when placing your ticket order. All venues offer wheelchair accessible, ground level, and aisle seating options. Assisted listening devices and large-print program books are available at the hall. If you require a Braille program book, please contact the Box Office three weeks in advance of the concert. If you or a member of your party will be bringing a service animal to the concert, please inform the Box Office so we may seat you appropriately. Learn more here.

Do you have rush tickets?

Do you have student rush?

A limited number of tickets may be offered as rush tickets.

Seating and availability are at the discretion of the H+H team.

May I bring my child?

H+H is happy to welcome children five and older to our performances, and offer a special child ticket price. We do ask that you carefully consider your child’s ability to sit through the performance, as some concerts are fairly long. If you do bring your child, here is a guide for some suggested questions and listening prompts to prepare for the concert experience. If you have any questions, please call our box office and we will advise you about whether a program is appropriate for children. Everyone, regardless of age, must have a ticket for admittance.

When ticket availability for select performances is limited due to high demand patrons may contact the Handel and Haydn Society Box Office to be added to our prepaid waiting list. When seats become available waiting list patrons will automatically be upgraded into the requested performance. 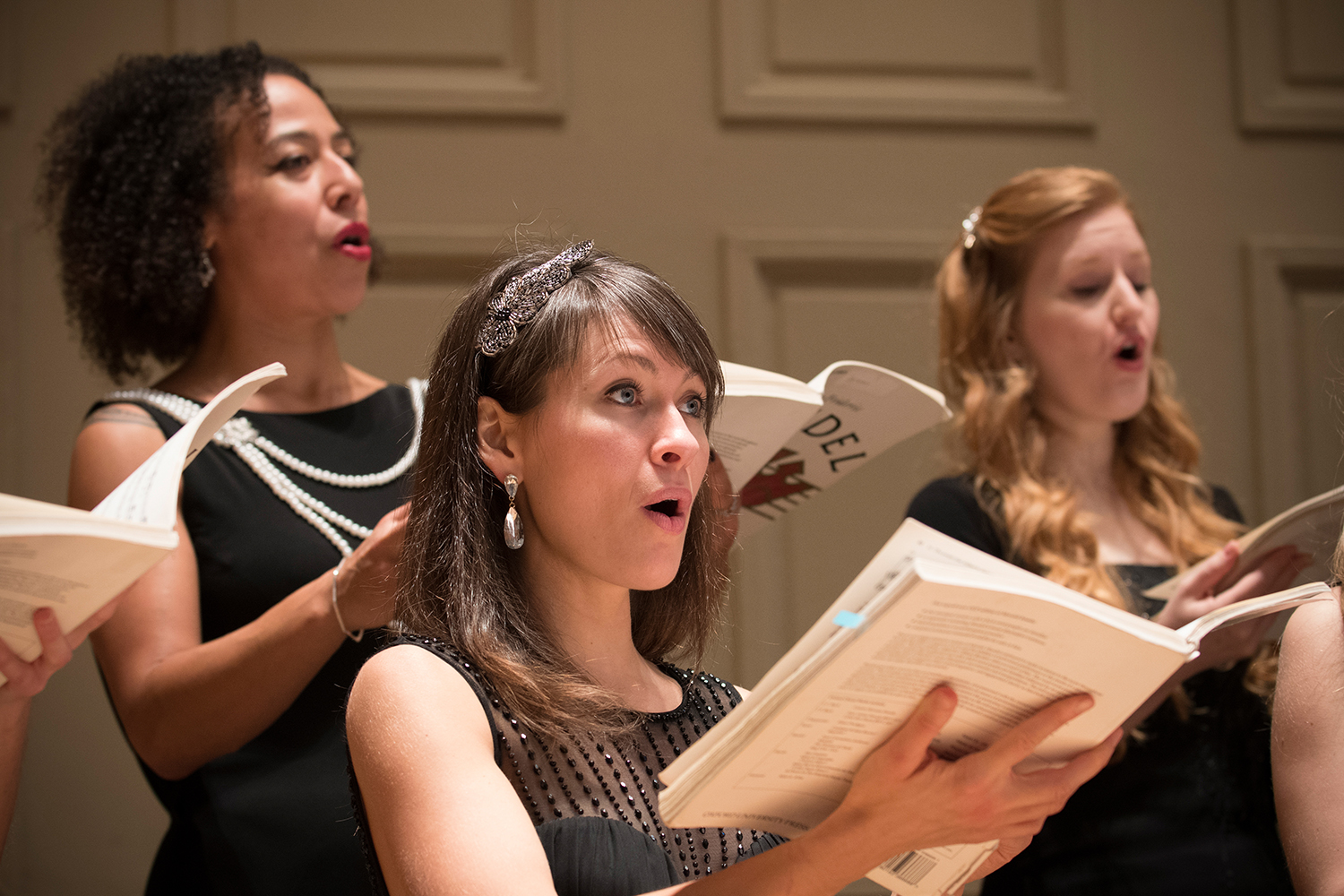 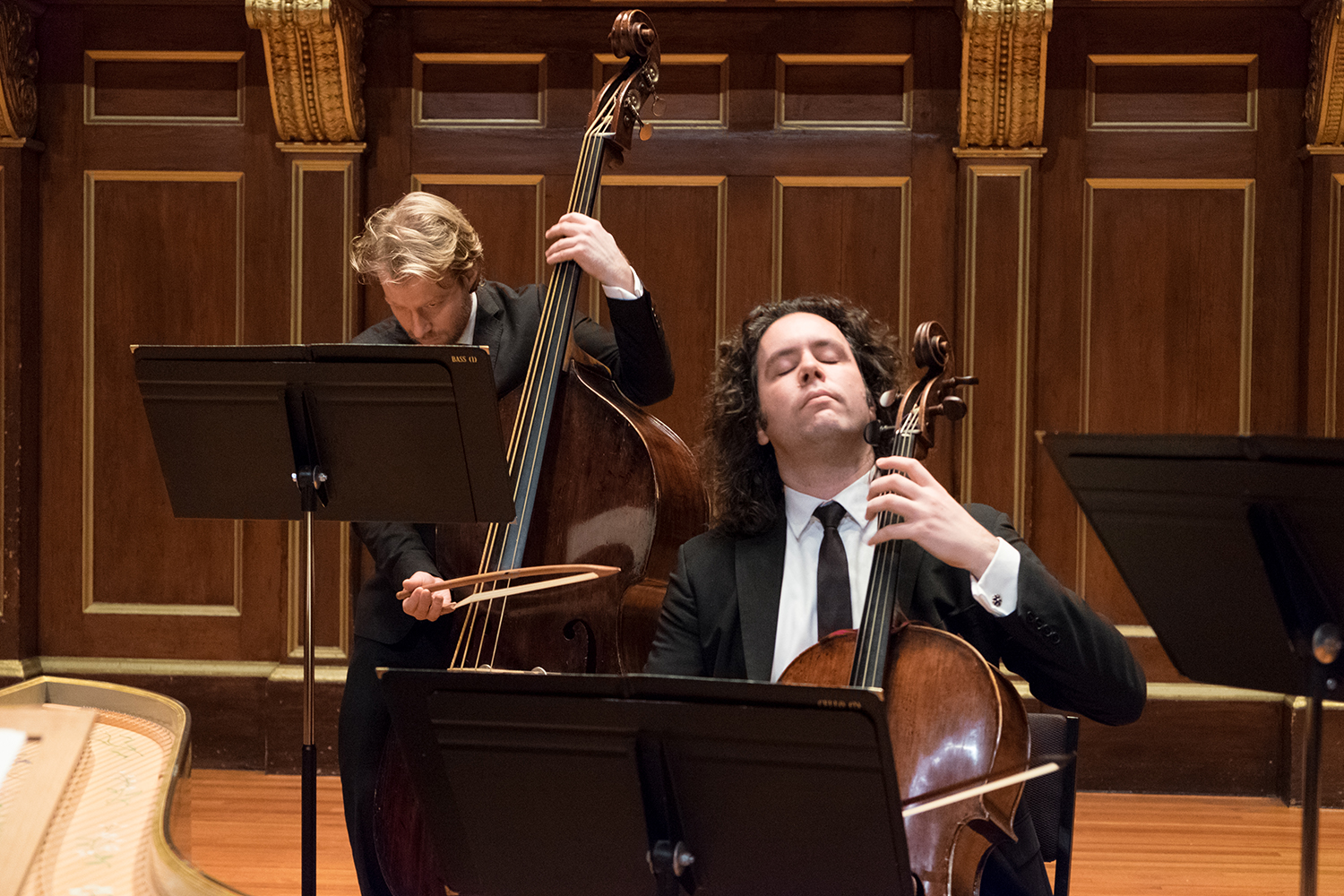 H+H concerts begin at 7:30pm (Friday evenings) or 3pm (Sunday afternoons). Pre-Concert Conversations take place an hour before concert time. Walk-up sales and Will Call ticket pick-up begins 90 minutes prior to concert time. Doors open within the hall 60 minutes before the concert. We recommend allowing at least half an hour to pick up your tickets and find your seats in time before the concert begins. Latecomers will be seated at the discretion of management.

While there is no dress code for H+H concerts, many patrons wear business casual or semi-formal attire. At the opening concert of the season and around the holidays, attire may generally be more formal and festive.

Use of photographic images

As part of purchasing tickets, patrons give permission for the use of their images in routine photography taken as part of each concert.

In the 16th and 17th centuries, it was commonplace for the premiere of a Corelli concerto grosso or a Mozart string quartet to be given not in a concert hall, but rather at a dinner party, where guests were more intently focused on their food and conversations than on the music. An Italian opera house was a place to be seen in an elegant new garment, converse with friends, and perhaps even play cards, pausing occasionally to hear a favorite soprano sing an aria and shower her with cheers and applause. At the symphony, a composer would gladly welcome any sign that his music was well received, even—or perhaps especially—if the audience was moved to applause between movements of a piece. J.S. Bach, on the other hand, performed the majority of his music in church, where any applause would have been considered inappropriate. Over time, however, concert etiquette has evolved. Many 19th- and 20th- century composers wished audiences to remain silent during performances and devote their full attention to the music. It also became customary not to applaud between movements or after solos so as not to interrupt the flow of the piece. While, in the spirit of true historically informed performance, audiences today might occasionally break into applause after a particularly stirring movement or a virtuosic solo passage, in general it is considered polite to wait until the conductor has lowered his or her hands after the piece’s final movement.