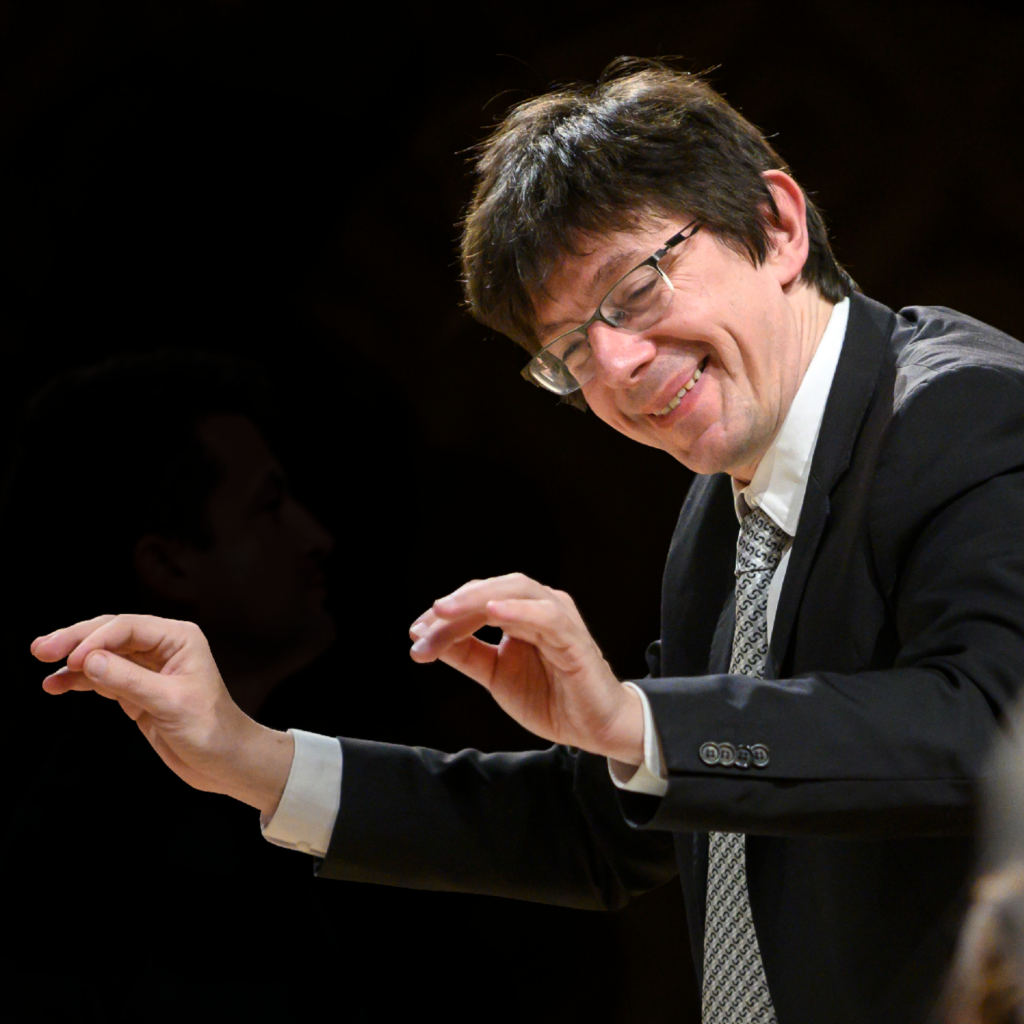 (Boston December 3, 2021) The Handel and Haydn Society celebrates the glory of Beethoven’s Seventh Symphony on January 7 and 9, 2022 at Symphony Hall in Boston. Led by Czech conductor Václav Luks in his H+H debut, the performances will also include Joseph Bologne’s spirited Overture to L’amant Anonyme and an H+H premiere of composer Jan Vaclav Voříšek’s only symphony.

The joy and splendor of Beethoven’s Seventh Symphony will be on full display as the H+H Orchestra takes the audience back to Vienna in 1813 when Beethoven himself led the first performance of his now famous symphony. Hear the music just as the crowd gathered in the hall that night would have heard it, as Luks brings his vast knowledge of historical performance practice to bear in this Classical masterpiece.

“Beethoven’s brilliance shines with his Seventh Symphony. From the moving Allegretto, famous for its climactic use during the 2010 movie The King’s Speech, to the triumphant excitement of the final movement, the Seventh is a can’t miss performance,” said David Snead, President and CEO of the Handel and Haydn Society. “We can’t wait for our audience to experience this work at the hands of Luks and the Orchestra, as they bring warmth and joy to a cold January weekend in Boston.”

Luks will pair Beethoven with the H+H premiere of Czech composer Jan Vaclav Voříšek’s symphony. Voříšek was a friend of Beethoven and Schubert, and his symphonic style reflects a fusion of both their influences. The performance will also include Bologne’s charming operatic Overture to L’amant Anonyme. Born the son of an enslaved person, Bologne became one of the first known Classical composers of African descent.

Václav Luks studied historical keyboard instruments and historical performance practice at the Pilsen Conservatoire, the Academy of Performing Arts in Prague, and the Schola Cantorum Basiliensis in Switzerland. He has given concerts all over Europe and overseas as the principal horn player of the Akademie für Alte Musik in Berlin.

Luks transformed the chamber ensemble Collegium 1704 into a Baroque orchestra, and he founded the vocal ensemble Collegium Vocale 1704. Under his leadership, the ensembles perform at prestigious festivals and at renowned concert halls. Their recordings have earned both public success and critical acclaim, including awards such as Trophées, Diapason d’Or, and Preis der deutschen Schallplattenkritik.

H+H is dedicated to following historically informed performance traditions of Baroque and Classical music, creating a sound every bit as fresh and contemporary as when the music was first written. Performing on period instruments, the H+H Orchestra brings an exhilarating sound to the original compositions.

About the Handel and Haydn Society
Boston’s Grammy-winning Handel and Haydn Society is dedicated to performing Baroque and Classical music with a freshness, a vitality, and a creativity that inspires all ages. H+H has been captivating audiences for 207 consecutive seasons (the most of any performing arts organization in the United States) speaking to its singular success at converting new audiences to this extraordinary music, generation after generation. Today, H+H’s Orchestra and Chorus delight more than 50,000 listeners annually with a nine-week subscription series at Boston Symphony Hall and other leading venues. Through the Karen S. and George D. Levy Education Program, H+H supports seven youth choirs of singers in grades 2-12 and provides thousands of complimentary tickets to students and communities throughout Boston, ensuring the joy of music is accessible to all. H+H’s numerous free community concerts include an annual commemoration of the original 1863 Emancipation Proclamation concert on December 31. The artistic director of the Handel and Haydn Society is Harry Christophers. Under Christophers’s leadership, H+H has released 15 CDs on the Coro label and has toured nationally and internationally. In all these ways, H+H fulfills its mission to inspire the intellect, touch the heart, elevate the soul, and connect us with our shared humanity through transformative experiences with Baroque and Classical music.