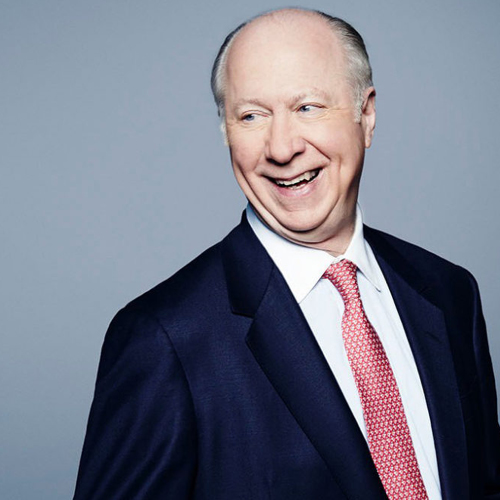 Event Benefits the Handel and Haydn Society and its Education Programs

[Boston, MA – March 27, 2019] The Handel and Haydn Society will honor David Gergen, Founding Director, Center for Public Leadership and Professor of Public Service, the Harvard Kennedy School; and Senior Political Analyst at CNN, for his significant contributions to the organization, at the 2019 Society Ball Gala.

The festive evening of cocktails, dinner, dancing, and auction will take place on Saturday, May 4, 2019 at the Mandarin Oriental Hotel in Boston. The gala will feature musical performances by members of the Handel and Haydn Society Orchestra and Chorus and youth singers from the H+H Vocal Arts Program.

David Gergen’s many achievements are like no one else’s on the American landscape. A senior White House adviser to four presidents of both political parties; Founding Director, Center for Public Leadership and Professor of Public Service, Harvard Kennedy School; and a respected political analyst with CNN, David Gergen’s contributions to American society have cut across politics, academia, and the media.

“I am deeply touched to be honored by the Handel and Haydn Society at this year’s Society Ball,” said David Gergen. “H+H delivers unsurpassed musical excellence to its many followers throughout the greater Boston community. My wife Anne and I are proud to have played a role in the success of H+H. We look forward to many future years of masterful H+H performances.”

David and Anne Gergen are deeply valued supporters of the Handel and Haydn Society. They have been subscribers and leadership donors for nearly 20 years, and have been longtime season sponsors of H+H’s principal cellist, Guy Fishman. They co-chaired H+H’s Bicentennial Gala in 2015 and provided a generous gift to the Instrumental Voices capital campaign.

Proceeds from The Society Ball benefit the Handel and Haydn Society and its education programs, which serve thousands of students in Greater Boston through public school performances, youth choruses, and in-school music instruction. Tickets for The Society Ball are available online or by calling 617.262.1815 or emailing brook@handelandhaydn.org.

Internationally acclaimed for its performances of Baroque and Classical music, H+H’s Orchestra and Chorus delight more than 50,000 listeners each year with a 10-concert subscription series at Symphony Hall and other leading venues, in addition to a robust program of intimate events in museums, schools, and community centers. Founded in Boston in 1815, H+H is the oldest continuously-performing arts organization in the United States, and is unique among American ensembles for its longevity, capacity for reinvention, and distinguished history of premieres. Under the leadership of Artistic Director Harry Christophers, the ensemble embraces historically informed performance, bringing classical music to life with the same immediacy it had the day it was written. Through the Karen S. and George D. Levy Education Program, H+H also provides engaging, accessible, and broadly inclusive music education to more than 11,500 children each year through in-school music instruction and a Vocal Arts Program that includes six youth choruses.

In addition to its subscription series, tours, and broadcast performances, H+H reaches a worldwide audience through ambitious recordings including Mozart + Haydn (Vol. 1), Haydn (Vol. 1-3), the critically acclaimed Haydn: The Creation, the best-selling Joy to the World: An American Christmas, and Handel Messiah, recorded live at Symphony Hall under Christophers’ direction. For more information, visit handelandhaydn.org.