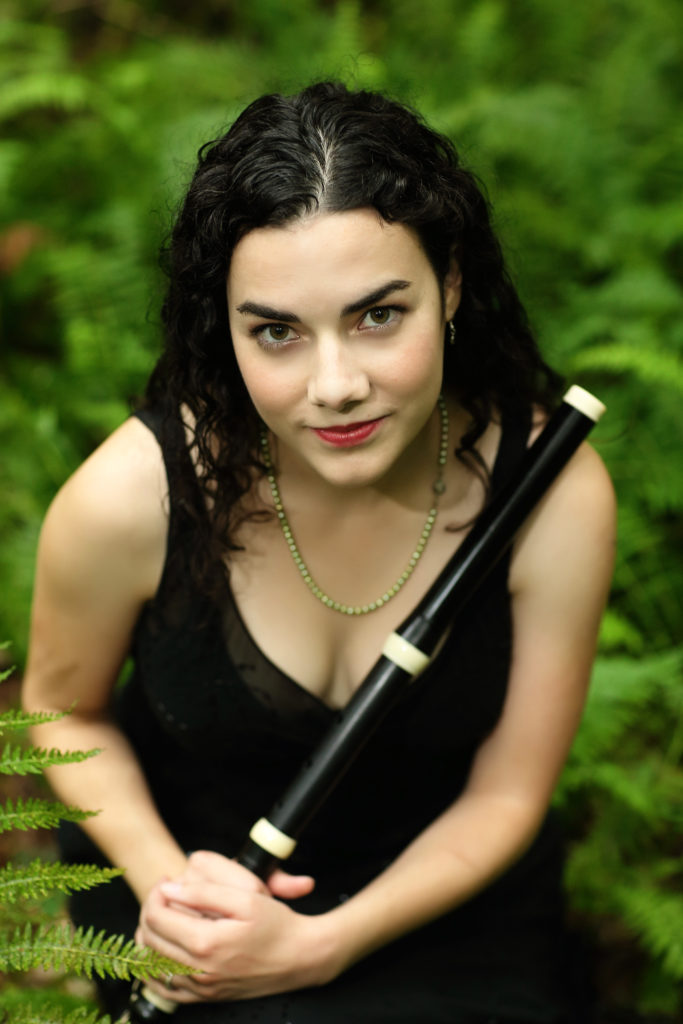 Andrea LeBlanc is devoted to furthering the artistry and expression of the flute by performing on instruments original to or reproductions from the baroque, classical, and romantic eras: “LeBlanc’s sensitive and beautiful playing, with crystalline tone and execution, made you wonder why it was necessary to invent the Boehm system for flute” (Early Music America). Her regular engagements include the Handel and Haydn Society, Boston Baroque, Mercury Houston: The Orchestra Redefined, Grand Harmonie, Music at Eden’s Edge, and she is the principal flutist of Arcadia Players. Ms. LeBlanc has also appeared with the Folger Consort, L’Academie, the Blue Hill Bach Festival, the Big Moose Bach Festival, and in 2009 performed Bach’s St. Matthew Passion on Cambridge Concentus’ tour of Japan, under the direction of Joshua Rifkin. Andrea performs chamber music of the late-classical and romantic periods with pianist David Hyun-Su Kim.