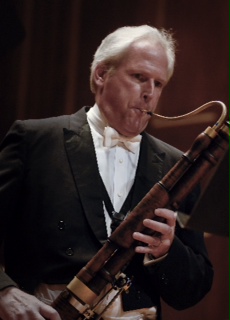 Bassoonist Andrew Schwartz is one of the most sought after musicians on historical instruments. He is principal bassoon with The Handel and Hadyn Society, Boston Baroque, Trinity Baroque Orchestra, and The American Classical Orchestra. He has performed with many of the world’s premiere period instrument organizations that include Philharmonia Baroque, The Aulos Ensemble, Wiener Akademie, The Age of Enlightment, Tafelmusic and Rebel. He was principal bassoon of the Royal Drottningholm Court Theatre Orchestra in Stockholm Sweden for fourteen summers. Mr. Schwartz has appeared as a soloist at Alice Tully Hall in Lincoln Center, The Morgan Library, New York; the Musikverien, in Vienna, Austria; Jordan Hall, Boston, MA. He has recorded extensively, including the entire chamber music works for winds and the late Operas of Mozart for Decca/ L’Oiseau Lyre.