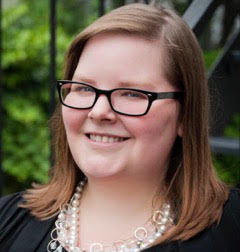 Carey Shunskis is a professional soprano, conductor and music educator originally from Philadelphia. Ms. Shunskis received Master of Music degree in choral conducting at Boston University and Bachelor of Music degrees in music education and voice performance from the University of Rhode Island, where she is an annual guest conductor with the University of Rhode Island Alumni Chorus. Ms. Shunskis is the Resident Conductor of Harvard Pro Musica and the Founding Director of the South Shore Children’s Chorus.

Ms. Shunskis is a regular soloist for the Music of Marsh Chapel and a member of the Handel and Haydn Society Chorus. She performs with the Eccelisa Consort of Providence, Phoenicia Singers, the Weimar Bach Academy, the Choralp festival in France, and is a founding member of VOICES 21C. Ms. Shunskis was a core member of the Philadelphia Singers and can be heard on the 2015 album featuring Randall Thompson’s Requiem.