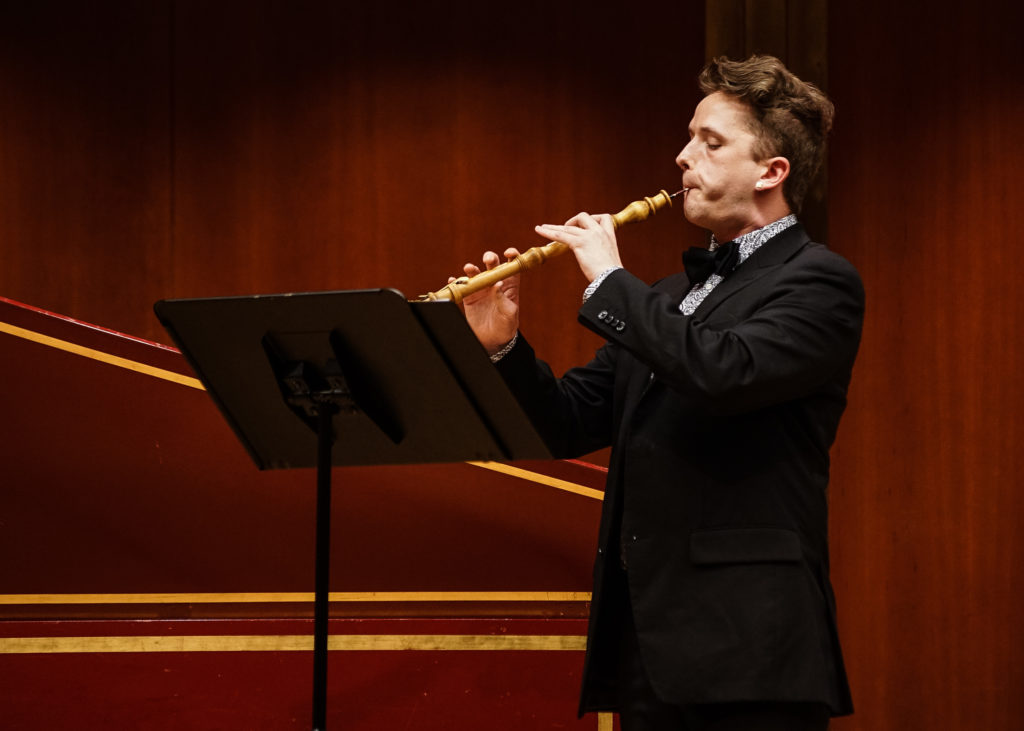 David Dickey just earned his Master of Music Degree in Historical Performance in Baroque oboe from The Juilliard School. During his two-year program, he played with the school’s premier period instrument ensemble, Juilliard415, and toured through England and Germany, playing in J.S. Bach’s own Thomaskirche at Bachfest in Leipzig, as well as at The Boston Early Music Festival under Masaaki Suzuki. Upon graduation, he received the Norman Benzaquen Career Advancement Grant, awarded to five students graduating from Juilliard, and was one of four graduates to be given a year-long contract to appear in recitals and orchestral performances with The English Concert in America. He just finished performing in the Berkeley Early Music Festival with the Philharmonia Baroque Chamber Players under Nicholas McGegan, and will continue to work with the orchestra in the 2016-17 season. Next year he will play (and sing!) throughout the United States with ensembles such as the Handel and Haydn Society, Trinity Baroque Orchestra, Washington Bach Consort, and Boston Baroque.