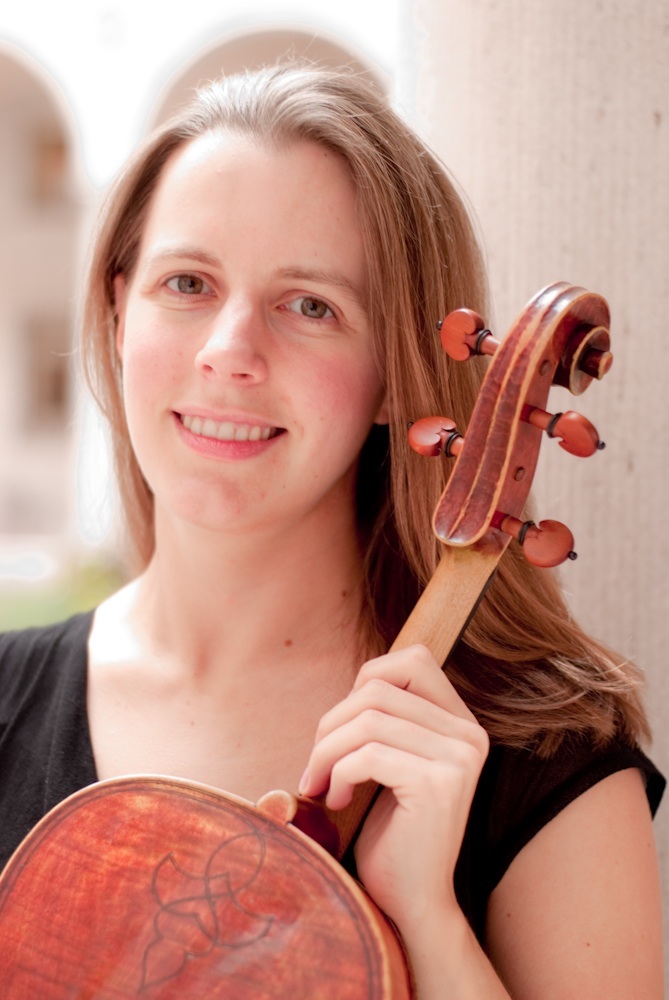 Emily Rideout enjoys an active performing career on both modern and Baroque viola. She was twice winner of the Boston University Bach Competition, and has appeared as guest violist with the Emerson, Muir, and Avalon String Quartets. She performs with period orchestras such as the Handel and Haydn Society and Boston Baroque, and Grammy-nominated ensembles Boston Modern Orchestra Project and A Far Cry. Her early music projects have included tours of Japan with Cambridge Concentus, and Poland with Boston Baroque, and recording a soundtrack for the PBS documentary “Seeing in the Dark.” Ms. Rideout is in demand as a pedagogue and spoke at the 2012 National Suzuki Conference. She is also an enthusiastic folk musician, having appeared as fiddle player in the band Three Tall Pines, whose recent album drew critical acclaim. She holds a doctorate from Boston University, and degrees from SUNY Stony Brook and Moravian College.