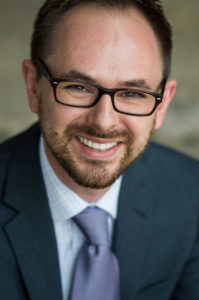 Justin Thomas Blackwell, organ/harpsichord, is the associate director of music at Marsh Chapel, Boston University, and a freelance keyboardist known especially for his continuo playing and accompanying skills. In addition to being a member of the Handel and Haydn Society, he performs regularly with Seraphic Fire (Miami, FL), the Back Bay Chorale, and from 2005-2015, with the Charlotte Symphony Orchestra (NC). At Marsh Chapel, he is the operations manager and continuo keyboardist for “Music at Marsh Chapel,” a concert series that includes performances of four Bach cantatas and one large work of Bach or Handel each year. As a pianist, he can be heard on Seraphic Fire’s CD of Brahms’s Ein Deutsches Requiem (4-hand piano version), which was nominated for a 2012 Grammy Award for Best Choral Performance. He holds a BM in Organ Performance from Furman University (SC) and a MM in Conducting from Boston University. He has performed with Handel and Haydn since 2011.