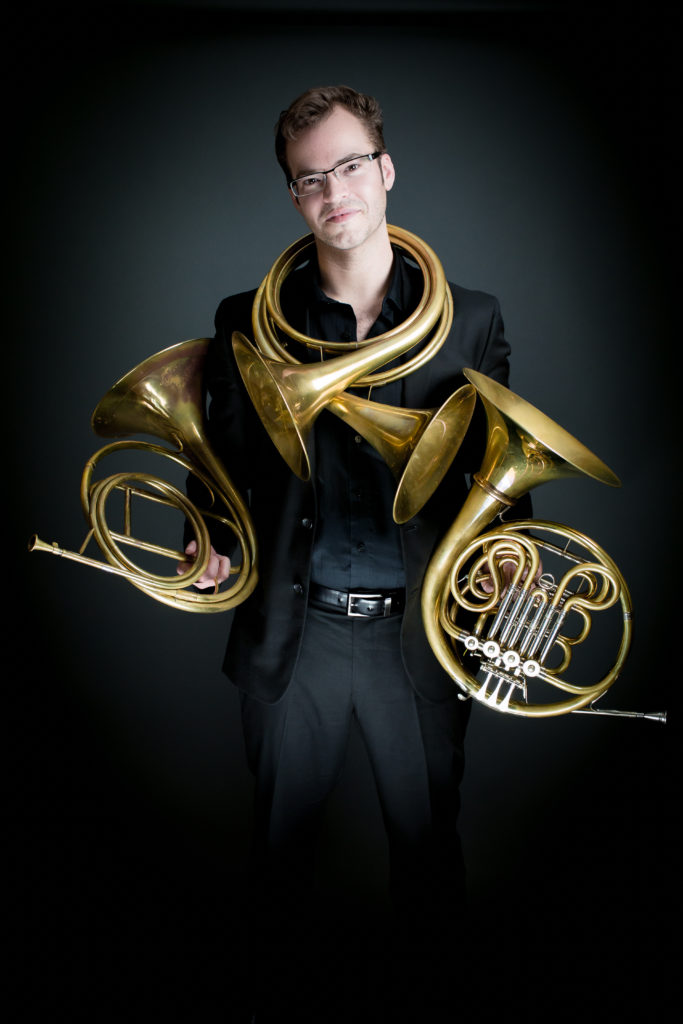 Hailed by Gramophone for his “impressive horn playing,” Todd Williams is an active performer and educator based in Philadelphia. A leading exponent of the Natural Horn in America, he serves as Principal Horn of numerous ensembles across the country including the Handel & Haydn Society, Boston Baroque, Trinity Baroque, Clarion Society, Apollo’s Fire, Mercury, Opera Lafayette, Tempesta di Mare, and more. This season he’s served as guest principal for Tafelmusik (Toronto) and the American Bach Soloists (San Francisco) and next season he will serve as principal horn of Philharmonia Baroque.

On the topic of the Natural Horn, he has conducted lectures at the music schools of Curtis, Eastman, and Oberlin and in 2018, joined the faculty of the Juilliard School.

On the modern valved horn, he is a staple of the Philadelphia music scene performing with the Philadelphia Orchestra, the Chamber Orchestra, the Opera and Ballet companies of Philadelphia, and the Philly Pops. From 2003-2014, he served as solo horn of the opera festival Lyrique-en-Mer, France. He’s recorded for Deutsche Grammophon, RCA/Sony Records, Atlantic Records, CORO, Naxos, Musica Omnia, Chaconne/Chandos, and Warner Brothers. Todd is a graduate of Indiana University.