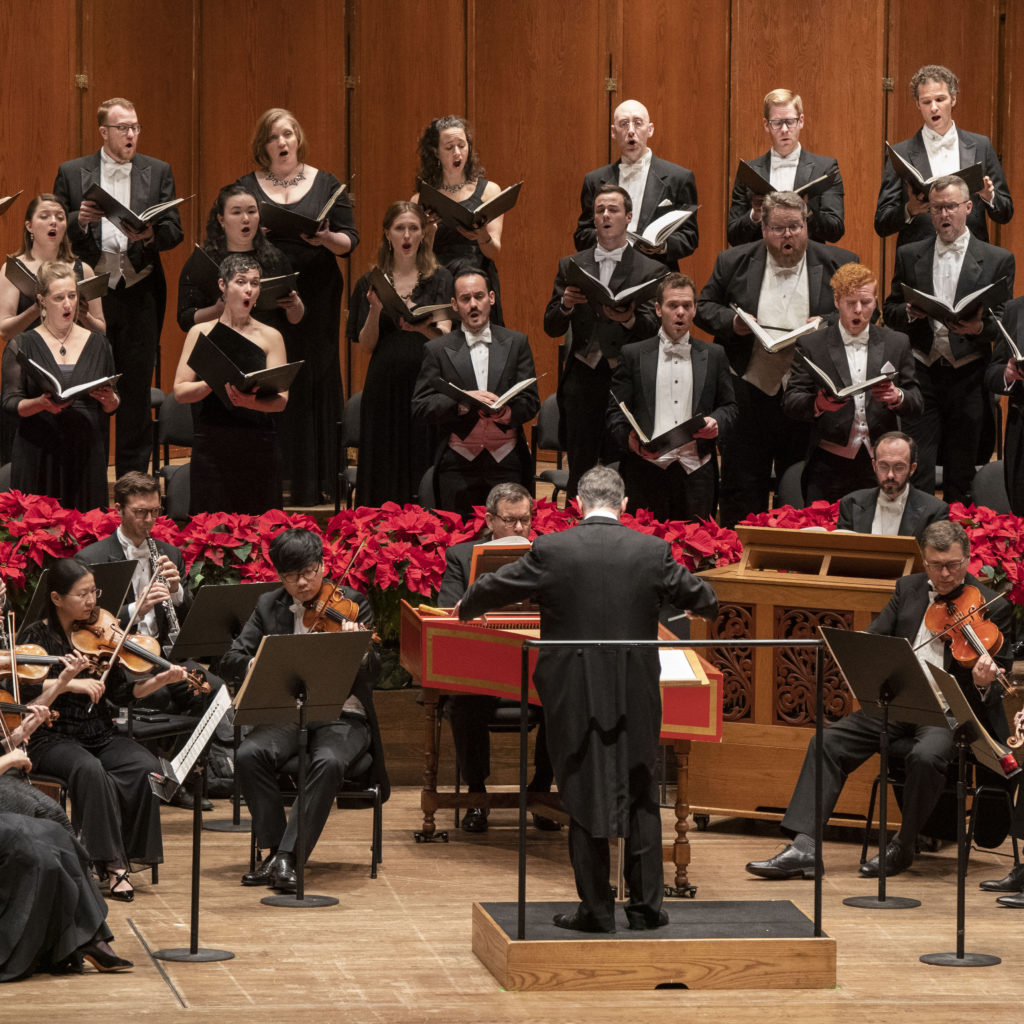 At Geffen Hall on December 17, the sold-out crowd for opening night of the New York Phil­harmonic’s performances of Handel’s Messiah had a surprise waiting for them. With only minutes to spare before the start of the evening, the Philharmonic’s President Deborah Borda took the stage. Flanked by rows of poinsettias, she somberly announced that countertenor Iestyn Davies was under the weather and unable to perform. There was good news, however: none other than Antho­ny Roth Costanzo had agreed to step in on a moment’s notice. Borda deadpanned that his clothes would stay on for this particular evening, fresh off his somewhat more revealing triumph in the titular role of Philip Glass’s Akhnaten at the Metropolitan Opera.

Much as an unexpected line-up change can have a butterfly effect one way or another, Costanzo’s addition seemed to be more of a solid, logical variation on an already formida­ble and individual front line. No disrespect to Davies, who’s earned his acclaim, but Costanzo’s instrument is grittier. “When he’d go up the scale and hold a note, overtones would flicker and bleed, a rare and otherworldly quality more common to avant-garde artists or a soul singer like Philip Bailey in full-blown falsetto. Whether in an anxious, guardedly hopeful moment of salvation during an exchange with soprano Louise Alder, or a woundedly lyrical solo air in the second half, Costanzo fueled the rest of the ensemble’s remarkable freshness and vividness in a context where that tends to be overshadowed by hallelujahs.

Everybody in the-house rose immediately for that chorus. As they’d done during the evening, the men and women of Boston’s Han­del and Haydn Society Chorus gave it a stun­ning articulation that, in keeping with the evening’s remarkably expressive nature, favored clarity over unleashed passion. That perception may be colored somewhat by my having heard this work performed many times with enveloping, stonewalled church reverb, in contrast with the more neutral concert hall sonics here.

The scheduled soloists matched the choir’s vigor and expressiveness from top to bottom. Alder brought a striking tenderness and empa­thetic resonance to her lines – a profound con­cern for a protagonist who’d suffered so great­ly. Tenor Joshua Ellicott underscored the nar­rative’s drama of cheating the devil (or at least the grave) in all of his moments in the spot­light, particularly in a stark sequence in the second part. And bass-baritone Dashon Bur­ton squeezed out every semiquaver of angst and hope against hope on the low end.

Yet as poised and impassioned as all those voices were, finally it was the Philharmonic’s seemingly effortless, utterly triumphant preci­sion that made this Messiah a standout. Cellist Eric Bartlett’s sudden curlicuing descent, sparking a long, matter-of-fact simmering rise to blazing heights in the first part, was one of many instrumental moments that often get subsumed in locations with less serendipitous sonics. The long, Bach-like, interlocking orchestral climb shortly thereafter was deliv­ered with almost breathless precision: the orchestra, soloists, and choir had a long way to go afterward before any kind of redemption would be considered, but they were blazing a clear path. Conductor Harry Bicket held to that steady, if strikingly punctuated course, pulling counterpoint from shifting points across the stage with a surgeon’s steely confidence. The audience, silent until a spontaneous moment of revelry after the “Hallelujah” Chorus, offered thunderous appreciation, shaking even the leaves of the potted plants.