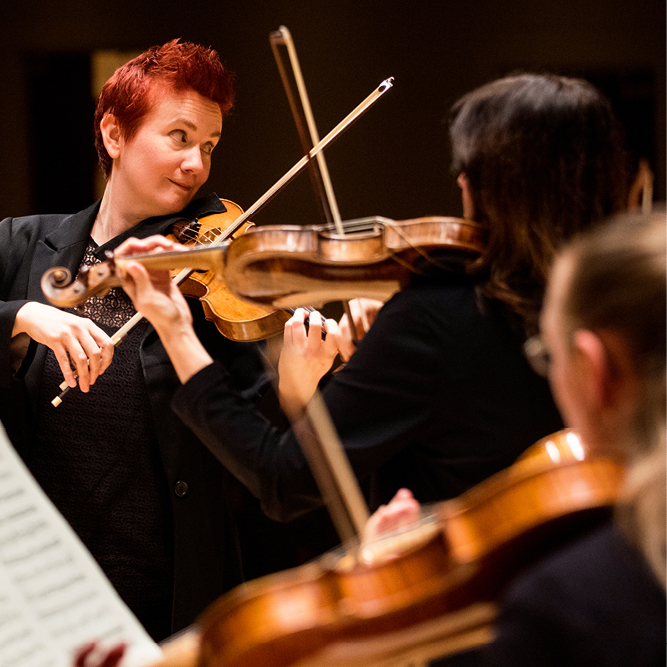 The lives of Baroque and Classical music composers are rich with legends, making it hard to distinguish myth from history. Some misconceptions are modern inventions due to the passage of time, but others actually sprang up during the life of the composer or shortly after, spread by musical followers and rivals.

Arcangelo Corelli (1653–1713), for example, was rumored to have traveled to Paris as a young man, where the French composer Jean-Baptiste Lully jealously banished him for being too talented. Others claimed he spent his early career in Spain or working in Germany for the Elector of Bavaria. In truth, there’s little evidence Corelli ever traveled beyond the Italian peninsula, and he actually had humble beginnings in the region around Bologna before moving to Rome. But to the next generation of Baroque musicians, his vast influence on violin playing and composition demanded some kind of more fanciful explanation, such as foreign studies and adventures.

George Frideric Handel (1685–1759) really did have such an international background, being born in Germany, working in Italy, and finally settling in London. But his incredible talent as an organist and harpsichordist generated even sillier rumors: some people said he wore a magic hat when he played, or that when he once gave a concert wearing a Venetian mask, listeners guessed it was either Handel or the Devil.

Handel and Corelli also really did know each other, played together, and once had a bitter dispute as colleagues at a rehearsal. Though Corelli was widely respected as a path-breaking violinist, he was always a bit conservative about using the instrument’s highest range. Handel had no such qualms, and wrote a particularly high note in the violin part of his first oratorio, Il trionfo del tempo e del disinganno (The Triumph of Time and Truth). The older Corelli was playing in the orchestra for the premiere, and was embarrassed when he either couldn’t or wouldn’t play the supposedly impossible pitch, which the young upstart Handel was happy to successfully demonstrate.

Still, Handel had great respect for Corelli and even drew from his work (as did J.S. Bach, who never met Corelli in person, but borrowed themes from his published music). Handel’s Op. 6 Concertos were modeled on those of Corelli’s Op. 6, another example of how Corelli’s music inspired other composers.

In fact, Corelli’s music was reprinted more often than any other composer of his day: his Op. 1 and Op. 5 sonatas were reissued 81 times through the 1700s, in addition to numerous arrangements of his music for other instruments. In England, Corelli’s Op. 6 concertos remained popular—sometimes even more popular than Handel’s—well into the next century. And wherever his music went, no doubt myths and legends about its creator soon followed.