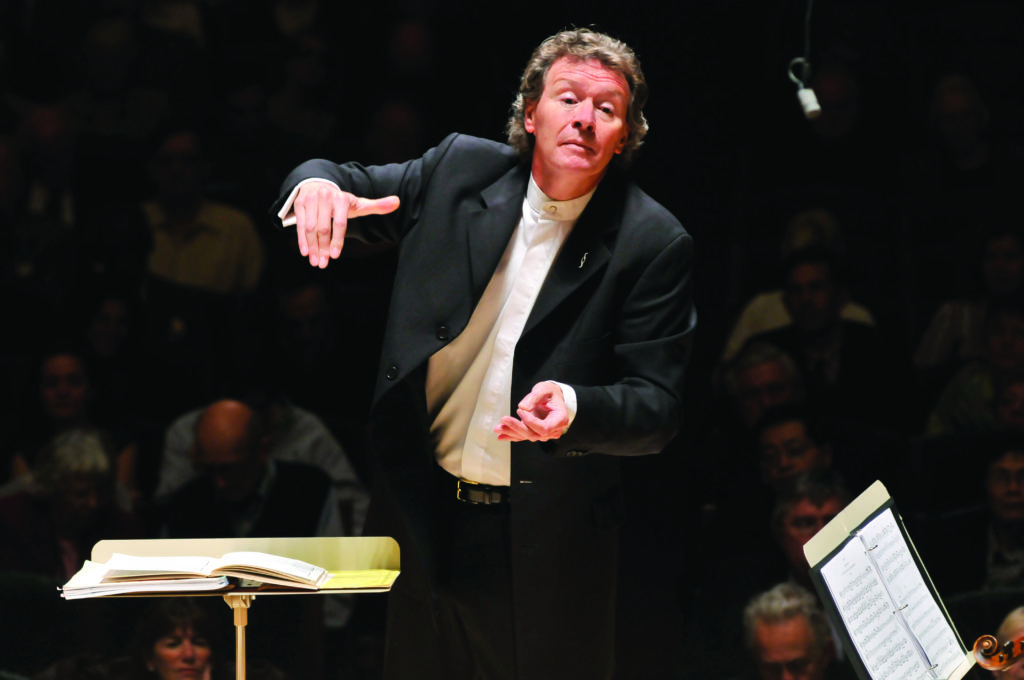 Handel’s oratorios, which recast tales of heroic deeds for eighteenth-century English audiences, are products of their time and place. But his Hercules offers a dire warning that still manages to speak across the centuries: Jealousy will drive you mad.
Friday night at Symphony Hall, the Handel and Haydn Society and its conductor, Harry Christophers, offered Hercules for the first time in the company’s long history. Capably sung, the oratorio’s message seemed to speak with tragic humility.

Thomas Broughton’s libretto actually revolves around the demigod’s emotionally tormented wife, Dejanira. When Hercules is off completing the Twelve Labors, she fears he is dead. With his homecoming, she rejoices — until she encounters the captured princess Iole.

Retiring from fighting, Hercules frees Iole, and though he insists to Dejanira the princess was won purely out of ambition, not lust, Dejanira is unconvinced. She persuades Hercules to put on a cloak steeped in the blood of the centaur Nessus, who was slain by Hercules while attempting to rape Dejanira. A dying Nessus had told Dejanira the bloody talisman would restore Hercules’ love if her husband ever strayed. But it’s a cruel trick, and the cloak burns off Hercules’ skin, killing him. Dejanira is driven mad with grief.

… in Catherine Wyn-Rogers’ portrayal of Dejanira … “Where shall I fly”— Handel’s colorful mad scene—was filled with poignant longing and regret, suggesting that the worst torture lies in one’s own mind.

Amanda Forsythe, singing the role of Iole, is one of the best Baroque sopranos on the scene today. Her voice is light and nimble, and her high notes spin with vibrato and subtle dynamic shading. Her melismas came alive in “Daughter of gods, bright liberty!” in Act 1, and in “How blest the maid ordained to dwell,” Forsythe found a sense of longing as Iole dreamed of a life that could have been.

Although Hercules plays a minor role in this work bearing his name, bass Jonathan Lemalu brought the retiring hero to vivid life. With a cavernous voice, he delivered his arias with conviction and precision. His best singing came in “O Jove, what land is this,” Hercules’ agonizing recitative after he dons the cloak.

As Hyllus, Hercules’ son, tenor Robert Murray sang with bright tone and crisp diction to capture the vitality of a young man longing to follow in his father’s footsteps. When Hyllus pines for Iole—whom he eventually marries at the request of Jupiter — Murray’s sweetened tone resulted in glowing phrases. Rounding out the cast was William Purefoy, who sang with buttery countertenor as the herald Lichas, and Woodrow Bynum, who sang firmly as the Priest of Jupiter.

The H&H chorus is the best vocal ensemble in Boston, and the singers delivered the work’s many choruses with stirring energy. “Tyrants now no more shall dread” had power and robust authority, while “Crown with festal pomp the day” had the bite of a cold breeze. Few conductors can shape a phrase the way Christophers can, and his brisk waving gestures conjured plush balances and sudden crescendos. The final chorus, “To him your grateful notes of praise belong,” was a glorious hymn to the deceased hero.