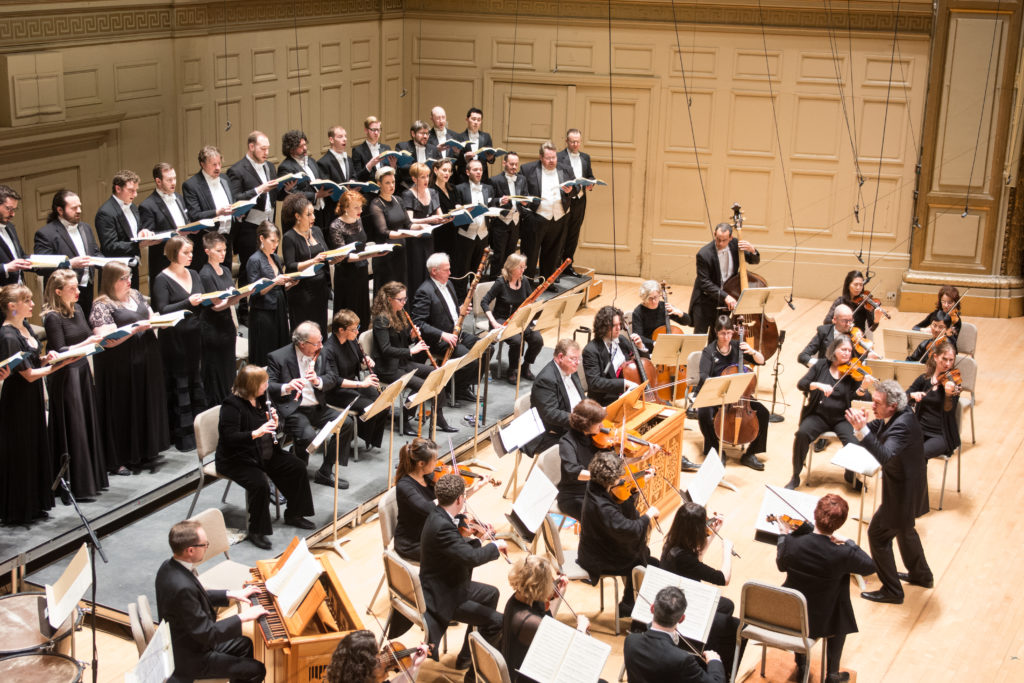 Handel and Haydn Society rolled out its first take on the complete Mass since 2013 on Friday evening at Symphony Hall. Artistic director Harry Christophers led with temperate gusto.

To start, Andrew Clark conducted public high school students of the Collaborative Youth Concert Choruses in a lively rendition of the “Gloria” from Mozart’s Coronation Mass. Then the main event began with the H+H chorus subtly sinking into each note of the introspective “Kyrie.” The first section of the “Gloria” thrummed with accents so electrifying that one could have waltzed along…the sound was creamy but crisp. The zigzagging fugues were agile and clean, and the wafting harmonies and falling octaves of the “Sanctus” were nothing short of angelic.

The orchestra had a similarly strong start. Ian Watson masterfully held down the continuo, and the string section was in fine form as always…

The 11 soloists were drawn from the chorus, and sang with the ensemble when not in the spotlight. Baritone David McFerrin sang a rich and ardent “Et in Spiritum Sanctum,” and contralto Emily Marvosh’s “Agnus Dei” was staggeringly gorgeous. The flowing “Domine Deus” duet and tenor Stefan Reed’s splendid “Benedictus” were wreathed in the sweetly weightless flute solos of Christopher Krueger, who celebrated his retirement this weekend after 40 years with H&H. It was a swan song in which he should take great pride.