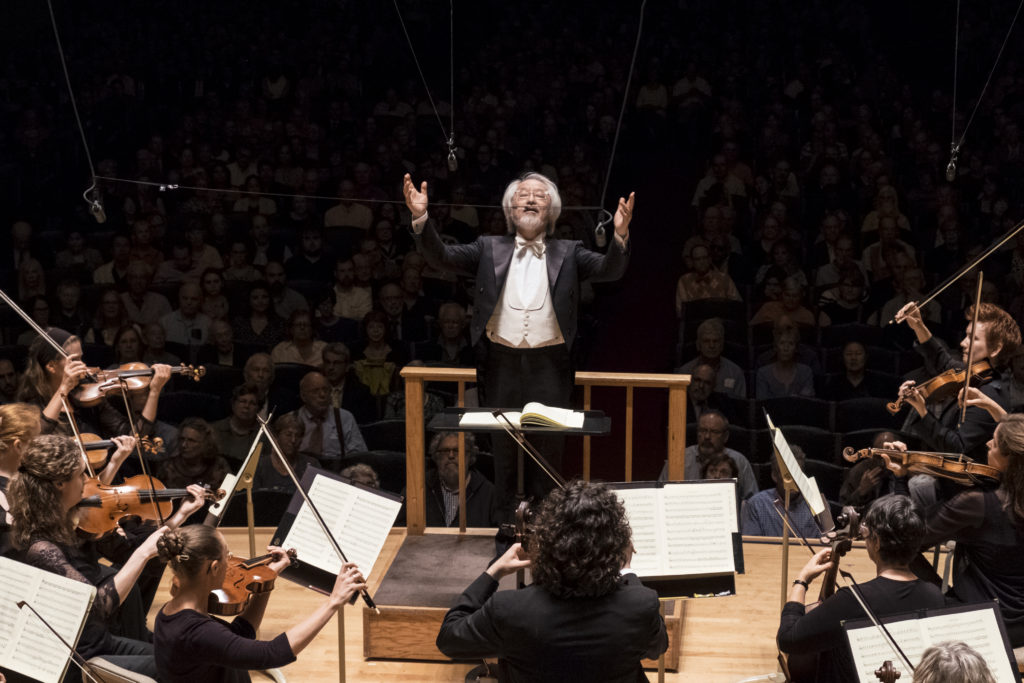 “All were well up to the demands of the music, eliciting a thunderous justly-earned standing ovation the likes of which has rarely so rocked Symphony Hall. Suzuki was about as dynamic and expressive as one could imagine, and Concertmaster Aisslinn Nosky, with her typical ferocious attack, merely added to her already well-established reputation as H&H’s not-so-secret weapon, perhaps the company’s greatest gift to Boston.”
– South Shore Critic

“Suzuki caressed the two parts of the theme, treating them as a shy, delicate question and answer. Paragraphing was subtle but unmistakable, here a touch of suspense, there an easeful sigh… The 46-piece orchestra had both the attractive weight of a Percheron and the nimblefootedness of a polo pony…Hearing the piece played on period instruments always opens a window onto what Beethoven had in mind…Suzuki was able to create excitement while maintaining clarity…Everything breathed conviction.”
– The Boston Musical Intelligencer

“Masaaki Suzuki leads playful Haydn, blazing Beethoven…The Handel and Haydn Society was out to knock a few out of the park…as Bach Collegium Japan maestro Masaaki Suzuki made his first appearance with the period-instrument ensemble …Suzuki’s sprightly, taut conducting vivified Haydn’s Symphony No. 104, ‘London’…With concertmaster Aisslinn Nosky as guide, both the strings’ stage presence and their musicianship were infused with the kind of zest more often seen in quartets than large ensembles…After intermission, Suzuki plunged into Beethoven’s Symphony No. 9 with vigor. It was unsentimental and thrilling, Beethoven with bite…The 42-voice chorus, prepared by Suzuki, made a splendid sound. Its compact size allowed for a nuanced, shimmering mix of vocal colors.”
– The Boston Globe