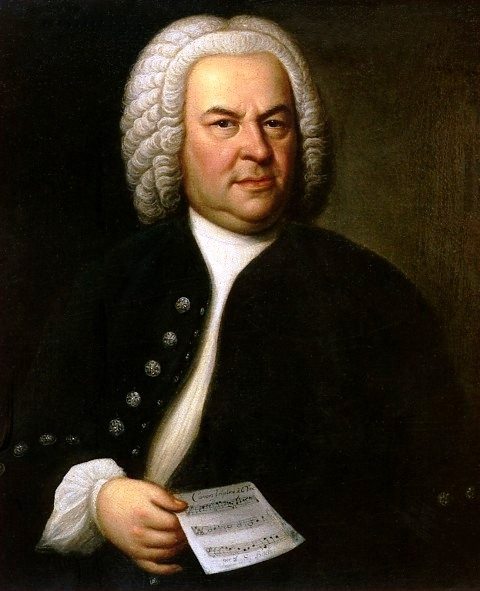 Johann Sebastian Bach (aged 61) in a portrait by Elias Gottlob Haussmann, copy or second version of his 1746 canvas. The original painting hangs in the upstairs gallery of the Altes Rathaus (Old Town Hall) in Leipzig, Germany. 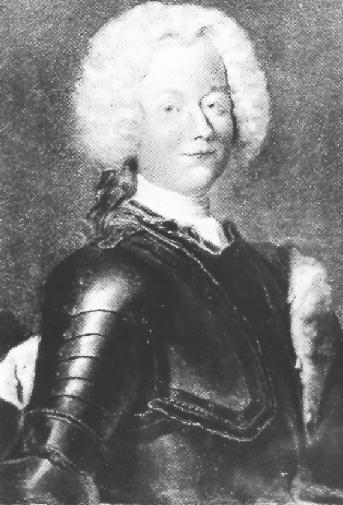 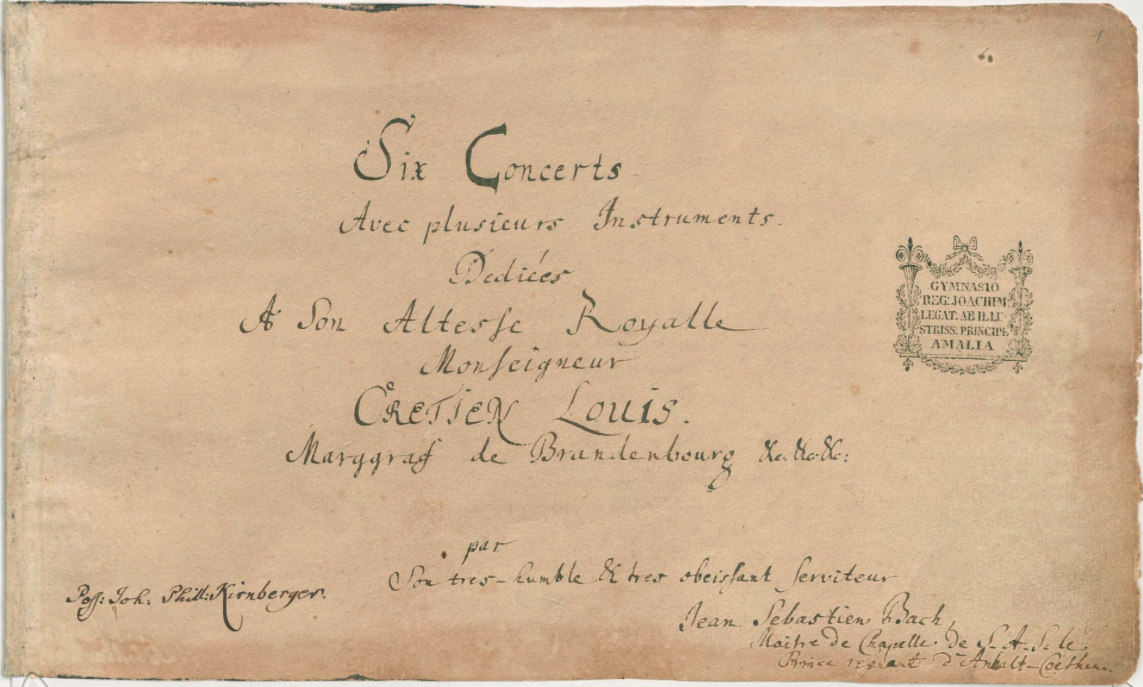 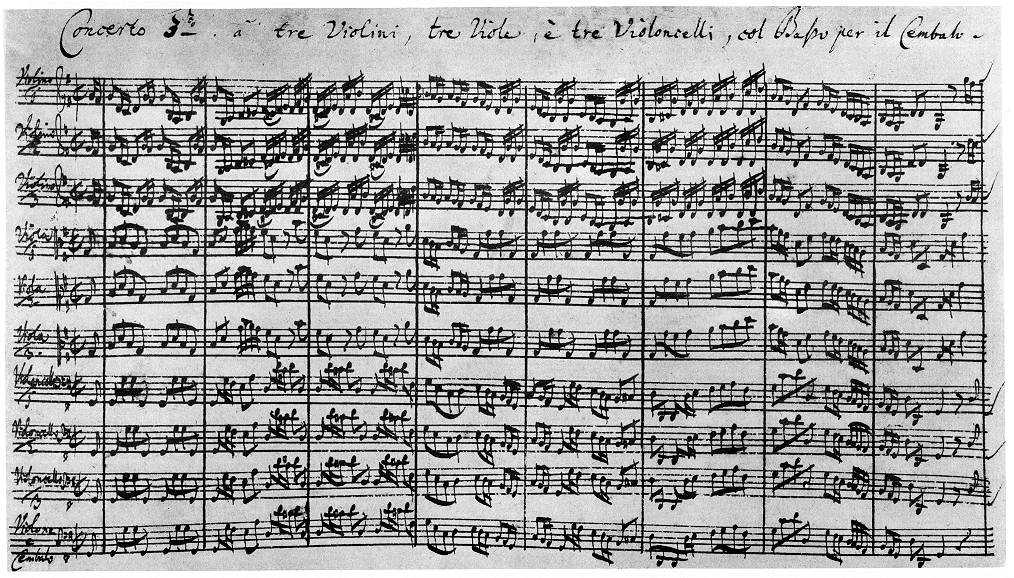 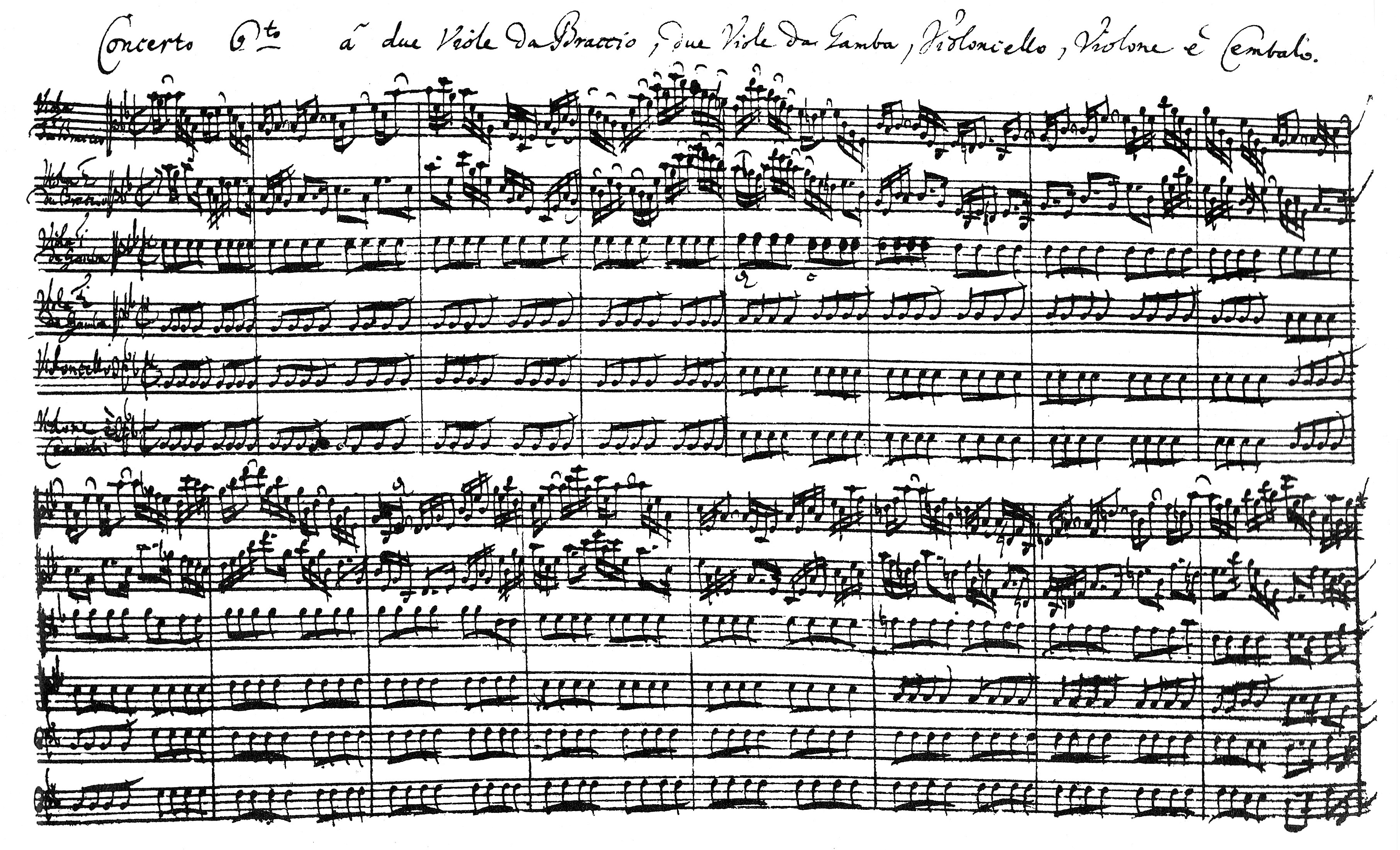 Having been passed over for the position of music director at the court of Weimar, Johann Sebastian Bach (1685-1750) realized he needed to search for a new job. In 1717, Prince Leopold of Anhalt-Cöthen offered Bach the same position at his court; however, when Bach asked permission to leave Weimar, his Duke denied the request. (This was not unusual; musicians were often contractually obligated to request permission to change employers.) Bach persisted, for which he was arrested and held by the Duke for twenty-seven days. After his release on December 2, 1717, Bach was free to move to Cöthen, (about forty-four miles north of Leipzig), a more prestigious court with a prince who actively participated in music and employed seventeen musicians.

Although contented with his duties at Cöthen, by 1721, Bach may have been contemplating a change. Due to other financial constraints, the prince had reduced the music budget and three vacant musicians positions were left unfilled. Bach had traveled to Hamburg, possibly to investigate the prospect of an organist position there. Later in his life, Bach also talked about the declining educational opportunities for his children in Cöthen. In this light, compiling a special score of six concertos and dedicating it to Christian Ludwig, Margrave of Brandenburg, who had asked Bach to send him some music when the two had met earlier, may have been Bach offering his compositional resume to that court.

The simplicity of the title Bach chose for the Margrave’s copy, Six Concerts avec plusieurs instruments (Six Concertos with Several Instruments), belies the array of instrumental combinations and formal diversity in this collection assembled by Bach from among his instrumental works. Each concerto retains the alternation of passages for soloists and larger ensemble (tutti) and all but the first concerto follows the three-movement structure that characterized the concerto in Bach’s day. Yet each is distinctive not only in its particular solo group but also in the details of each movement; Bach solves self-imposed compositional challenges within each concerto, especially the balance within the solo groups.

The solo instruments in Concerto No. 1 in F major, BWV 1046, are two horns, three oboes, bassoon, and violin (violino piccolo). The winds (horn, oboe, bassoon) of the solo group might easily overpower a single violin, so for much of the first movement Bach uses the solo violin as the leader of the larger ensemble.

In the second movement, the emergence of the violin in dialogue with the oboes and bassoon creates a delightful combination.

In the subsequent Allegro, Bach pairs the violin with one horn, then one oboe, before presenting a series of dance movements that feature the soloists.

In the score for Concerto No. 5 in D major, BWV 1050, Bach delineates two roles for the harpsichord: continuo player and soloist. When the harpsichord is part of the continuo, only the left hand notes are written because it was assumed that the player would improvise the correct chords for the right hand.

When the harpsichord is soloist, however, Bach writes out the music for both hands, including a spectacular cadenza-like passage at the end of the first movement.

Along with the harpsichord, the other two soloists in this concerto, flute and violin, play in imitation, passing lines back and forth conversationally.

This continues in the second movement, scored only for the three soloists, creating an intimate and introspective mood.

In the last movement, Bach again sets the soloists’ lines in imitation, now part of a joyful dance.

To our modern ears Concerto No. 3 in G major, BWV 1048, may seem to be the least concerto-like of the set. Scored for three violins, three violas, three cellos, and continuo – perhaps the reason it was placed as the third concerto of the set – Bach uses the groups of strings both collectively and individually. The first movement begins with a distinctive three-note motive that is passed through each solo group

– a treat for the eye as well as the ear. The second movement contains only two chords and so the challenge for the ensemble lies in how to realize those pitches. The chords might be played as written or used as the skeletal structure for a short improvised passage for one of the soloists.

This transitions to the third movement, a swirling dance that opens with a flourish first heard in the violins and then imitated by the violas and cellos.

Each of the four soloists in Concerto No. 2 in F major, BWV 1047 – trumpet, recorder, oboe, and violin – has a distinctive tone color. After the opening ritornello (statement by the full ensemble) in the first movement, Bach introduces the solo violin with only continuo accompaniment followed by an abbreviated ritornello.

Then, the solo oboe enters accompanied by the violin. This pattern continues, each soloist handing off the melody to the next, separated by a short ritornello, until all four instruments have been presented.

They are mixed and matched in intricate patterns for the remainder of the movement. Bach withholds the trumpet from the second movement, a graceful dance in minor,

before the final movement opens with the trumpet introducing a fugue theme that is imitated by each soloist in turn.

Concerto No. 6 in B-flat major, BWV 1051, is the only concerto in the set that does not use violin. Instead, Bach scores it for two new-style instruments called violas da braccio (held by the arms), two old-style violas da gamba (held by the legs), and cello accompanied by continuo. The new-style violas and cello are featured in the last two movements, where the violas da gamba either do not play, as in the second movement

or are cast in more of a supporting role in the third movement.

Bach uses only high-range instruments, violin and two recorders, as the soloists in Concerto No. 4, in G major, BWV 1049. With its focus on long-held notes in the recorders and the sparse accompaniment, the first movement engenders a focused, yet leisurely, pace.

While the two solo recorders are easily heard, it can be difficult to hear a solo violin among the rest of the strings. Bach solves this compositional challenge by using the solo violin to connect the full ensemble and solo sections in addition to an extended passage later in the movement.

In the second movement, the soloists act as echoes to the rest of the ensemble.

These roles are then reversed as the soloists elaborate on the opening idea and the ensemble replies. This movement closes with a transition

that harmonically prepares the final movement, Presto, a whirlwind of ideas for the full ensemble and soloists alike.

Many details surrounding the Brandenburg Concertos remain a mystery, including why Bach sent this particular collection to the Margrave some two years after meeting him. The concertos were probably not performed at the Margrave’s court and no record of his response has survived, leading many to conclude that one was never sent. Equally uncertain is the performance history of these works before Bach created this particular collection. At least two can be traced back to Weimar and earlier versions of the concertos were most likely performed in Cöthen for the Sunday evening chamber music concerts. Mistakenly presumed to be lost to the generation immediately succeeding Bach, the Brandenburg Concertos were published in the mid-19th century and have been favorite works since. Bach’s imaginative blending of instrumental colors, textures, and structures in these virtuosic pieces has become a standard for today’s understanding of Baroque instrumental music.