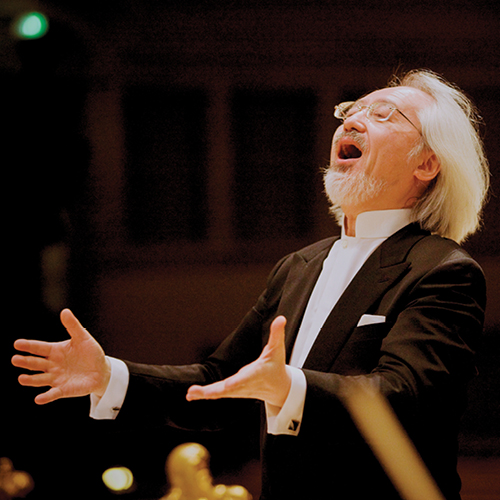 [Boston, MA – October 16, 2019] A holiday tradition returns to Boston as the Handel and Haydn Society performs the dazzling and joyous Handel’s Messiah. The performance is a hallmark of the H+H season that dates to its first concert in 1815 which featured the famed “Hallelujah” chorus. Conducted by Masaaki Suzuki, the concerts will take place Friday, November 29 at 7:30 p.m. and Saturday, November 30, 2019 and Sunday, December 1, 2019 at 3 p.m. at Symphony Hall in Boston.

One of the world’s best-known choral works, Messiah was composed by George Frideric Handel and was first performed as a charity concert in Dublin in 1742. The Handel and Haydn Society gave the American premiere of the complete work in 1818 after first performing a portion of Messiah in 1815. H+H began performing the complete Messiah annually in 1854, making it one of Boston’s longest-running holiday traditions.

Today, H+H performs Messiah with an elite 60-member ensemble similar to the one Handel conducted, comprising a professional Baroque chorus and period instrument orchestra that restore the music to its original vitality.

One of the world’s top authorities on early music, especially the works of Bach, Masaaki Suzuki is the founder of the Early Music Department at the Tokyo University of the Arts, the founder of Bach Collegium Japan, an award-winning baroque orchestra and chorus, and Artist-in-Residence at Yale University. He made his debut with H+H in 2017, leading the orchestra in a stirring performance of Beethoven Symphony No. 9, garnering enthusiastic reviews.

“We are thrilled to have one of the world’s greatest conductors of this repertoire, Masaaki Suzuki, join forces with our orchestra and chorus,” said Handel and Haydn Society President and CEO David Snead. “For 166 years, H+H’s Messiah has been inspiring both musicians and the audience, connecting them with the joy of the holiday season – and under Suzuki’s baton, this year’s edition will truly be unlike any other.”

Described as one of Britain’s leading sopranos, Elizabeth Watts will headline a stellar quartet of soloists. A graduate of the Royal College of Music and a winner of the prestigious Rosenblatt Song Prize Competition, Watts most recently performed with H+H in a memorable 2011 performance of Mozart’s Requiem. She’ll be joined by countertenor Reginald Mobley, bass-baritone Dashon Burton, and tenor Nicholas Phan, making his debut performance with H+H.

Tickets for individual performances may be purchased by calling 617.266.3605, visiting handelandhaydn.org or in person at 9 Harcourt Street in Boston (M-F 10 a.m. – 6 p.m.). Student and group discounts are also available.