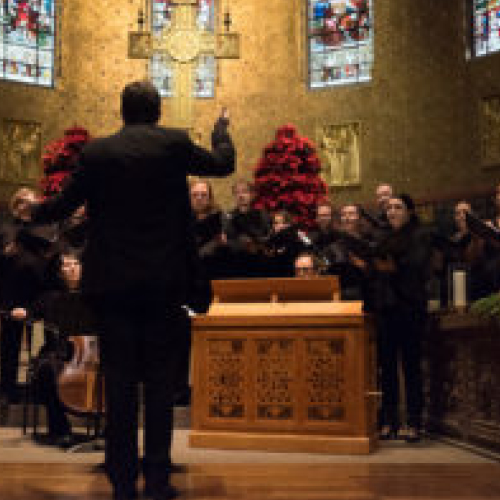 [Boston, MA December 5, 2018] The Handel and Haydn Society and the Museum of African American History once again present the Jubilee Day concert. A signature event of the First Night Boston celebration, this free concert will take place at the historic Trinity Church in Boston’s Copley Square on Monday, December 31, 2018 at 1:00 p.m. No tickets are necessary to attend.

A celebration with music and storytelling on the 156th anniversary of President Abraham Lincoln’s Emancipation Proclamation in 1863, the Jubilee Day concert has become a tradition for families across Boston as they prepare to ring in the New Year. In its seventh year, the concert continues to be a collaboration between two organizations dedicated to preserving and showcasing history.

The music will be inspired by the historic 1863 Jubilee Day concert celebrating the Emancipation Proclamation, at which H+H performed, including pieces from that day and era. Songs will include “Battle Hymn of the Republic,” composed by Julia Ward Howe, a member of the H+H chorus who herself sang in the 1863 performance.

“Music has always played a central role in transformative moments in our nation’s history, creating alliances and a sense of belonging,” said David Snead, President and CEO of the Handel and Haydn Society. “Once again, it is our honor to partner with the Museum of African American History for the Jubilee Day concert and to reflect on the historic significance and continuing power and relevance of the Emancipation Proclamation.”

National Poetry Slam Champion Regie Gibson will join musicians from the Handel and Haydn Society Orchestra and Chorus, conducted by Scott Allen Jarrett. The performance will include narrated passages from the Emancipation Proclamation with a focus on this year’s theme of freedom and justice, commemorating Boston’s historic role in the abolition movement and celebrating the spirit of progress for human rights.

“The Jubilee Day concert with the Handel and Haydn Society is an event we look forward to every year,” said Marita Rivero, President and CEO of the Museum of African American History. “The concert is a powerful way to share the Emancipation Proclamation and remind people of the importance of freedom and justice in our society.”