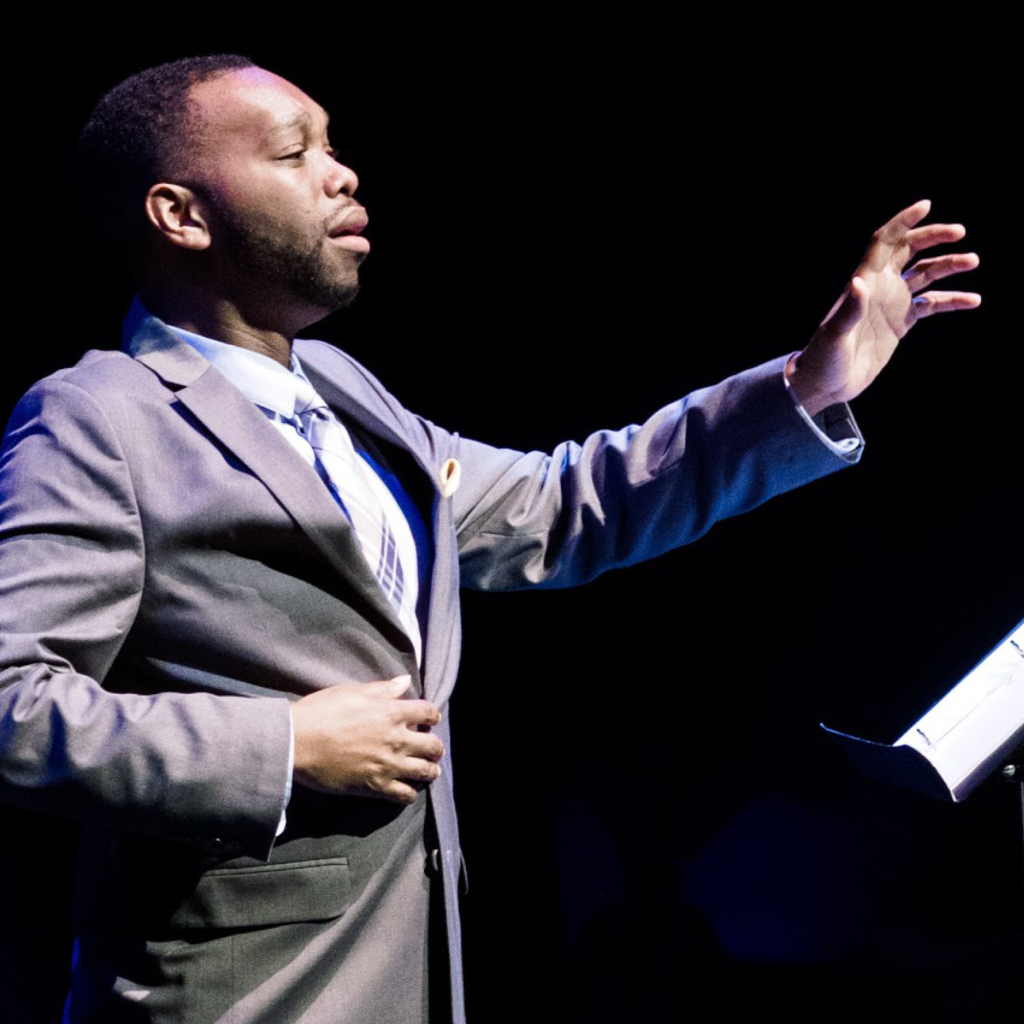 (Boston March 19, 2021) On Tuesday April 20, the Handel and Haydn Society presents the world premiere of a newly commissioned work by Brooklyn-based composer Jonathan Woody, based on music in the compositions of Charles Ignatius Sancho (1729 – 1780), the first person of African descent to publish classical music.

Performed by members of the H+H Orchestra, the Jonathan Woody World Premiere will be available for free, with a suggested donation of $10, through the Handel and Haydn Society website at https://handelandhaydn.org/concerts-tickets/2020-21-season/. The concert will stream for registered listeners on Tuesday, April 20, 2021 at 3:00 PM ET, and will be available for one month. H+H season subscribers and donors of $100 or more will receive additional content and early access to the performance two days before the public.

Born on a ship carrying enslaved people in the Atlantic, Sancho was sold into slavery in the Spanish colony of New Grenada, later making it to England to become a business owner, an abolitionist writer, composer, and the first Black man to vote in a British election.

“It was particularly poignant to me that Sancho was the first Black Briton to have voting rights in a parliamentary election. The power of a voice, whether musical or political, is deep, and something that reflects the humanity of all people, including and especially when those people are marginalized or ‘othered,’” said Jonathan Woody. “I’m inspired by Sancho’s refusal to silence his own voice, and also by the pragmatism and practicality with which he went about his life; after all, the search for equality isn’t always about heroes who fight defining struggles against power. Sometimes it’s the small heroism of simply insisting on one’s own value and having the courage to live a complete life. That Sancho did so, and that we have the historical record of it, is inspiring and humbling for me.”

Woody crafted the new piece, Suite for String Orchestra, based on dance forms from the Baroque and Classical periods. It is made up of five movements, each one with a melody inspired by various smaller works by Sancho.

“I selected a few of Sancho’s melodies that I thought were particularly interesting, then it was a matter of envisioning how the Sancho melody might get extrapolated into one of those dance forms,” added Woody. “I tried to write something that would be fun to play for each section even as it sounded good and stayed true to the character of Sancho’s music.”

“We’re all familiar with the standard canon of 19th Century classical composers — Mozart, Haydn, etc.,” said David Snead, President and CEO of Handel and Haydn Society. “But there are so many other composers of that era whose work has been unjustly neglected over the years, including composers of color. This spring, H+H is pleased to present two of these composers’ music to 21st Century audiences in Boston and beyond, beginning with Sancho’s music reimagined by contemporary composer Jonathan Woody, and continuing with our performance of Saint-George’s Violin Concerto in G Major in May. Incredibly, both will be H+H premieres.”

The program also will include music that inspired, or was inspired by, other compositions: Geminiani’s Concerto Grosso after Corelli, Op. 5, No. 5 in G Minor, selected movements from Handel’s Concerto Grosso in C Minor, Op. 6, No. 8, and Wassenaer’s Concerto Armonico No. 2 in B-flat Major, reputedly some of the origin material for Stravinsky’s Pulcinella.

Jonathan Woody World Premiere will begin streaming Tuesday, April 20, 2021. Anyone wishing to view the concert is asked to register now through the Handel and Haydn Society website at https://handelandhaydn.org/concerts/2020-21/jonathan-woody-world-premiere/.

The Handel and Haydn Society’s 2020–21 Season Performances include:

A broad offering of H+H digital content can be found on the Watch + Listen page of its website.

Boston’s Handel and Haydn Society is dedicated to performing Baroque and Classical music with a freshness, a vitality, and a creativity that inspires all ages. H+H has been captivating audiences for 206 consecutive seasons (the most of any performing arts organization in the United States). Today, H+H’s Orchestra and Chorus delight more than 50,000 listeners annually with a nine-week subscription series at Boston Symphony Hall and other leading venues. Through the Karen S. and George D. Levy Education Program, H+H supports seven youth choirs of singers in grades 2-12 and provides thousands of complimentary tickets to students and communities throughout Boston, ensuring the joy of music is accessible to all. H+H’s numerous free community concerts include an annual commemoration of the original 1863 Emancipation Proclamation concert on December 31. The artistic director of the Handel and Haydn Society is Harry Christophers. Under Christophers’s leadership, H+H has released 15 CDs on the Coro label and has toured nationally and internationally. In all these ways, H+H fulfills its mission to inspire the intellect, touch the heart, elevate the soul, and connect us with our shared humanity through transformative experiences with Baroque and Classical music.