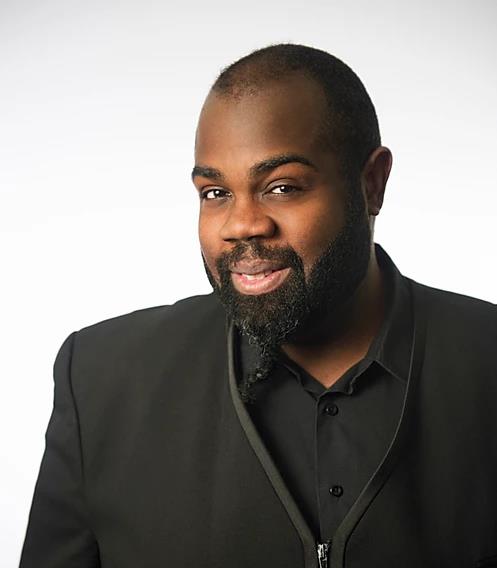 [Boston, MA March 31, 2020] Looking to expand its repertoire to include more composers of color and to reach a broader audience across Greater Boston, the Handel and Haydn Society has named its first-ever programming consultant. Reginald Mobley, director of H+H’s “Every Voice” program and a classically-trained countertenor, will take on the role immediately.

Starting with programming for the 2021-22 subscription season, Mobley will work with H+H to expand the canon beyond well-known composers in Western Europe. The organization will look to increase representation from composers of color, including works from Cuba, Brazil, Mexico, and other countries around the globe. By increasing the diversity of the compositions, it performs, the programming will also help the organization connect with a broader audience across the region. Mobley will also continue to lead the “Every Voice” program, which celebrates the diverse communities that make up the city of Boston through music.

“Baroque and Classical orchestras worldwide have consistently embraced many of the same composers, appealing to a familiar audience. But in doing so, we are leaving behind some wondrous music by incredibly talented composers,” said David Snead, President and CEO of the Handel and Haydn Society. “In his three seasons leading our Every Voice concerts, Reggie has shown his talent for finding brilliant but neglected works by composers of color, women, members of the LGBTQ community, veterans, and more. Now Reggie is going to help us bring those voices to subscription concerts as well.”

Snead noted that, honoring the centenary of the 19th Amendment in 2020, H+H will open its 2020-21 season with its first-ever performance of a work by Clara Schumann, and that the “Every Voice” concerts in November will likewise focus on women composers and women’s voices.

A native of Florida, Mobley studied at the University of Florida in Gainesville with Jean Ronald LaFond and at the Florida State University in Tallahassee with Roy Delp. He started his classical music career as a member of twice GRAMMY®-nominated ensemble Seraphic Fire and has appeared with symphonies and at festivals across the world. At the Handel and Haydn Society, he had the honor of becoming the first Black person to lead H+H in its Bicentennial year. His most recent recording projects include: An all-Handel disc featuring the Ode to the Birthday of Queen Anne, and the Utrecht Te Deum and Jubilate with Bach Akademie Stuttgart led by Hans Christoph Rademann, along with Italian Chamber Duets of Agostino Steffani led by harpsichordist Jory Vinikour. Mobley has worked in musical theater, performing cabaret shows of gospel, jazz, and torch songs in jazz clubs around Tokyo.

A strong devotion to social and political activism is part of Mobley’s everyday life, adding to his strength in reaching diverse communities and has helped focus a desire to make a difference within the arts, particularly on inequality issues regarding race, gender, and sexuality within the classical music industry.

“I have always tried to present an un-straightwashed and un-whitewashed music history, especially in the classical space,” said Mobley. “I applaud H+H for recognizing the need to diversify their performances and reach out to new audiences. I look forward to working with them to open up the audience's eyes to an unconventional and spellbinding collection of composers and broaden their appreciation for Baroque and Classical music.”

Get to Know Reginald Mobley

About the Handel and Haydn Society
Boston’s Handel and Haydn Society is dedicated to performing Baroque and Classical music with a freshness, a vitality, and a creativity that inspires all ages. H+H has been captivating audiences for 205 consecutive seasons (the most of any performing arts organization in the United States). Today, H+H’s Orchestra and Chorus delight more than 50,000 listeners annually with a nine-week subscription series at Boston Symphony Hall and other leading venues. Through the Karen S. and George D. Levy Education Program, H+H supports seven youth choirs of singers in grades 2-12 and provides thousands of complimentary tickets to students and communities throughout Boston, ensuring the joy of music is accessible to all. H+H’s numerous free community concerts include an annual commemoration of the original 1863 Emancipation Proclamation concert on December 31. The artistic director of the Handel and Haydn Society is Harry Christophers. Under Christophers’s leadership, H+H has released 13 CDs on the Coro label and has toured nationally and internationally. In all these ways, H+H fulfills its mission to inspire the intellect, touch the heart, elevate the soul, and connect us with our shared humanity through transformative experiences with Baroque and Classical music.