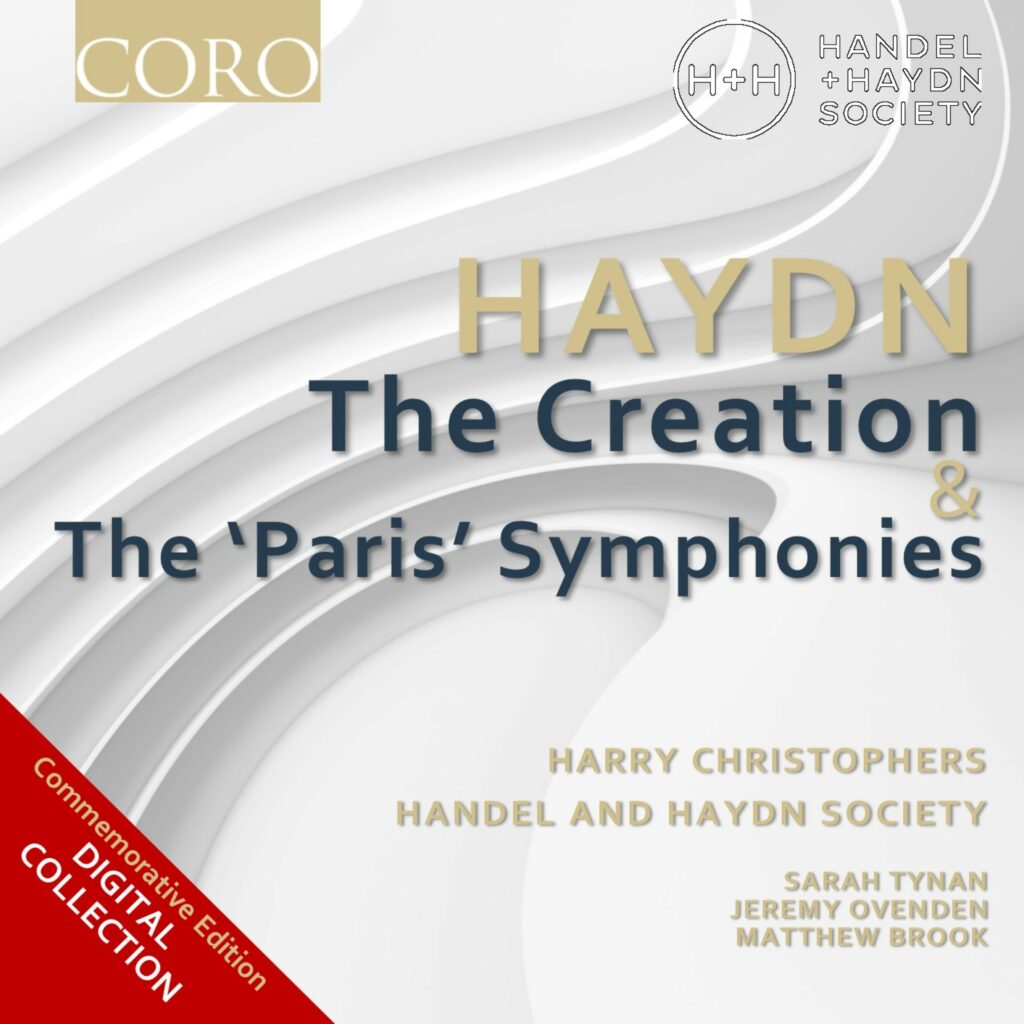 [Boston September 16, 2022] In honor of Harry Christophers’s acclaimed career as Artistic Director of the Handel and Haydn Society, the CORO record label is releasing a digital collection of some of H+H’s greatest recordings with the celebrated conductor. Christophers was appointed Artistic Director at H+H in 2009 and held the position for 13 years, leading America’s oldest performing arts organization through its 2015 Bicentennial and elevating H+H to be regarded as one of the finest Baroque and Classical ensembles in the nation. He stepped down as Artistic Director following the 2021-22 season and has since been named H+H’s Conductor Laureate.

The new digital offering includes Haydn’s Six Paris Symphonies, previously released on individual albums and H+H’s epic recording of Haydn’s The Creation. This is the first time the H+H Paris Symphonies have ever been released together as one collection. The music is available now on all digital platforms.

CORO is also giving listeners the chance to hear Haydn’s The Creation like never before with a special re-mastered edition of the H+H recoding in Spatial Audio with Dolby Atmos. The recording is the closest thing to a live performance. Spatial Audio with Dolby Atmos directs the sound to the appropriate speaker in a surround sound system giving the impression that the listener has the best seat in the house for the monumental work. The re-mastered The Creation will be available for download October 7th on Apple Music, Amazon and Tidal. “Spatial Audio with Dolby Atmos is a profound way to experience H+H’s mastery of The Creation,” said David Snead, President and CEO of the Handel and Haydn Society. “Just close your eyes and you will be enveloped in the sound as the winds and strings of Haydn’s orchestral masterpiece fill every corner of your room, transporting you back to Vienna at the turn of the 19th century when Haydn premiered the work.”