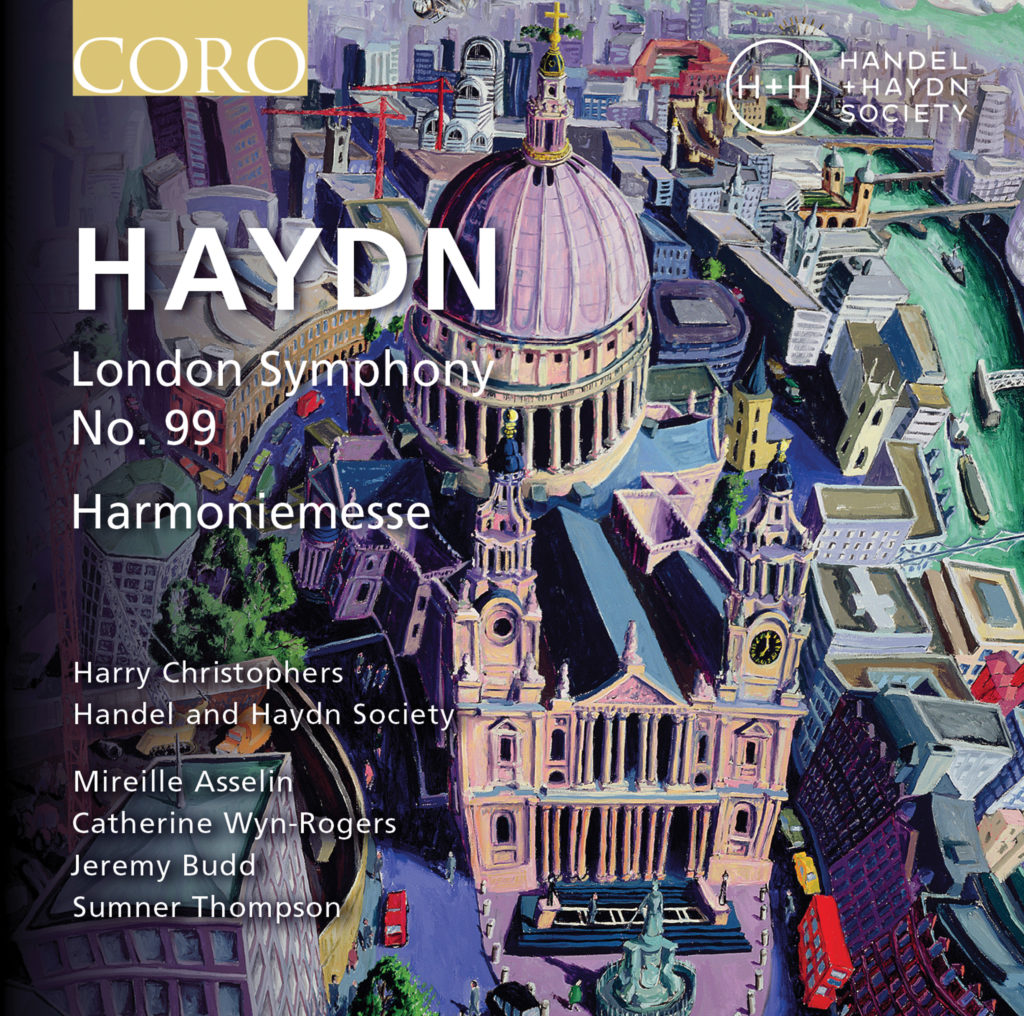 [Boston, December 11, 2019] The Handel and Haydn Society continues its acclaimed Haydn exploration with a live recording of the dramatic and sumptuous Mass in B-flat major more commonly known as the Harmoniemesse. It is accompanied by the Symphony No. 99 in E-flat major. Released on the CORO record label, Haydn Masses Volume 1 was recorded live under the baton of H+H Artistic Director Harry Christophers at Symphony Hall in Boston on January 25 and 27, 2019.

Symphony No. 99 in E-Flat Major is the seventh of the 12 “London” symphonies written by Joseph Haydn. The work, which premiered in 1794, is scored for two flutes, two oboes, two clarinets, two bassoons, two horns, two trumpets, timpani, and strings allowing the acclaimed Handel and Haydn Society Orchestra to shine in this historically informed performance.

Known as Harmoniemesse because of its use of a full wind band, the Mass in B-Flat Major was the last major work written by Haydn and is divided into six movements. The recording features the Handel and Haydn Society Orchestra and Chorus, along with soprano Mireille Asselin, a Canadian singer deemed “superb” by the Los Angeles Times, and praised for her stage presence. Also featured are British mezzo-soprano Catherine Wyn-Rogers, bringing a larger-than-life presence to the H+H performance; British tenor Jeremy Budd, who brings a strong,

mature voice; and American baritone Sumner Thompson, hailed as the “real thing” by the Cleveland Plain Dealer and often praised for his elegant style.

The Handel and Haydn Society is America’s oldest continuously operating arts organization. Harry Christophers has been Artistic Director since 2008 during which time the Society has released 12 recordings on CORO including Haydn’s Creation, all six of his “Paris” symphonies, Mozart’s Requiem and Handel’s Messiah, and a Christmas album – Joy to the World – celebrating America’s favorite festive tunes.

Haydn Masses Volume 1 is available for purchase at any Handel and Haydn performance or online at handelandhaydn.org.