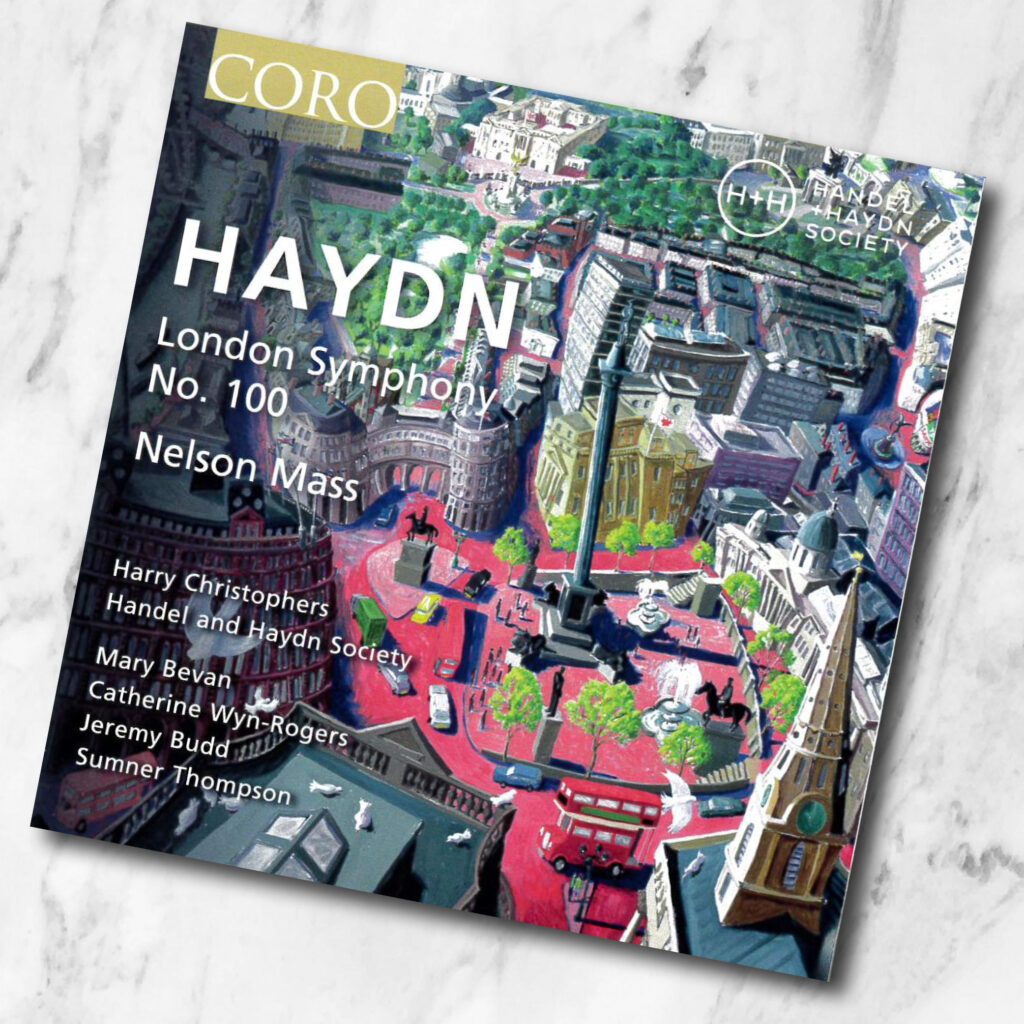 Haydn Masses Vol. 2 opens with one of Haydn’s masterful “London” symphonies, the hit Military. Completed in 1793, Haydn’s Symphony No. 100 is known as the Military Symphony for its intense depictions of the clash of arms and ferocious roar of war.

The live recording of the Lord Nelson Mass features the Handel and Haydn Society Chorus as well as soprano Mary Bevan, internationally renowned for her baroque, classical, and contemporary repertoire, and winner of the Royal Philharmonic Society’s Young Artist Award, among others. She is joined by mezzo-soprano Catherine Wyn-Rogers, tenor Jeremy Budd, and baritone Sumner Thompson.

The Handel and Haydn Society is America’s oldest continuously operating arts organization. Harry Christophers has been Artistic Director since 2009 during which time the Society has released 13 recordings on CORO including Haydn’s The Creation, all six of Haydn’s “Paris” symphonies, Mozart’s Requiem and Handel’s Messiah, and a holiday album – Joy to the World – celebrating America’s favorite festive tunes.

Haydn Masses Vol. 2 can be purchased now at the shop section of handelandhaydn.org.

Boston’s Handel and Haydn Society is dedicated to performing Baroque and Classical music with a freshness, a vitality, and a creativity that inspires all ages. H+H has been captivating audiences for 206 consecutive seasons (the most of any performing arts organization in the United States). Today, H+H’s Orchestra and Chorus delight more than 50,000 listeners annually with a nine-week subscription series at Boston Symphony Hall and other leading venues. Through the Karen S. and George D. Levy Education Program, H+H supports seven youth choirs of singers in grades 2-12 and provides thousands of complimentary tickets to students and communities throughout Boston, ensuring the joy of music is accessible to all. H+H’s numerous free community concerts include an annual commemoration of the original 1863 Emancipation Proclamation concert on December 31. The artistic director of the Handel and Haydn Society is Harry Christophers. Under Christophers’s leadership, H+H has released 13 CDs on the Coro label and has toured nationally and internationally. In all these ways, H+H fulfills its mission to inspire the intellect, touch the heart, elevate the soul, and connect us with our shared humanity through transformative experiences with Baroque and Classical music.