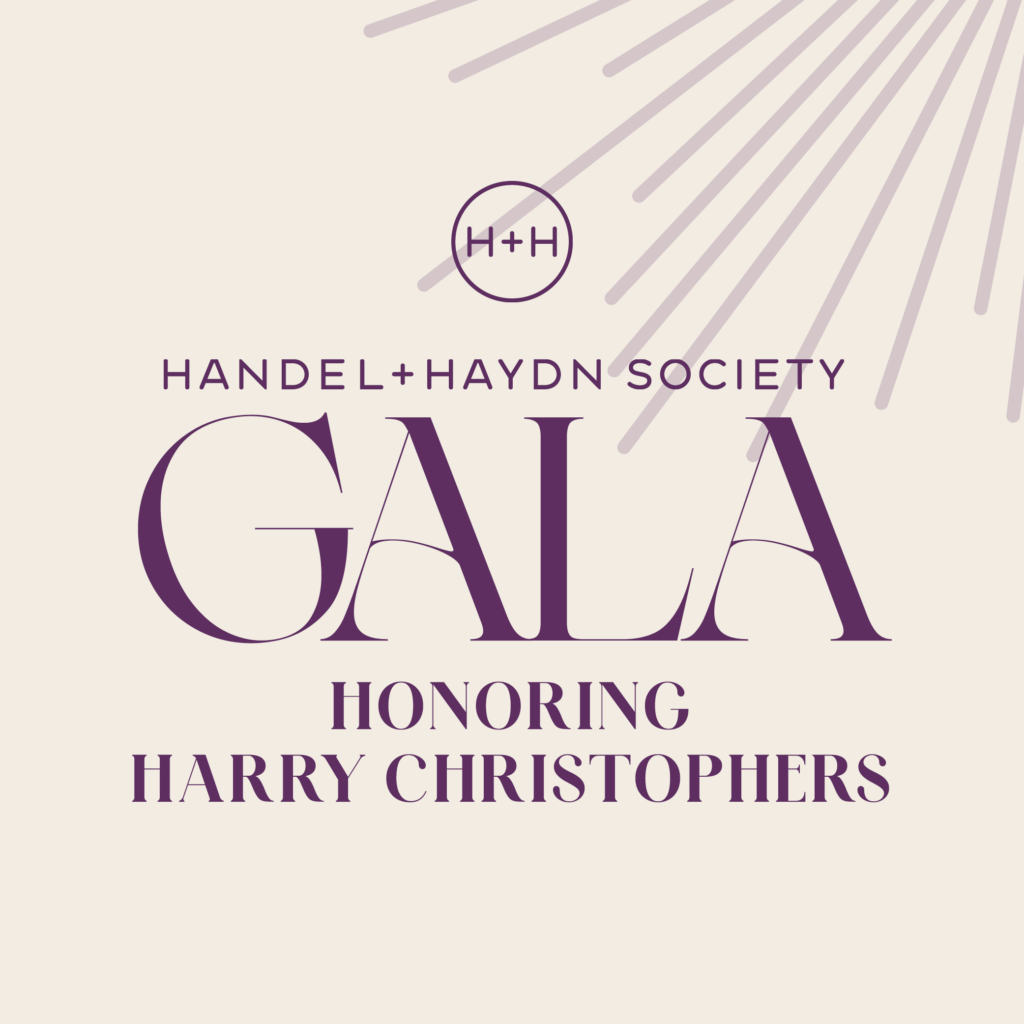 Proceeds from the Gala will support the Harry Christophers Fund for Artistic Excellence which provides funding to carry on Harry’s legacy and positions H+H for future artistic success. H+H announced the creation of this fund before November’s performances of Handel’s Messiah at Symphony Hall. At the same time, H+H also named Christophers as Conductor Laureate; the title will take effect after Christophers concludes his tenure as Artistic Director.

Under Christophers’s direction, the Handel and Haydn Society has been transformed; Christophers has hired more than 60% of the current roster of musicians, whom he has led in 15 commercial recordings, the most of any H+H artistic director. Christophers led H+H through its 2015 Bicentennial, celebrating an unprecedented milestone for an American ensemble and has also played a significant role in increasing the awareness of H+H outside of Boston, drawing audiences in through expanded tours, with performances at Tanglewood and for the first time in more than 20 years, a return to New York City. As a result, subscriptions for the organization have risen by more than 60% during his tenure, the organization’s endowment has grown from $3 million to $27 million and H+H is regarded as one of the finest Baroque and Classical ensembles in the nation.

“Harry has left a profound impact on H+H. While there aren’t enough ways to say thank you for everything he has done for our organization, we hope the Gala serves as a small opportunity for us to show Harry how much we care for and respect him,” said David Snead, President and CEO of the Handel and Haydn Society. “We have a few surprises up our sleeve for Harry at this event and we hope it is an evening he will never forget.”

Christophers is known internationally as founder and conductor of the British choir and period-instrument ensemble The Sixteen, which he has directed throughout Europe, America, Australia, and Asia, gaining a distinguished reputation for his work in Renaissance, Baroque, and 20th- and 21st-century music. In 2000, he instituted The Choral Pilgrimage, a tour of British cathedrals from York to Canterbury. He has recorded over 150 titles for which he has won numerous awards, including the coveted Gramophone Award for Early Music and the prestigious Classical Brit Award. His CD IKON was nominated for a 2007 Grammy and his second recording of Handel’s Messiah on The Sixteen’s own label CORO won the prestigious MIDEM Classical Award. In 2009, he received one of classical music’s highest accolades, the Classic FM Gramophone Awards Artist of the Year Award, and The Sixteen won the Baroque Vocal Award for Handel Coronation Anthems, a CD that also received a 2010 Grammy Award nomination, as did Palestrina, Vol. 3 in 2014, and Monteverdi Vespers of 1610 in 2015. From 2007 he has featured with The Sixteen in the highly successful BBC television series Sacred Music, presented by actor Simon Russell Beale. The latest hour-long program, devoted to Monteverdi’s Vespers, screened in 2015. He recently collaborated with Sara Mohr-Pietsch to produce a book A New Heaven, published by Faber. In 2021, he received the prestigious Michael Korn Founders Award for Development of the Professional Choral Art by Chorus America. Christophers was awarded a CBE (Commander of the Order of the British Empire) in the 2012 Queen’s Birthday Honors. He is an Honorary Fellow of Magdalen College, Oxford, and also of the Royal Welsh College of Music and Drama, and has Honorary Doctorates from the Universities of Leicester, Canterbury Christ Church, Northumbria and Kent. In 2020 he was made President of the Cathedral Music Trust.