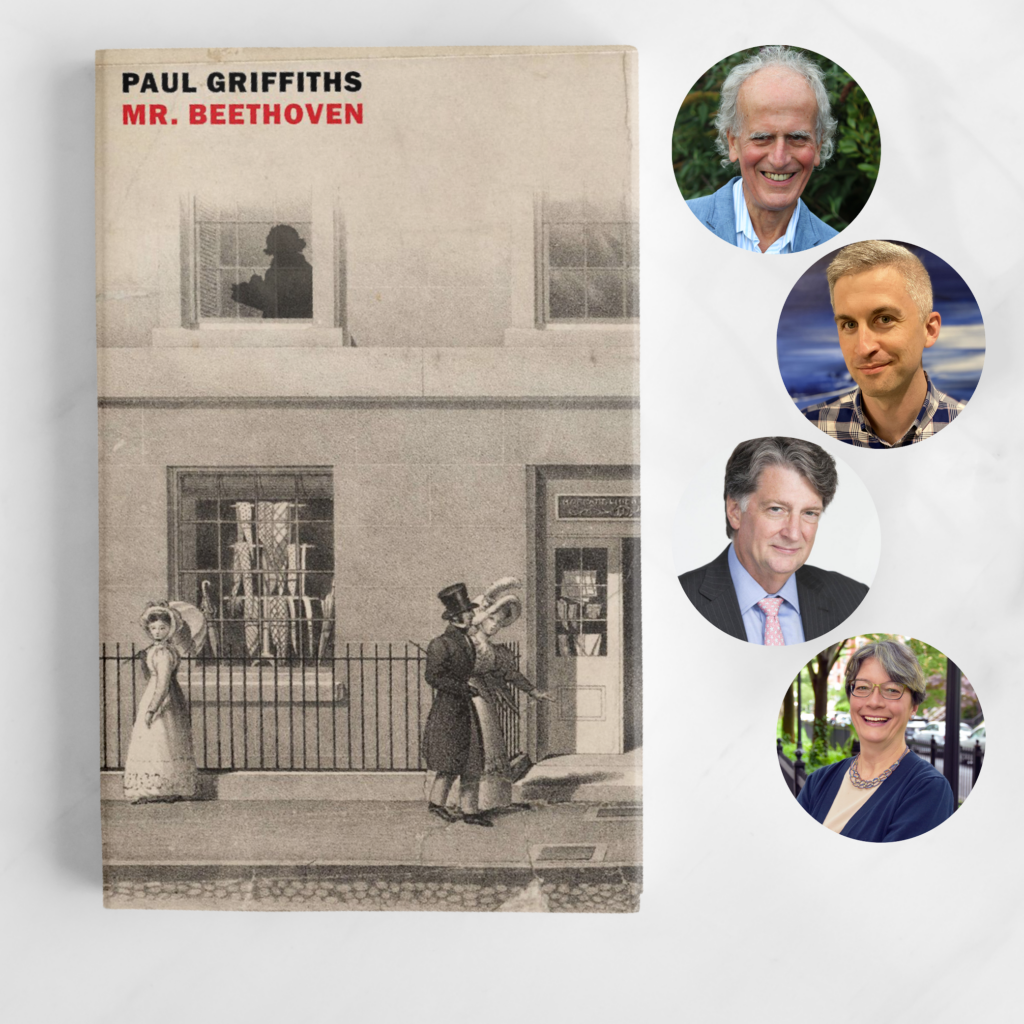 [Boston, MA January 14, 2022] The Handel and Haydn Society will host an online discussion with Paul Griffiths, author of Mr. Beethoven on Thursday, January 20, 2022 at 12:00 PM. The panelists will include Boston Globe Literary Critic Michael Patrick Brady as moderator, H+H President and CEO David Snead, and H+H Historically Informed Performance Fellow Teresa Neff. The event will be livestreamed free of charge at handelandhaydn.org; registration is required.

In 1823, H+H offered Ludwig van Beethoven a commission to compose an oratorio for Boston, but Beethoven never responded. But what if Beethoven had taken the job? That is what novelist Paul Griffiths imagines in Mr. Beethoven. Chronicling Beethoven’s fictional 1833 journey, the novel takes readers to Boston as the famous composer navigates America for the first time and prepares to deliver his new work to H+H.

Paul Griffiths is a Welsh novelist, librettist, and music critic. He has worked as a critic for major publications such as The Times (London), The New York Times, and The New Yorker. His first novel, Myself and Marco Polo, was published in the UK in 1989 and won the 1990 Commonwealth Writers’ Prize. He lives in the village of Manorbier, Wales.

The discussion is set to run from 12:00 – 1:00 PM and will include the opportunity for viewers to ask questions of the panel. Everyone is encouraged to register for the stream at handelandhaydn.org/mr-beethoven/.