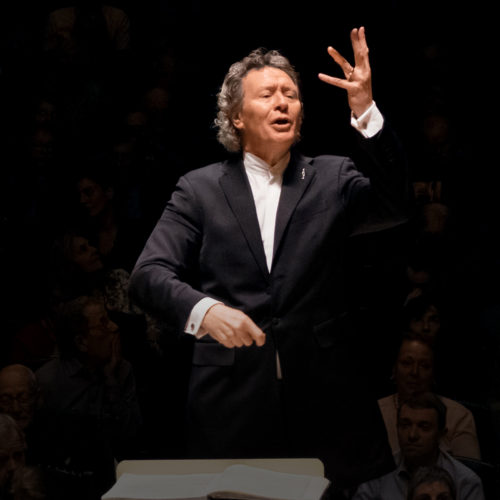 The program is a collection of Johann Sebastian Bach’s effervescent masterpieces brought joyously alive by an orchestra, chorus, and conductor doing what they do best – touching hearts. The performances will include the well-loved Brandenburg Concerto No. 3, Cantata 179, Siehe zu, daß deine Gottesfurcht nicht Heuchelei sei (See that your fear of God is not hypocrisy), Mass in G Major, Cantata V from Christmas Oratorio, and Concerto for Two Violins in D Minor, considered among the best examples of the late Baroque period.

“We open our 204th season at Symphony Hall with Bach, universally regarded as one of the greatest composers of all time,” said David Snead, President and CEO of the Handel and Haydn Society. “The orchestra will bring Bach’s vision and compositions to life, in the manner originally intended, using both historically informed techniques and the original instruments for which the music was composed. It promises to be a powerful way to begin our new season.”

Aisslinn Nosky, Concertmaster, and Susanna Ogata will be the concert’s featured violinists, bringing inspiration particularly during the Double Violin Concerto, a masterful showpiece famed for its beautiful middle movement, and regarded as one of the most popular of all pieces of classical music. Grammy- award-winning tenor Aaron Sheehan and members of the H+H Chorus will bring ringing force to the choral masterpieces.