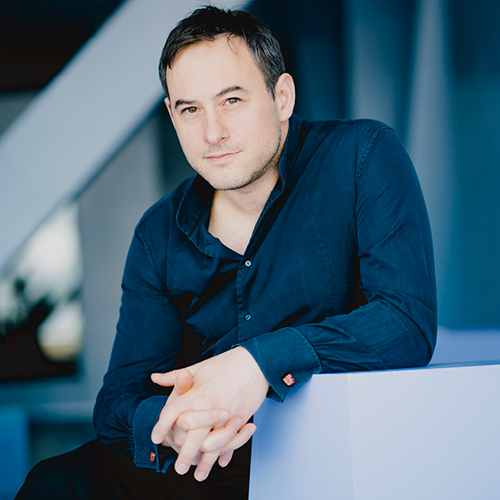 The Handel and Haydn Society Orchestra will perform Haydn’s Symphony No. 6, Le Matin and Symphony No. 92, Oxford, along with Beethoven’s Symphony No. 1. Jonathan Cohen, a conductor, cellist, and keyboardist well-known for his passion and commitment to chamber music, will lead the Orchestra in this performance. Cohen is founder and artistic director of Archangelo, one of the world’s leading ensembles that bring together musicians who excel in both historical and modern instruments. Cohen also serves as music director of Les Violons du Roy, artistic director of Tetbury Festival, and an artistic partner of the St. Paul Chamber Orchestra. This will be Cohen’s debut with the Handel and Haydn Society.

Haydn’s Symphony No. 6, Le Matin (Morning) was written in 1761, the first symphonic work Haydn composed for Prince Paul II Anton Esterhazy. It is the first of three “Time of Day” symphonies composed by Haydn while in the Prince’s employment. Symphony No. 92, Oxford was completed in 1789, one of a set of three symphonies commissioned by the French Count d’Ogny. Known as the Oxford, it was this symphony that Haydn conducted at Oxford’s Sheldonian Theater in 1791, upon the awarding of his doctorate of music.

Beethoven’s Symphony No. 1 premiered in Vienna in 1800, debuting Beethoven’s symphonic work to the world. Dedicated to Baron Gottfried Van Swieten, it was written at the dawn of a new century when Beethoven was just 29. As it bids farewell to the 18th century, the First Symphony steps into the future.

“Beethoven’s brilliant Symphony No. 1, prefaced by two sparkling Haydn symphonies, will be showcased by the exciting artistry of the H+H Orchestra,” said Handel and Haydn Society President and CEO David Snead. “We are thrilled to bring these grand classics to life on the instruments for which they were written, under the baton of Jonathan Cohen in his H+H debut.”

The Handel and Haydn Society’s remaining 2019–20 Season Performances include: