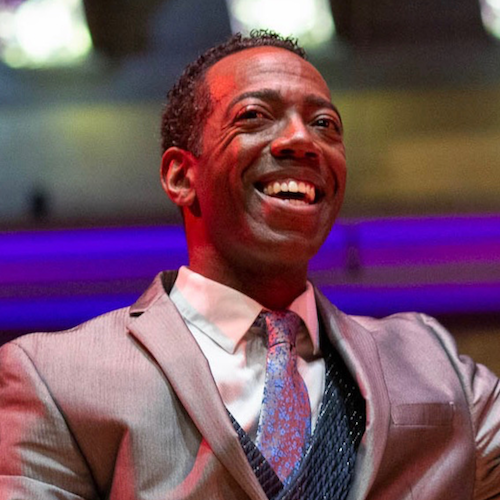 [Boston, MA – December 21, 2021] The Handel and Haydn Society and the Museum of African American History present the Emancipation Proclamation Concert. Part of Boston’s First Night celebration, the free concert is open to the public and will take place at the historic Trinity Church Boston in Copley Square on Friday, December 31, 2021, at 1:00 pm with Anthony Trecek-King conducting.

The concert marks the return of the annual New Year’s Eve tradition for H+H that had to be canceled last year due to the pandemic. This will be the H+H premiere performance led by conductor Anthony Trecek-King, and it will include narration by National Poetry Slam Champion Regie Gibson reading of passages from the Emancipation Proclamation.

The Emancipation Proclamation Concert is an afternoon of music and storytelling on the anniversary of President Abraham Lincoln’s famous speech in 1863. It has become a tradition for many families across Boston as they prepare to ring in the New Year.

In its ninth year, the concert continues to be a collaboration between two organizations dedicated to preserving and showcasing history, commemorating Boston’s historic central role in the abolition movement, celebrating the spirit of progress for human rights, and recognizing the role of music in creating alliance and belonging.

Members of H+H performed at the first Emancipation Proclamation celebration in Boston in 1863. Now nearly 160 years later, the Emancipation Proclamation concert will include performances of My Lord What a Morning, A.G. Duncan’s My country! ‘tis of thee, Felix Mendelssohn’s Verleih uns Frieden gnädiglich, William Lloyd Garrison’s Song of the Abolitionist, Oh, Freedom, R. Nathaniel Dett’s America the Beautiful, Handel’s Hallelujah, Amen from Judas Maccabaeus, and We Shall Overcome. Marlon Matthews, tenor will join members of the H+H Chorus for the performance.

“The Emancipation Proclamation Concert is one of the truly special events at H+H that we look forward to every year,” said H+H President and CEO David Snead. “We are excited to see what Dr. Trecek-King has in store for the performance and look forward to welcoming everyone back to Trinity Church as we celebrate the New Year and commit ourselves once again to working together toward liberty, freedom, and equality for all.”