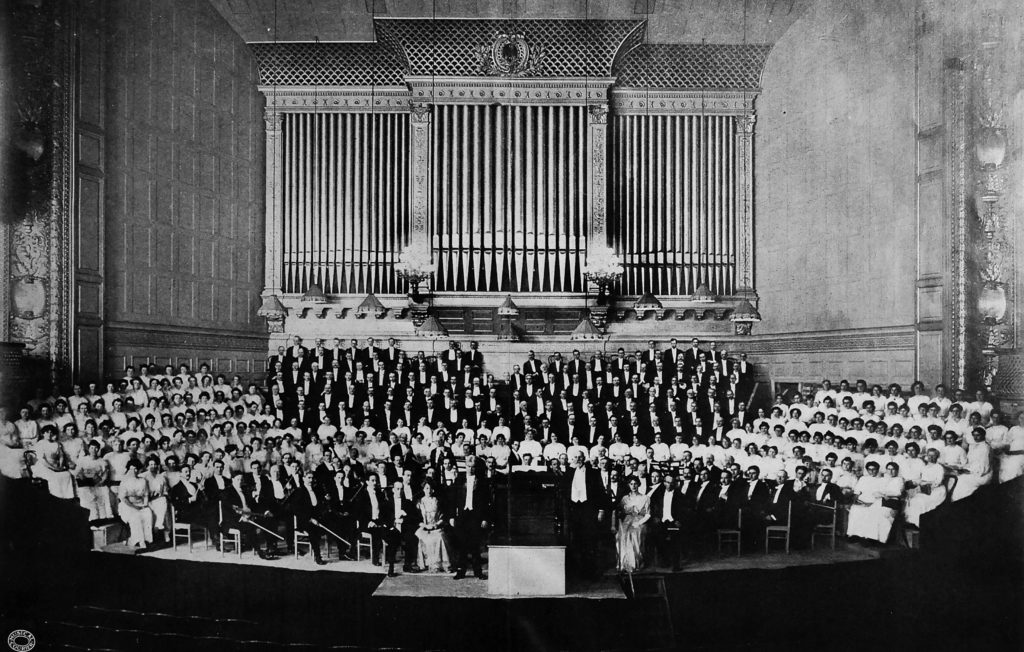 No H+H concerts were cancelled in 1918. The first concert of the season was Messiah, on December 22, 1918. Beginning the regular season in December with Messiah was not unusual at this time.  H+H had been following this practice—with a handful of exceptions—since its 76th season (1890-91) and continued this tradition until at least the 118th season (1932-33).

The first rehearsal of H+H’s 1918-19 season was postponed twice, first to October 13 and then to October 20, 1918 because all public halls in Boston were closed in an effort to contain the flu.

Right in Symphony Hall, where you can still enjoy our performances a century later.

What happened with the soloists for Messiah that season?

Two of the four soloists for the Messiah concert (soprano Florence Hinkle and bass Henri Scott) were last-minute substitutions because of the flu. They replaced the scheduled soloists soprano Mabel Garrison and bass Arthur Middleton.

How many audience members attended concerts that season?

What we all still have in common with Boston music lovers from the early 1900’s is our faith that music will fill our hearts during times of trouble.