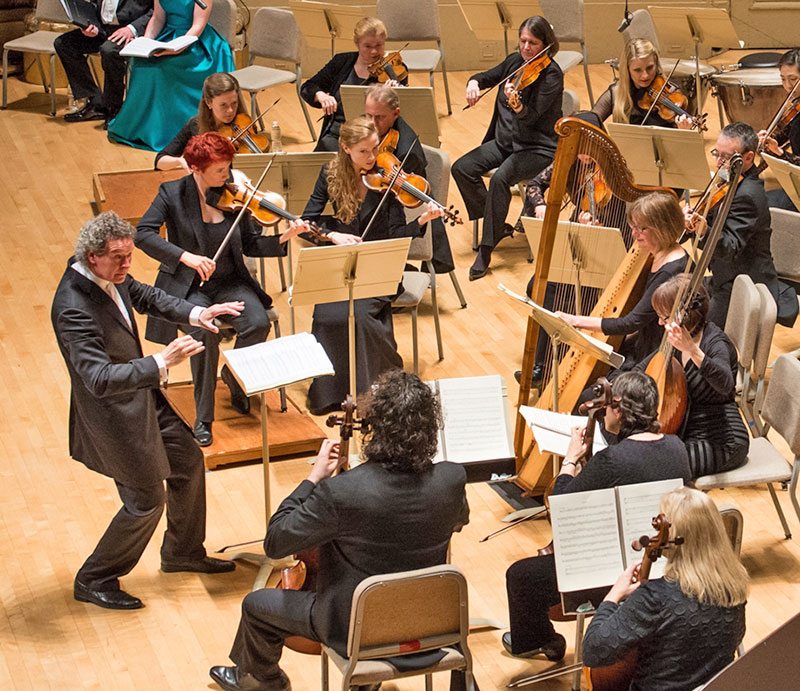 Most composers throughout history have written primarily on commission, or at least with specific ensembles and occasions in mind for the first performances of new pieces. This guarantees that their pieces will be played, and usually ensures that the composer will be paid for them.

Orchestras and choruses commission new works to stimulate the creation of new music, create excitement, and enlarge their repertoire. Commissioning an especially famous composer also brings prestige on an organization.

With that in mind, imagine if H+H had commissioned Ludwig van Beethoven himself. In fact, we tried in 1823, when Samuel Richardson, a founding member of H+H, reached out to Beethoven through a Viennese banker. But the great composer was busy writing his Ninth Symphony and about to embark on his late string quartets. He didn’t accept the commission from the upstart ensemble across the Atlantic, but did remark that he was glad his fame had reached America.

Since then, H+H has successfully commissioned at least 12 works from modern and contemporary composers. Most prominent are two midcentury works by Bostonians: Randall Thompson’s The Passion According to St. Luke (1965, part of H+H’s 150th anniversary celebration) and Daniel Pinkham’s chamber opera, Garden Party (1977). Sir John Tavener’s Lamentations and Praises was co-commissioned by H+H with Chanticleer and the Metropolitan Museum of Art, and won two Grammys in 2002.

Most recently, H+H commissioned Gabriela Lena Frank, whose My Angel, His name is Freedom was commissioned and premiered in honor of the organization’s 2015 Bicentennial with support from the Library of Congress.