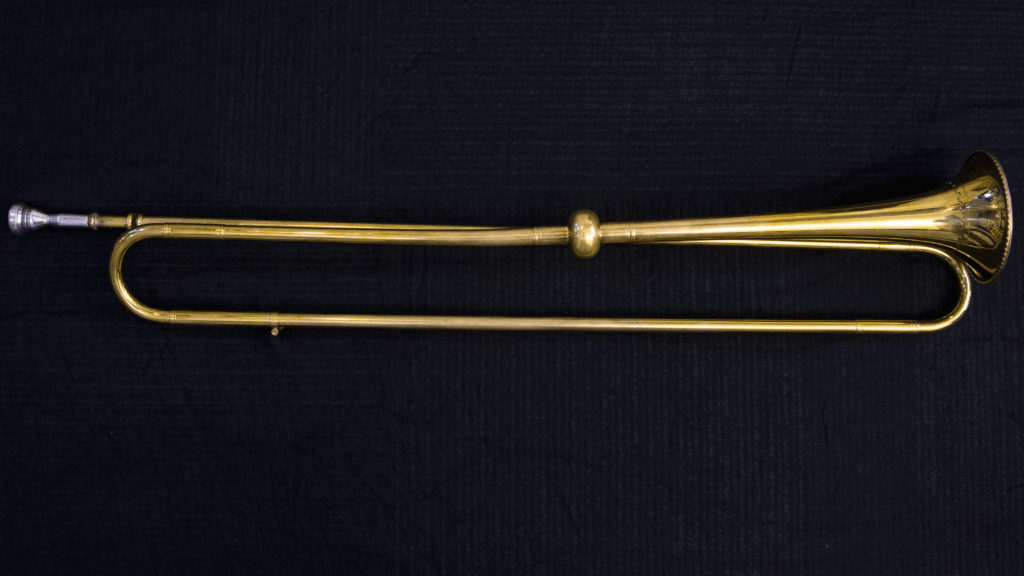 H+H uses period instruments to create an historically-informed presentation of Baroque and Classical music—as close as possible to the composer’s original intent. Interestingly, not all the instruments are available as working antiques. Sometimes we make new instruments to function and sound like the originals.

Jesse Levine is learning an unusual new instrument for H+H this year: a slide trumpet, or tromba da tirarsi. It’s a small, Baroque trumpet that has a slide like a trombone.

“We programmed Bach’s Cantata 147 for this year’s Bach Christmas program, and it’s got two types of trumpet parts. The opening chorus and aria are for regular natural trumpet, however there’s two chorales, including the famous Jesu, Joy of Man’s Desiring, with a part for slide trumpet, which just doubles the tune with the sopranos. It’s not possible to play on a natural trumpet, because not all the notes exist in the harmonic series (the only notes a regular natural trumpet can play).

“Being that this piece required it, I thought I’d go buy one. I searched on the internet, and the only person who makes one is a guy in Wales named Matthew Parker (matthewparkertrumpets.com). I called him, and he made one for me and sent it over. Altogether, it took about eight or nine weeks.

“There are four slide positions (a trombone has seven), so it’s basically four natural trumpets in one. The technique is similar in that respect, but if it’s out of tune, you have to adjust the whole slide. Trumpet players bend with their lips, but now I can just use the slide like a trombonist.”