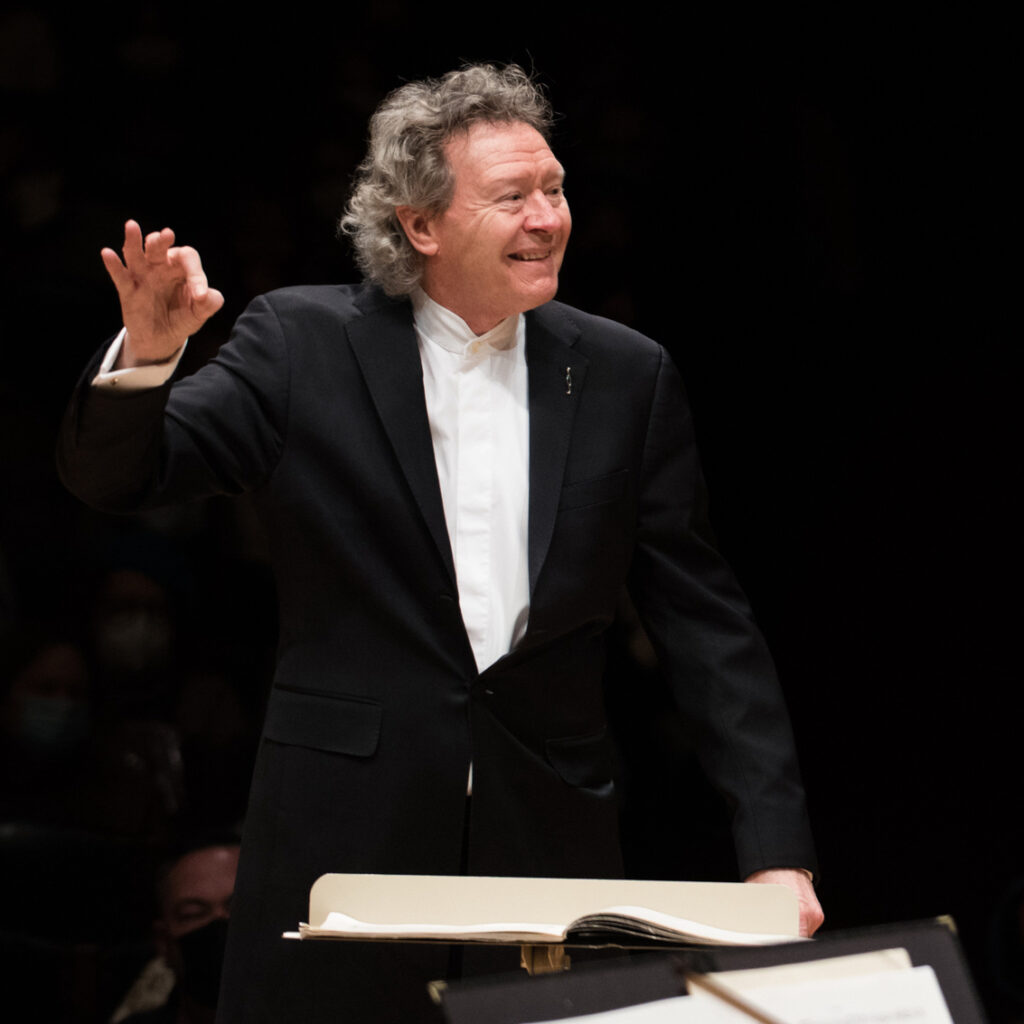 When I spoke on Zoom with Harry Christophers in November, I asked him what he had been proudest of during his 13 years as artistic director of the Handel and Haydn Society. His answer was instant. “Oh, Haydn. Haydn,” he said with a wide grin. He had led a few symphonies and performances of “The Creation” with modern orchestras, but he had never delved deeper, he explained. “You guys have really given me the bug… I suddenly realized just what was possible.”

It’s fitting, then, that Christophers is marking the end of his tenure by drawing on both his long career of choral music and his more recently found love of Haydn, leading two of the composer’s landmark pieces for chorus and orchestra. His grand finale with the period-instrument ensemble and its chorus will be “The Creation,” Haydn’s best known oratorio, with performances scheduled on April 29 and May 1. If Friday’s performance of the shorter, smaller-scale “Theresienmesse” at Symphony Hall was an appetizer for what’s to come, the main course will likely be spectacular….

And it was absolutely not an off-night for the Handel and Haydn Chorus, which wove a shimmering tapestry from the “Theresienmesse.” This chorus is
consistently excellent, but something had lit a special fire under them: perhaps it was the knowledge that time with Christophers is limited, combined with the touch-and-go status of so many choral performances in recent weeks due to COVID concerns. Of the “Theresienmesse” the chorus and orchestra made a brilliant tapestry, with assists from the same quartet of soloists with which H+H performed and recorded Haydn’s “Lord Nelson” Mass in January 2020. Mezzo-soprano Catherine Wyn-Rogers displayed a supple and strong low range that never got lost in the mix, while soprano Mary Bevan gave the highest solos a buoyant, silvery sheen, delicately sculpting the phrases of “Et incarnatus est.” Tenor Jeremy Budd and baritone Sumner Thompson provided a robust foundation for quartets and impeccable lines on their own. When Christophers’s face was briefly visible to the audience, he was beaming like a child on Christmas morning, and one could see several choristers’s faces also alight with smiles. On the whole, I have never been too enamored of Haydn’s vocal works, but a few more performances like this might make a believer of me….