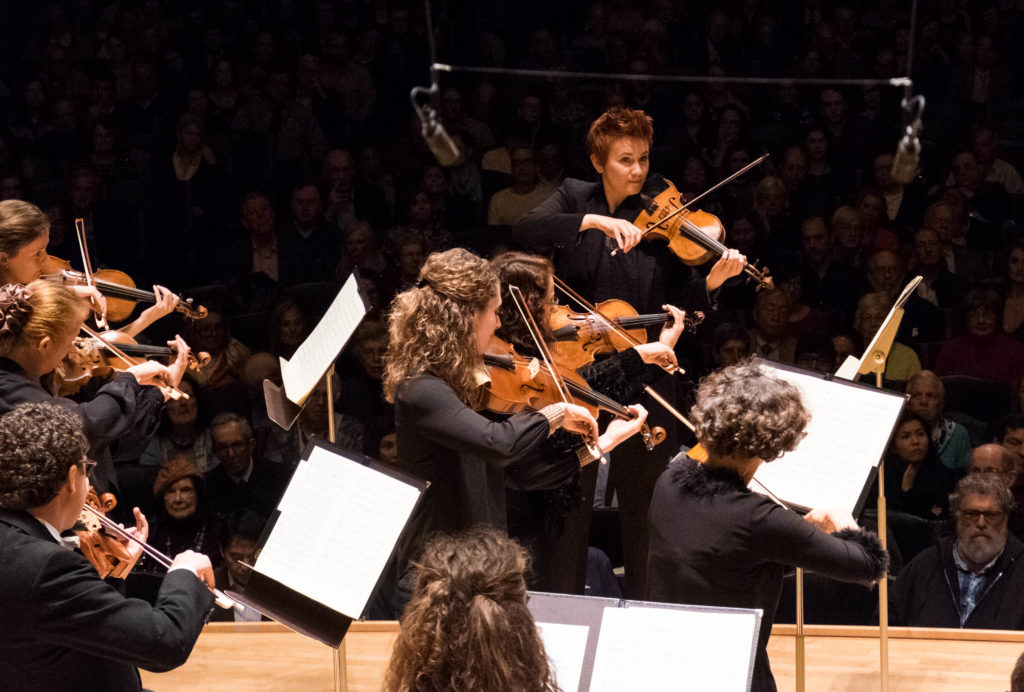 Handel and Haydn Society, led from within its own ranks

Marketing efforts underway at the Handel and Haydn Society appear to be working, as Symphony Hall was impressively full on Sunday afternoon for a matinee concert with neither guest conductor nor guest soloist on the program. The ensemble instead tapped leaders from its own ranks: Concertmaster Aisslinn Nosky directed the program, and on the second half, she joined two H&H colleagues to form the triumvirate of soloists required for Beethoven’s Triple Concerto.

The afternoon opened with the Overture to “L’amant anonyme” by Joseph Bologne, Chevalier de Saint-Georges, a fascinating 18th-century figure whose life has been the subject of a biopic rather infelicitously titled “Le Mozart Noir.” He was among the first classical composers of African descent as well as a violinist, an orchestra leader, and a renowned swordsman. The overture presented on Sunday caught the ear with its rhythmic drive and graceful melodic contours. As is presumably the goal by including a brief work like this one, it left you eager to hear more.

The piece was presented in the context of what we could call a roughly contemporary score — but what a contemporary score! Mozart’s great G-minor Symphony (No. 40) has a way of making everything around it sound pedestrian by comparison. On Sunday the piece was given a lithe and lively account, one that pointed up dynamic contrasts in the outer movements.

Interestingly, this reading was also something of an experiment in performance practice, as the H&H orchestra has been trying a new way of approaching the antiphonal layout of its violins. Specifically, on Sunday the first violins were placed along the right side of the stage, where the seconds typically reside. Speaking to the audience, Nosky noted the benefits of this seating for ensemble sightlines…

…During Sunday’s account of Beethoven’s Triple Concerto…the dynamism and warm rapport of this trio of soloists were unmistakable, and, when paired with this score’s winning combination of extroverted grandeur and conversational charm, this performance clearly hit its mark. Sunday’s grateful audience was quick to its feet.