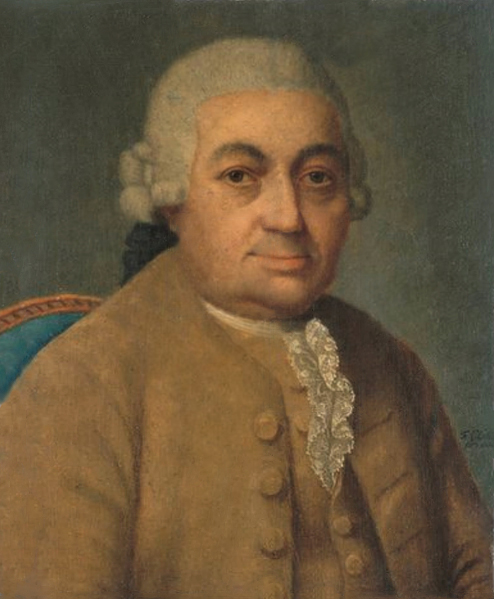 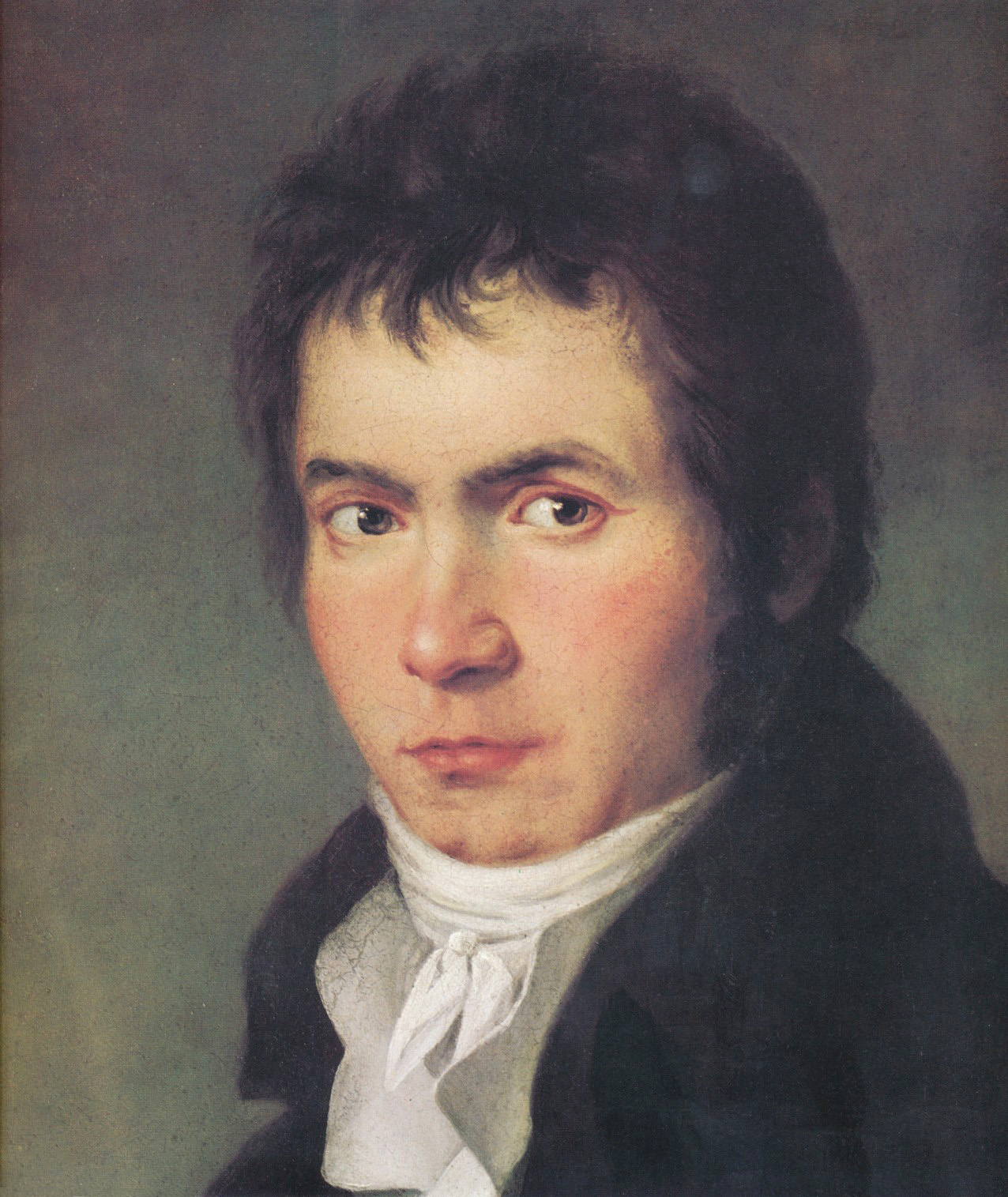 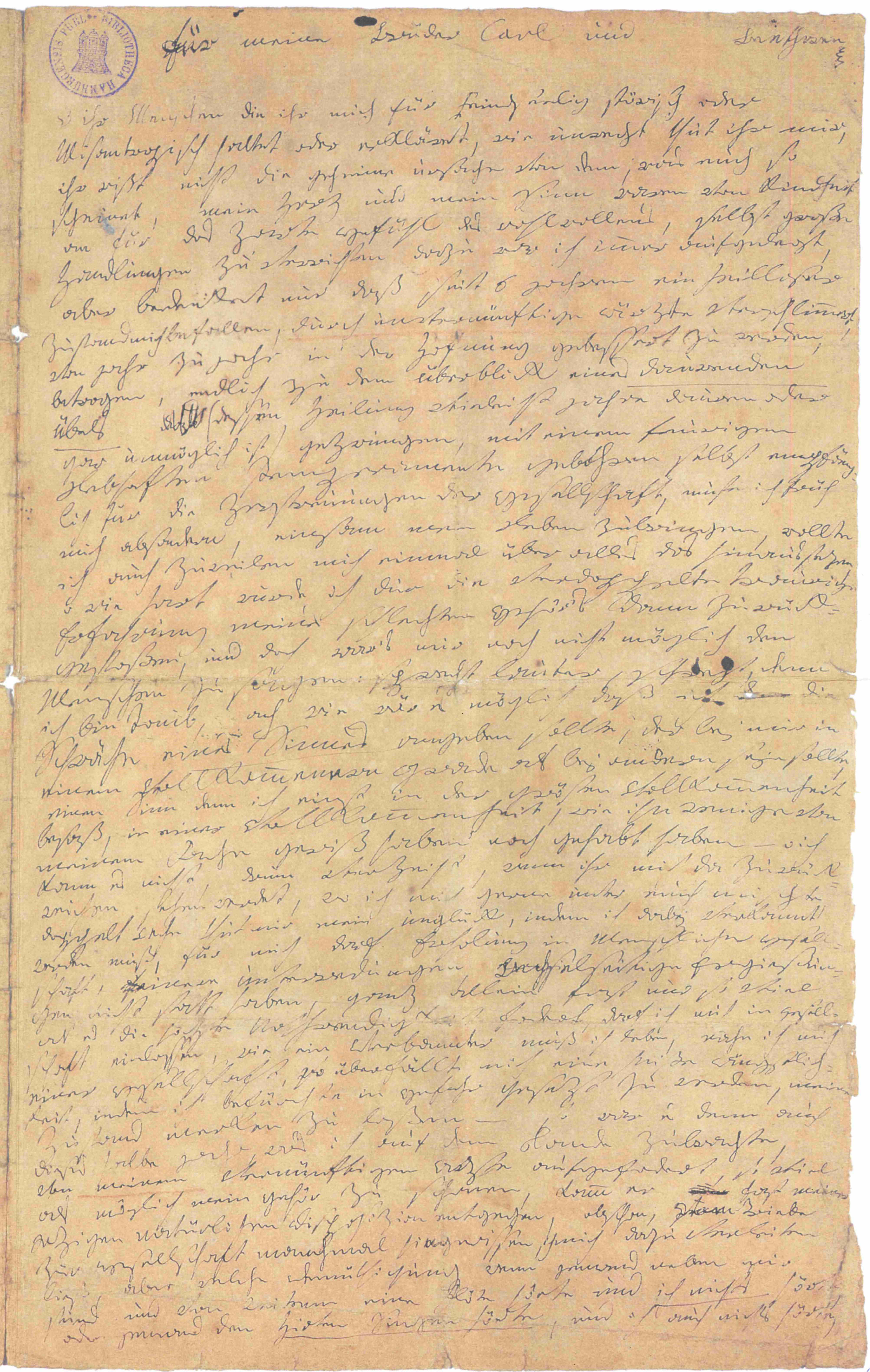 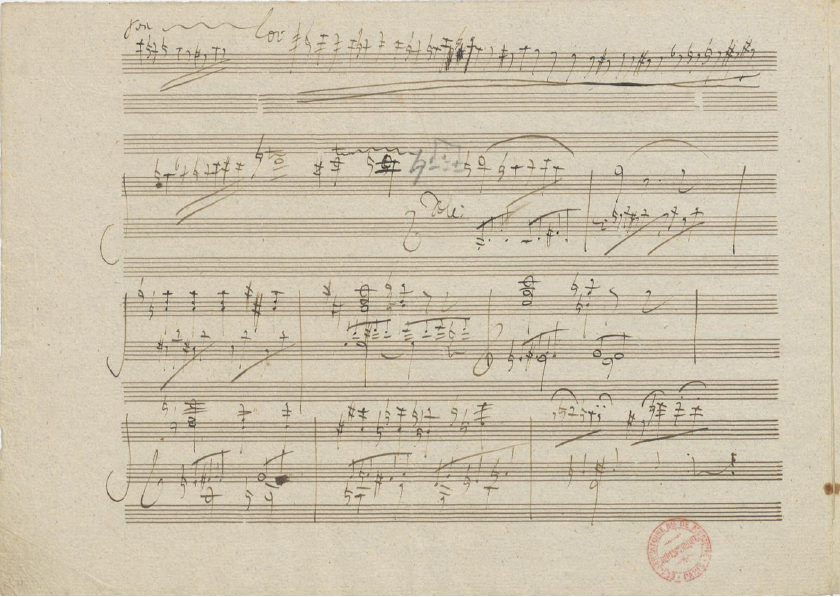 Cadenza for the first movement of Beethoven’s Piano Concerto No. 3 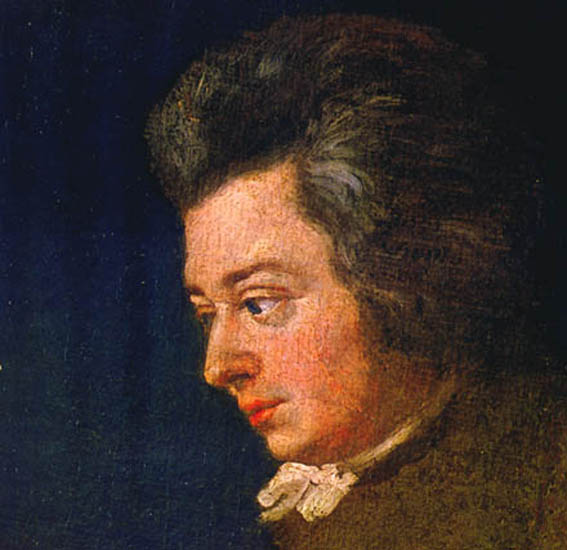 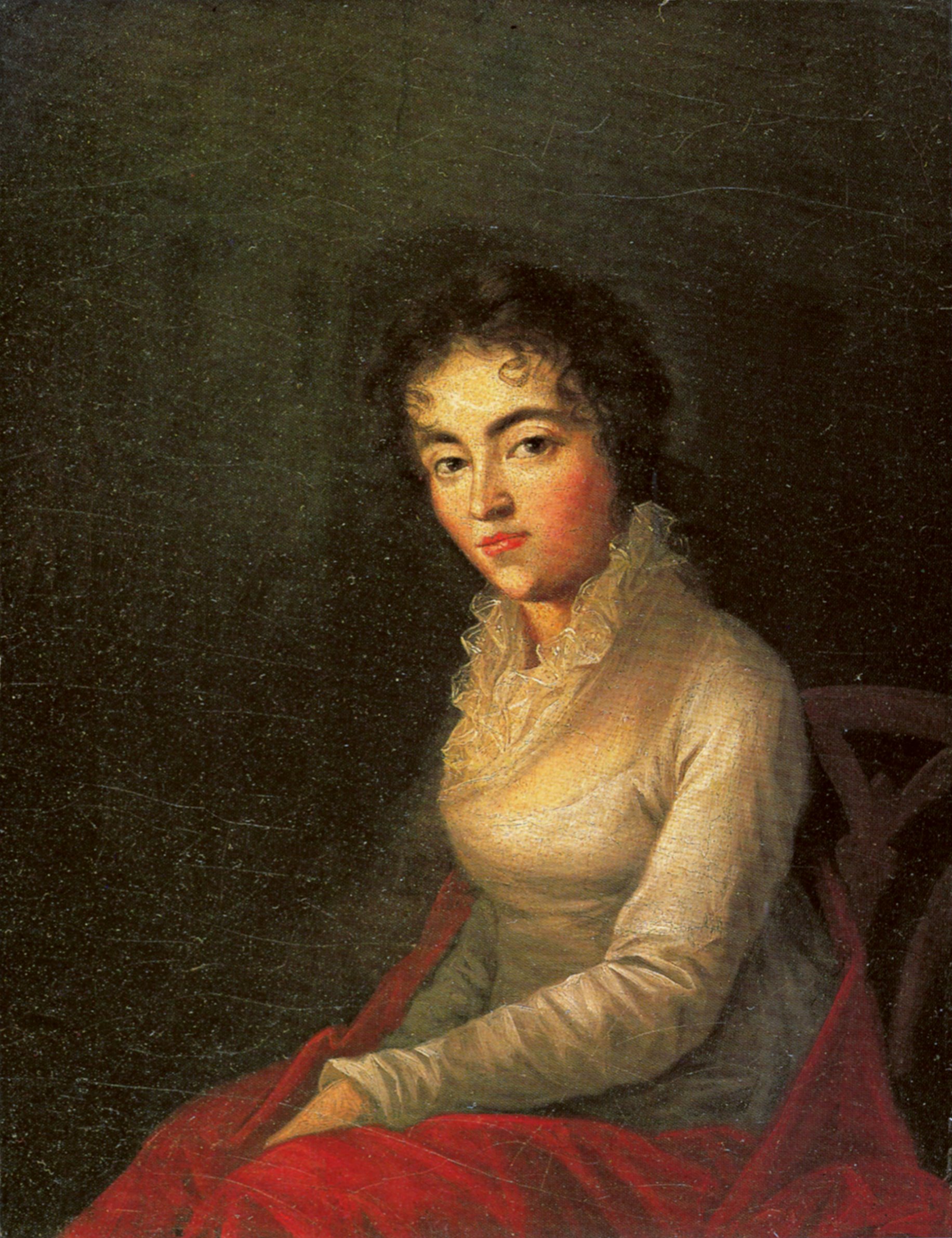 THE ART OF INFLUENCE

What captures a composer’s musical imagination and how that inspiration affects any one composition is often very difficult to pinpoint. And while tracing one-to-one relationships between composers tends to become the fodder for scholarly debate, there is little doubt that Ludwig van Beethoven found stimulation and musical challenges in the music of Wolfgang Amadè Mozart and C.P.E. Bach. Mozart also knew Bach’s works and reportedly referred to him as the “father” of the music of his day.

C.P.E. Bach’s own influences were wide-ranging and included his father, Johann Sebastian Bach, but ultimately Emanuel developed his own compositional style, especially during his thirty-years of service to the court of Frederick the Great of Prussia. He left the Berlin court in 1768 to accept a position in Hamburg—a post once held by his godfather Georg Philipp Telemann and analogous to the position his father had held in Leipzig.

Bach’s Sinfonia in C major is one of six symphonies for strings commissioned by Baron Gottfried van Swieten, who encountered the composer’s music when he served as an ambassador to the Berlin court in the 1770s. Although the two probably never met in person, van Swieten became a staunch supporter of Bach’s music. The only instruction with this commission was that Bach should write the music as he wished, resulting in works that were praised by a contemporary for their “original and bold flow of ideas.”

The unison opening of the Allegro assai is assertive and the distinctive rhythm at the start of this movement acts as a unifying feature, despite the surprises that soon emerge. The first occurs when Bach breaks the rhythmic and harmonic momentum by moving to an unexpected note and then simply stopping.

Quickly establishing and thwarting a pattern like this leaves the listener poised for other twists and turns, which Bach is happy to provide.

Bach then uses the predominant rhythmic motive of the first movement to plunge into the Adagio without any break. In this second movement the shades of light and dark are created through dynamic contrast and chromatic lines that seem to slide into place.

When he was eleven years old, Beethoven’s “youthful genius” as a pianist and composer was compared to Mozart. In 1787, Beethoven even traveled to Vienna, hoping to study with Mozart. Whatever contact the two composers had was brief; Beethoven received a message recalling him to Bonn because his mother was ill. Five years later, with the words of his patron Count Waldstein, “With the help of assiduous labor you will receive Mozart’s spirit from Haydn’s hands,” inscribed in his travel journal, Beethoven returned to Vienna in order to study with Haydn.

In Vienna at this time Beethoven was considered to be a great piano virtuoso rather than a great composer. This sentiment was implied by Baron van Swieten in an article on the state of music composition in Vienna in 1799, in which he praised the innovations of Bach and mourned the loss of Mozart but made no mention of Beethoven.

With the turn of the 19th century, that situation changed as Beethoven composed his first two symphonies (the first one dedicated to Baron van Swieten) and published his first set of string quartets and his first two piano concertos. All the while, Beethoven’s hearing loss was becoming more pronounced. After a series of unsuccessful treatments, he went to the village of Heiligenstadt in October 1802 to rest. Before returning to Vienna, he wrote an impassioned letter that, in part, described his struggles and his determination to continue composing “all that I felt was within me.”

The Piano Concerto No. 3 in C minor premiered, with Beethoven as soloist, on April 5, 1803; the first two symphonies and his oratorio Christus am Ölberge (Christ on the Mount of Olives) completed the program. Typically, preparations for an evening concert began early in the day; Beethoven was still copying out parts for his new oratorio before rehearsal which began in the morning and continued until just before the concert commenced at 6 pm.

From the beginning of the first movement of this concerto, Beethoven develops extended passages out of terse and contrasting thematic material.

The piano accentuates this, challenging the primacy of the orchestra with passages such as the runs that take advantage of the full range of the recently lengthened instrument. The interplay between the soloist and orchestra, especially at the closing of this movement, are thought to be inspired by Mozart’s Piano Concerto in C minor, K. 491.

Beethoven closes the boisterous and restless first movement on a single pitch: C. The reiterated note helps to mediate the shift from the key of the first movement (C minor) to the surprising and harmonically distant key of E major in the second movement. The quiet lyricism of this movement, which begins with solo piano, belies the technically difficult passagework for the soloist.

The beginning of the third movement—with the solo piano simply shifting back to the key of C minor—leaves the listener feeling as if something was missed.

Soon, however, the insistent and impish mood of the main theme infuses the whole of the rondo movement; Beethoven keeps us on the edge of our seats as he weaves in and around this main idea.

Upon hearing Mozart’s C minor Concerto, Beethoven reportedly said to a fellow composer, “We shall never be able to do anything like that!” In the context of Beethoven’s compositions, this statement can be understood as both an acknowledgement of Mozart’s influence and the challenge Beethoven set for himself to find his own distinctive compositional style.

Frustrated by his treatment as a member of the court of the Archbishop of Salzburg, Mozart left his job in 1781, moved to Vienna, and married Constanze Weber. Mozart wrote to his father frequently and at first his letters expressed hope for a bright future before becoming more cautious: “It is true that the Viennese often change their affections, but only in the theater; and my special skill is too popular not to give me the means to support myself.  … And, even if they do tire of me, it will not be for a few years.”

Much of Mozart’s time and energy in these early years in Vienna was spent composing and performing piano concertos. In the concerto, Mozart found inspiration through the challenge of balancing the solo instrument with the larger ensemble. The Rondo for Piano and Orchestra in A major, K. 386 presents some of these ingenuities in a single-movement form. The charm of this rondo lies in how Mozart establishes the initial idea before moving away from it, making each excursion and return a moment to savor.

While Mozart’s manuscript for this Rondo is dated, Vienna, October 19, 1782, other performance details about the work remain unverified. When Constanze sold the manuscript after her husband’s death, it was incomplete, leading to the assumption that the work was unfinished. The Rondo was not re-assembled until the 1980s, after the final measures had been discovered in the British Library.

From the end of July through October 1783, Mozart and Constanze visited Mozart’s family in Salzburg. On their way back to Vienna the couple made several stops, including a three-week stay in Linz at the home of Count Thun, an old family friend. Writing to his father on October 30, 1783, Mozart indicated that a concert was planned for November 4 and, because he did not have a symphony with him, he was “writing one as quickly as possible.” In that symphony, now called the Linz, each movement is constructed beautifully, despite being written hastily.

In Symphony No. 36 in C major, K. 425, an imposing slow introduction, the first in a Mozart symphony, gives way to the faster main part of the first movement. Here, a gently rising theme contrasts with dramatic, repeated chords, which recall the introduction.

There is a wonderful feeling of pushing forward and holding back throughout the movement with the ending becoming something of an enigma as Mozart hints at closing the movement several times before he accomplishes the task.

The lilting quality of the second movement, Andante, lends itself to a stroll, even as the first violin line suggests the lyricism of an aria.

The Minuet is regular in its triple-meter dance patterns and yet an interspersed, short, fanfare-like rhythm feels as if it is a musical wink and nod to the listener.

Instrumentation also defines moments of repose in the last movement, Presto, as passages for violins and viola provide a sense of release each time the intensity of the movement builds.

For the November 4, 1783 concert at Count Thun’s, Mozart also decided to compose a slow introduction for a symphony by the noted composer Michael Haydn, younger brother of Joseph Haydn. Because Mozart had copied out the entire Haydn symphony, including his slow introduction, as a present for Count Thun, it was previously assumed that this work was another Mozart symphony (No. 37).

Mozart sent the score of Linz to his father in Salzburg in February 1784, asking to have it copied after which he wrote, “You can send it back to me or give it away or have it performed anywhere you like.” Leopold chose the latter option; he led a performance in Salzburg on September 15, 1784.