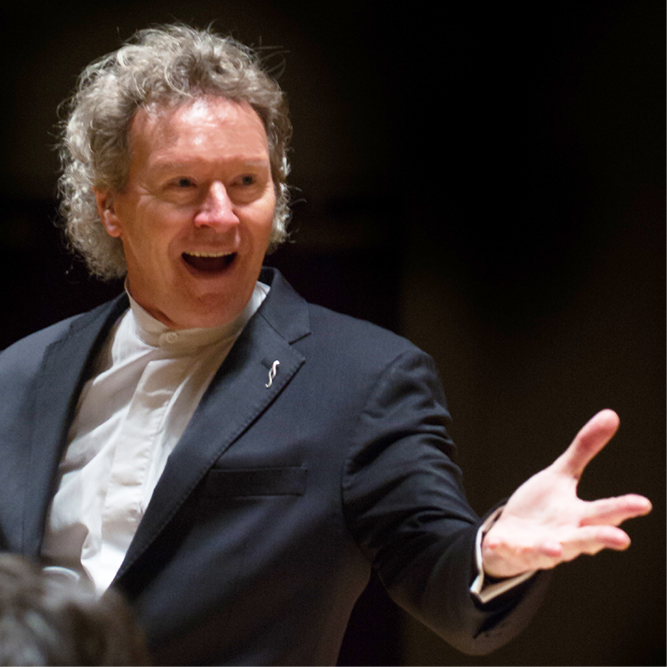 [Boston – October 19, 2021] A holiday tradition returns to Boston as the Handel and Haydn Society performs Handel’s Messiah. The concert is a hallmark of the H+H season that dates to its first concert in 1815 which featured the famed “Hallelujah” chorus. This year’s performance will be a special treat for audiences as Harry Christophers returns to Symphony Hall for his 13th and final season as Artistic Director of H+H. Featuring the H+H Orchestra and Chorus as well as Carolyn Sampson, soprano; Reginald Mobley, countertenor; James Way, tenor; and Roderick Williams, baritone; the concerts will take place Friday, November 26 at 7:30 p.m. and Saturday, November 27 and Sunday, November 28 at 3 p.m. at Symphony Hall in Boston.

One of the world’s best-known choral works, Messiah was first performed as a charity concert in Dublin in 1742. The Handel and Haydn Society gave the American premiere of the complete work in 1818 after first performing a portion of Messiah in 1815. H+H began showcasing the complete Messiah annually in 1854, making it one of Boston’s longest-running holiday traditions.

Now, Harry Christophers will lead the renowned period instrument orchestra and chorus in his final performance of Messiah as H+H’s artistic director, restoring the work to its original vitality, just as Handel would have experienced it.

“There is something special that happens in Symphony Hall when Harry Christophers conducts for H+H’s Messiah. He has truly mastered this music and the chorus and orchestra shine under his direction,” said Handel and Haydn Society President and

CEO David Snead. “It will be an emotional performance as Harry pours all of his knowledge and energy into this masterpiece for us one last time, and we are very excited for our audiences to experience it.”

Known herself for specializing in historically informed performances, on both concert and opera stages, soprano Carolyn Sampson will make her H+H. She has performed in New York, London, Paris and is a Gramophone Awards nominee for Artist of the Year. She’ll be joined by countertenor Reginald Mobley, bass-baritone Roderick Williams, and tenor James Way.

Handel and Haydn’s 2021-22 Season Performances include: