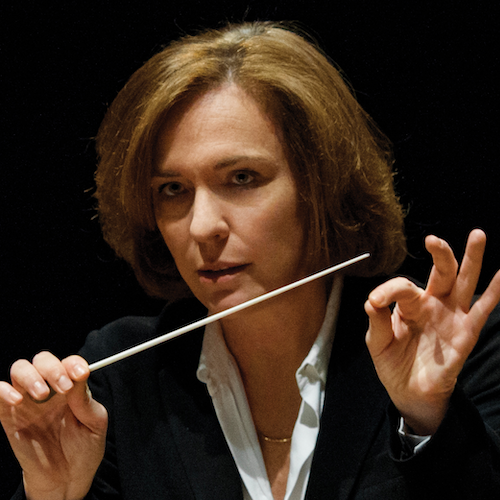 [Boston September 24, 2021] The Handel and Haydn Society will blend the softer side of Beethoven with the groundbreaking brilliance of Farrenc Friday, November 5 and Sunday, November 7 at Symphony Hall. Led by one of the leading French conductors of today, Laurence Equilbey, the H+H Orchestra will perform Beethoven’s Symphony No. 6, Pastoral and the H+H premiere of Farrenc’s melodic and dramatic Symphony No. 3.

Beethoven’s cheerful Pastoral Symphony is one of the most beautiful and recognizable pieces in classical music. A lover of the outdoors, Beethoven takes the audience through the countryside with birds calling next to a babbling brook as a summer storm rolls in. One of Beethoven’s few works containing programmatic content, Pastoral shows an intimate look at the joy he felt in nature.

In addition to Beethoven’s Sixth Symphony, Equilbey will guide the orchestra through Louise Farrenc’s Symphony No. 3. Farrenc was a sensation in 19th century musical Paris, was admired by Berlioz and Schumann, and was a champion of women’s rights. She was an esteemed professor of piano at the Paris Conservatory for over 30 years. Her compositions were largely forgotten until their relatively recent rediscovery at the turn of the last century. Farrenc’s Symphony No. 3 was her last completed work, known for intensity, energetic force, and melodic tunes. Equilbey is an expert on Farrenc and has spent years studying her work.

Acclaimed conductor Laurence Equilbey is recognized for her distinct artistic vision, with a demanding yet open-minded approach to her art. Equilbey first rose to prominence as Founder and Music Director of accentus, the award-winning chamber choir based in Paris. In 2012, she became the Founder and Music Director of the Insula Orchestra, a period ensemble devoted to performing the neglected works by historic women composers on period instruments. Known for bringing out the best in period-instrument performers, Equilbey forces audiences to sit up and pay attention as she breathes new life into often overlooked works of art.

“Farrenc was a profound composer that knocked down barrier after barrier to become a true force of music in Paris, and no one is better suited to bring her music to our audience than Laurence Equilbey,” said David Snead, president and CEO of H+H. “Equilbey brings extensive knowledge and passion to her work that will thrill our audience.”

Tickets for individual performances may be purchased by calling 617.266.3605 or visiting handelandhaydn.org. Student and group discounts are also available.

About the Handel and Haydn Society
Boston’s Grammy-winning Handel and Haydn Society is dedicated to performing Baroque and Classical music with a freshness, a vitality, and a creativity that inspires all ages. H+H has been captivating audiences for 207 consecutive seasons (the most of any performing arts organization in the United States) speaking to its singular success at converting new audiences to this extraordinary music, generation after generation. Today, H+H’s Orchestra and Chorus delight more than 50,000 listeners annually with a nine-week subscription series at Boston Symphony Hall and other leading venues. Through the Karen S. and George D. Levy Education Program, H+H supports seven youth choirs of singers in grades 2-12 and provides thousands of complimentary tickets to students and communities throughout Boston, ensuring the joy of music is accessible to all. H+H’s numerous free community concerts include an annual commemoration of the original 1863 Emancipation Proclamation concert on December 31. The artistic director of the Handel and Haydn Society is Harry Christophers. Under Christophers’s leadership, H+H has released 15 CDs on the Coro label and has toured nationally and internationally. In all these ways, H+H fulfills its mission to inspire the intellect, touch the heart, elevate the soul, and connect us with our shared humanity through transformative experiences with Baroque and Classical music.