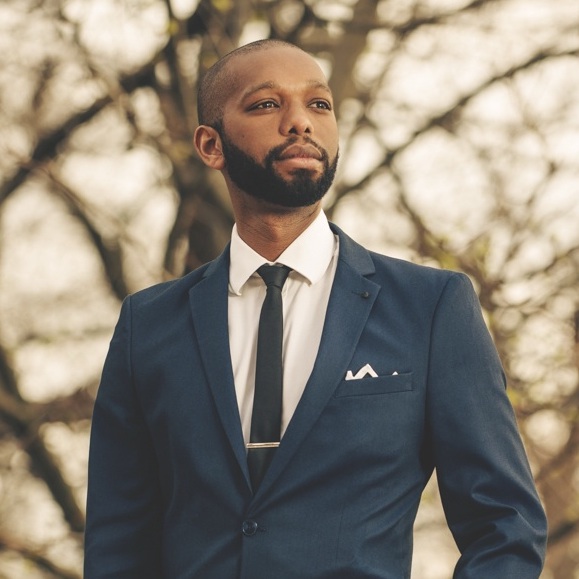 Brooklyn-based composer and bass-baritone Jonathan Woody recently composed his Suite for Orchestra after the works of Charles Ignatius Sancho, an H+H commissioned work based on music in the compositions of Charles Ignatius Sancho (1729 – 1780), the first person of African descent to publish classical music. In this blog post, Woody discusses more about the process of creating this piece.

What did you find particularly interesting or impactful when researching Charles Ignatius Sancho?

It was particularly poignant to me that he was the first Black Briton to have voting rights in a parliamentary election. The power of a voice, whether musical or
political, is deep, and something that reflects the humanity of all people, including and especially when those people are marginalized or “othered.” I’m inspired by Sancho’s refusal to silence his own voice, and also by the pragmatism and practicality with which he went about his life; after all, the search for equality isn’t always about heroes who fight defining struggles against power. Sometimes it’s the small heroism of simply insisting on one’s own value and having the courage to live a complete life. That Sancho did so, and that we have the historical record of it, is inspiring and humbling for me.

I was very excited about this project because I love the orchestral music of the mid-18th century and I was thrilled to make my own attempt at the genre. It was a little intimidating, as the players of H+H are very familiar with the masters of the era, and I wanted to do the works of Charles Ignatius Sancho justice in fleshing them out into something enjoyable for everyone to play. But it was also a challenge that was fun to sink my teeth into, and I think it pushed my creative skills a little bit toward the next level.

How would you describe the piece?

It’s a suite, an orchestral work based on European dance forms that by Sancho’s time had been set to music for about 200-300 years, and which was actually starting to fall out of favor while he lived. It has five movements: Ouverture, Allemande, Courante, Sarabande, and Gigue, each of which have an “A” section and “B” section which both repeat. The whole thing is about 10 minutes long. It features the whole orchestra, and each movement is a sort of morsel in a different mood, with a melody inspired by various smaller works by Sancho.

Can you walk us through the creative process for this project?

I spent a lot of time listening to Sancho’s songs, minuets, and dances, and I spent more time listening to examples of dance forms from the Baroque and Classical periods. I selected a few of Sancho’s melodies that I thought were particularly interesting, then it was a matter of envisioning how the Sancho melody might get extrapolated into one of those dance forms. I also had to think about keys and how they would relate to one another from one movement to the next, and I paid attention to how each orchestral section: violin, viola, cello, and bass, got shown off in the other Baroque works. I tried to write something that would be fun to play for each section even as it sounded good and stayed true to the character of Sancho’s music.

How did you settle on the themes for the piece?

I did so rather organically, choosing the source melodies from Sancho’s admittedly limited surviving works that sounded the most tuneful and had a bit of character to them. I chose the format of the suite because it’s a form that I have always loved in pre-1800s music, as it provides at once a familiar constraint (the particular dance rhythm) and yet seemingly limitless creativity in how that parameter can be explored and realized.

Don’t miss the live performance premiere of this exciting new piece on October 8 + 10!