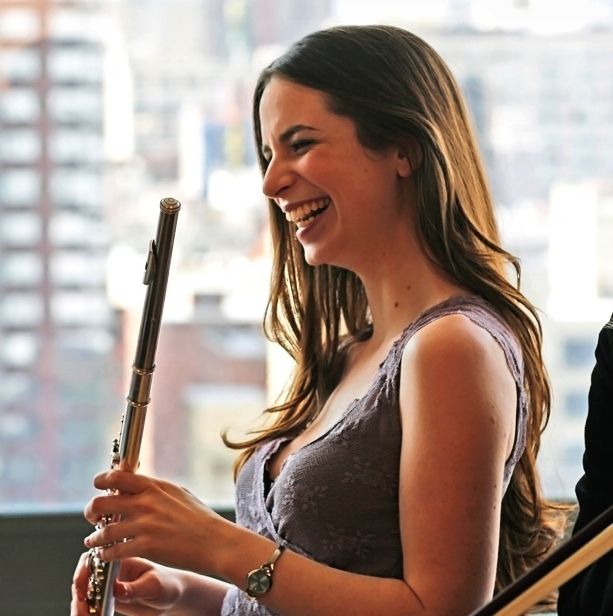 As a native of Brookline, Massachusetts, Emi Ferguson grew up listening to the Handel and Haydn Society. She stretches the boundaries of the modern-day musician as a flutist, singer, and composer, performing with groups including the American Modern Opera Company, New York New Music Ensemble, the Manhattan Chamber Players, and with period ensembles including Tafelmusik, Les Arts Florissants, the American Classical Orchestra, Trinity Baroque Orchestra, and Juilliard415. She has spoken and performed at several TEDx events and has been featured as an ambassador for classical music on media outlets including The Discovery Channel, Vox’s “Netflix: Explained” series, Amazon’s “The Marvelous Mrs. Maisel,” and various TouchPress apps. Her debut album, Amour Cruel, described as “baroque pop” by the Washington Post, features Emi as a singer, flutist, composer, and arranger, and spent four weeks on the Classical, Classical Crossover, and World Music Billboard Charts. She is passionate about developing new work, has collaborated with many of today’s most exciting composers, and is currently on the faculty of the Juilliard School and the Bach Virtuosi Festival.