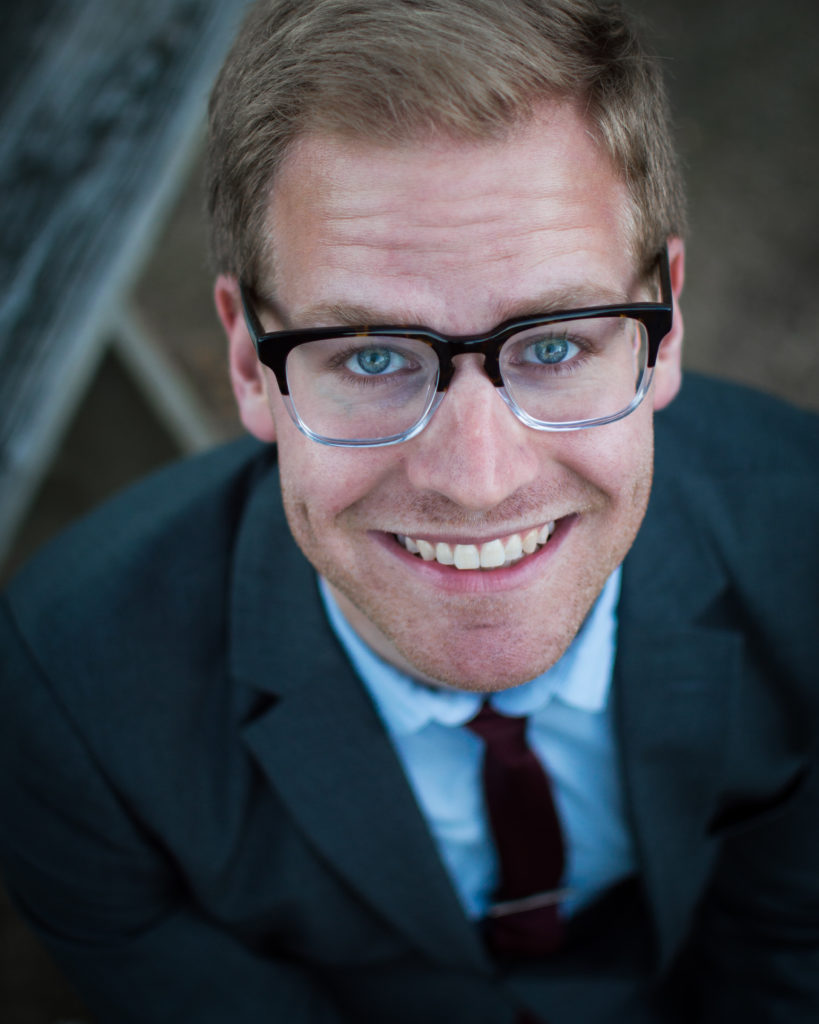 Praised for his “masterful acting” and “fine singing,” American tenor Ethan DePuy brings his unique dramatic style to works ranging from the Baroque era to now. Highlights of the 2015-16 season included his first performances of the Evangelist in Bach’s Christmas Oratorio, the world premiere of an oratorio by James Kallembach, and his debut with BMOP in Schuller’s The Fisherman and His Wife.

Equally accomplished in the worlds of opera and oratorio, DePuy trained as a young artist at the Chautauqua Opera Company, Ash Lawn Opera, and the Brevard Music Center. He has refined his craft as a concert soloist through his work with Music at Marsh Chapel, where his solo performances have included Bach’s St. Matthew Passion and Easter Oratorio, Rachmaninoff’s All Night Vigil, Buxtehude’s Membra Jesu Nostri, and numerous sacred cantatas of Bach. A native of Rochester, NY, Ethan earned degrees from SUNY Fredonia and Arizona State University.