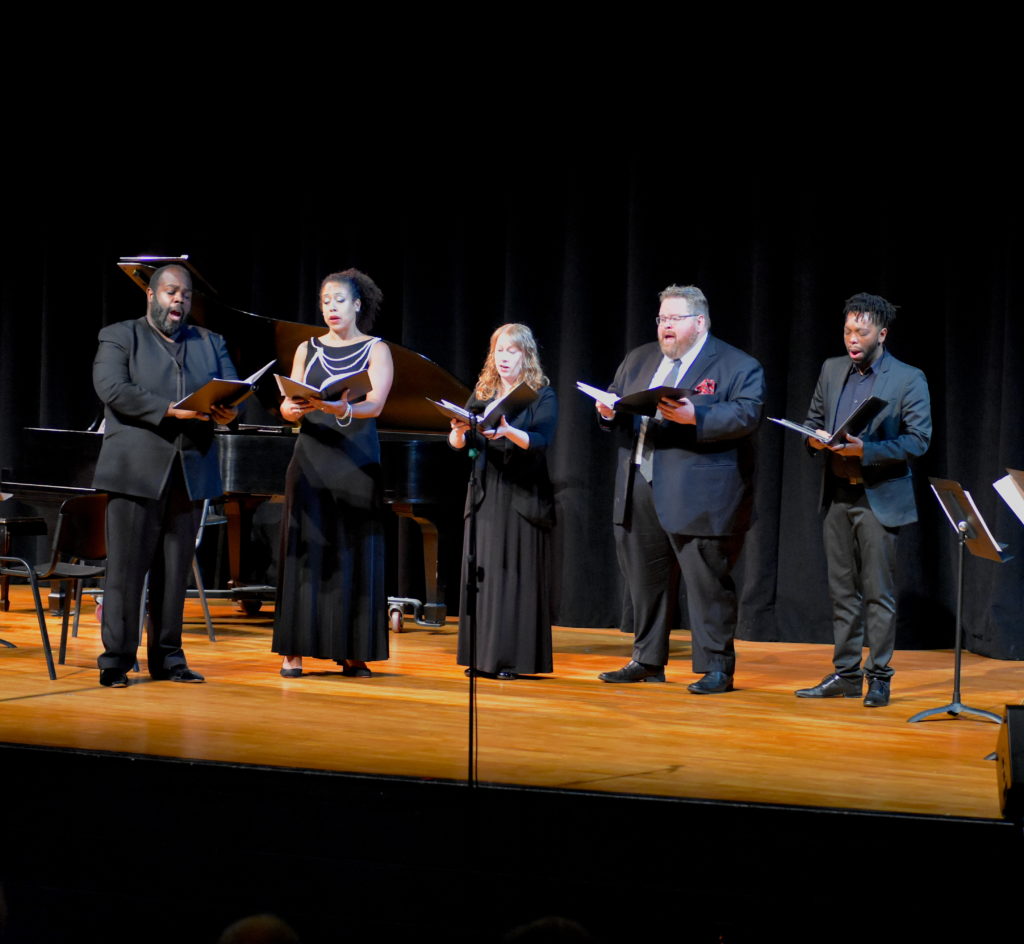 Dear Members of the H+H Community,

The past week has seen yet another heart-wrenching reminder of the tragic truth about the continuing blight of racism in our country. The murder of George Floyd was the latest in a long, long trail of brutality against Black people and other people of color, going back to before this nation began. It is well past time for this injustice to end.

H+H’s advocacy for racial justice dates back to at least 1863, when we performed at Boston’s celebration of the Emancipation Proclamation – an event we commemorate every year with a free concert in partnership with the Museum of African American History.

In April, 2019 H+H collaborated with Castle of Our Skins to present a celebration of music by Black composers across three centuries, presented at Roxbury Community College. The centerpiece of the program was the world premiere of Nigra Sum Sed Formosa: I Am Black But Beautiful, by Jonathan Woody, its text recounting injustices quietly suffered by Black people in our country every day. Reginald Mobley conducted members of the H+H Chorus and Youth Chorus, accompanied by Julia Scott Carey, keyboard, and cellist Francesca McNeeley.

I would like to share with you the video of the world premiere performance, in the hope it inspires us to together build a better nation – one truly dedicated to liberty and to the solemn proposition that all people are created equal.

The question remains, though: what is H+H’s role, as an arts organization, in this essential work? The words of Lawrence, Mass. native Leonard Bernstein, speaking at another time of national mourning – the assassination of John F. Kennedy – come to mind. “We musicians, like everyone else,” he said, “are numb with sorrow at this murder, and with rage at the senselessness of the crime. But this sorrow and rage will not inflame us to seek retribution; rather they will inflame our art. Our music will never again be quite the same. This will be our reply to violence: to make music more intensely, more beautifully, more devotedly than ever before.”

Nearly 60 years later, we now know that as powerful as our music is, it is not enough. Neither is simply standing with those who are working to remove the stain of racial violence. As a leading arts organization in our community, we must do just that: lead. Inequity and injustice are fundamentally antithetical to H+H’s values and beliefs. We grieve with all of you over the tragic killings of George Floyd, Ahmaud Arbery, Breonna Taylor, and so many, many others. Black lives matter. I look forward to sharing with you H+H’s plans to help create a more welcoming and inclusive Boston.

Learn More About This Performance